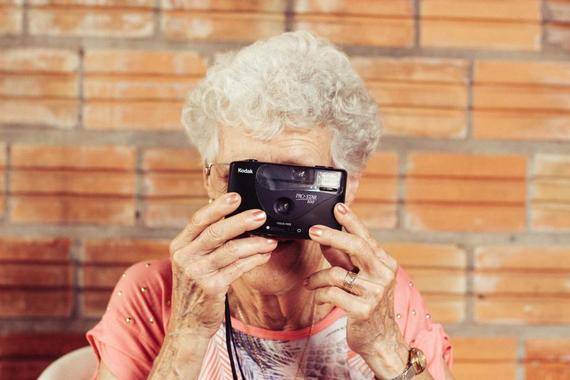 Also known as, "This, too, shall pass." While it's true that after a personal tragedy, things do eventually seem to get better, life can be hard as hell before the good comes. But the idea that time is the healer is not totally true. When I think about the hurt and shame that was allowed to fester after my childhood abuse, time didn't heal that. Time allowed the wound to grow larger, the infection to spread, and if a doctor had been able to look at my pain from a medical perspective, they might have amputated my entire leg, when the issue started with only a toe.

My wounds were healed years later, after a great deal of pain and suffering and confusion. But the wound had to be recognized first. You have to acknowledge pain before it can heal. I had no childhood counseling, no way to cope with what happened to me. Time never healed anything. It wasn't until after a major suicide attempt, time on the psych ward, a great deal of therapy, prayer, Sacraments, and a very strong support system that I found healing.

Time, on it's own, does not heal all wounds.

2) "God helps those who help themselves."

It's embarrassing to admit how many times I have heard people quote this out of ignorance, as if it were truly in the Bible. Algernon Sidney said it originally, and later Benjamin Franklin made the words famous.

God said something quite to the contrary. Romans 5:6 makes this statement, "For while we were still helpless, at the right time Christ died for the ungodly." Isaiah 25:4 says, "For You have been a defense for the helpless, a defense for the needy in his distress, a refuge from the storm, a shade from the heat..."

We see the story of the Good Samaritan and of Jesus kneeling in the dust with the woman caught in the very act of adultery. The religious leaders of the day were fully prepared to stone her to death for her misdeeds, but Jesus stepped in and saved the life of this woman who could not help herself.

Let us be careful when putting God's name on our politics and prejudices.

3) "Things could always be worse."

This is about the least helpful comment you could make to someone going through a difficult time. In our attempt to help, to give strength, or to push, drag, or pull someone out of a period of distress, we often say some really dumb things.

4) "Sticks and stones may break my bones but words will never hurt me."

Words hurt. The pain inflicted today via cyber-bullying includes lots of words. And for the child enduring the taunts and shaming of another, those words hurt. People have committed suicide from the pain of words. I know many who have stepped away from their faith because of the hurtful words of well-meaning church leaders. Words do hurt.

Sticks and stones break bones, but words have the power to crush a soul for a lifetime.

Sadly, I learned this lesson in ministry school. It ties back in with the concept that time heals all wounds, or the country song, "If you're going through hell, keep on going." It's the concept that life is hard, but just keep moving. Don't let them see you have a bad day.

It's the idea that if you tell yourself something long enough, eventually you'll believe it. If someone has wounded you deeply, just tell yourself, "I forgive them" until eventually, you will.

The world is full of fake people. I wore the mask of performance and perfection for many years. But honesty and vulnerability have brought a new kind of strength and healing and energy to my life and I don't ever want to go back. Maybe you can fake it til you make it, but it's a rotten way to live.