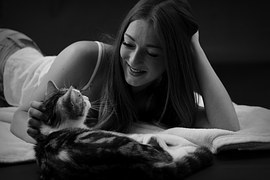 According to the Bureau of Labor Statistics, over 50% of Americans are single, even though there is internet dating, speed dating, Facebook, Twitter, Instagram, meet-up groups, games nights, sports bars, running groups, workout groups, chat groups. There are wine tastings, travel clubs, networking events, dog parks, and reality shows. And these are just a few of the places where singles are hedging their love bets! Even though more and more singles are trying new and innovative ways to find that special someone many still find themselves alone and lonely.

Everyone wants to be loved and being part of a couple is still the societal norm that most people aspire to. In the quest to couple, dating rules are being relaxed and women especially are making some fatal mistakes that are keeping them in the dating pool longer. This article will reveal five of those mistakes.

1. Becoming too Possessive and Expecting Commitment Behavior Before a Commitment is Established. 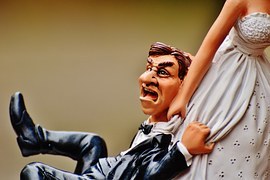 If you have just met what seems like a great guy and you've had three or four dates, please don't feel like you have the right to question his whereabouts, go through his phone or search his home. That's too scary! It is a signal to the average man to run. This behavior will make him think you are unstable. Slow it down and learn to control your emotions, because becoming too possessive may end the relationship before it starts.

During this early relationship phase, most guys are just smelling the flowers and trying to decide which one to pick or IF he wants to pick one. Just because he has shown interest in you does not mean that he has forgotten about all the other women in his life. If he begins to feel genuine affection for you, he may indeed delete his little black book, but it could take a while. Thinking that he has immediately given up all his options is naive.

Instead of expecting commitment behavior, use this phase of the relationship to get to know him. Instead of wondering what he does with his days and nights or who he is talking to or texting, I suggest that you focus on getting to know who is in front of you. Determine if he is who he presents himself to be or is he presenting to you a carefully crafted facade, meant to deceive you. You should also focus on keeping your options open and continuing your search for the love you deserve.

Until the two of you have come to a consensus that you want to commit to an exclusive relationship, do not expect a commitment or commitment behavior. Just enjoy the relationship for what it is. Don't assume that it is a committed relationship when all the signs point to a hook-up or friends with benefits relationship.

2. Entering each relationship thinking it will lead to marriage

Each relationship has a reason, season and a lesson attached to it. Some relationships come to teach you things you need to know before you find "the one." 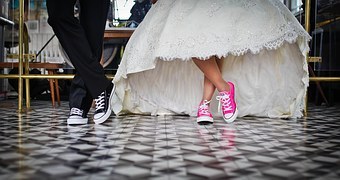 Then, of course, there are those that help you identify what you want and don't want in a relationship. Still others allow you to work out your childhood dysfunction. And, thankfully, there is a smaller subset of lasting and "till death do you part" relationships sealed by a lifetime commitment and marriage. Before you offer your heart to someone, analyze the relationship and determine what type of relationship it is.

Approach the getting to know you process as if you are entering school on the first day of first grade. You don't spend your first day of school planning the graduation party or senior prom. There are lessons learned along the way. If you enter first grade with only graduation on your mind you're going to miss all the snacks, naps, education, plays, summer breaks, getting your first locker in middle school, your first crush, your second crush and your third. You are going to miss getting sent to the principal's office, pranks, practical jokes, cheerleader and volleyball tryouts, winning the spelling bee and getting all A's on your report card. There's a lot of learning that occurs between first grade and graduation and there's a lot of living, loving and learning between the first date and the wedding date. Let the relationship naturally mature. Think of it as an adventure and if it doesn't lead to a wedding day, you will have had fun along the way and hopefully some great stories to share.

3. Seeing what you want to see instead of what's there.

There is an old adage that says, "Hindsight is 20/20." The goal is to have your love vision be 20/20 not only in hindsight but also from the initial meetings and conversations. 20/20 love vision is accomplished by reading the signs and seeing what's really there instead of settling for smoke and mirrors and what you want to see.

Chris Rock says that in the beginning of a relationship "you never meet the true person you meet their representative." You have to amass the skills necessary to see past the representative to the real person. To keep from being hurt over and over again, you must be willing recognize and embrace the facts as they are and not interject your own romantic notations and fairy tales into the situation. To begin the process, ask yourself, "What is the truth about the person and the potential relationship?" and "What could I be choosing to overlook?"

I've seen women and men overlook a multitude of sin and lie to themselves, saying, "I didn't know". The sad truth is they consciously or unconsciously chose to overlook the obvious. They chose to look over bad boy ways, affairs, drinking problems, drug problems, gambling problems, domestic violence, irresponsible parenting, disappearing acts, obvious lies, uncaring behavior, prison records, love triangles, bi-sexual activities and Deal Breakers of every kind. When it comes to relationships ignorance is not bliss. Ignorance can be FATAL.

To see what is really there you have to ask the right questions, read the signs, do the research, recognize the truth and know when you are being told what you want to hear rather than the truth. Don't be so enamored with the representative that your common sense takes a vacation and your ability to reason and think critically is lost. Use all your senses and see what is in front of you regardless of how he may try to camouflage the truth. Look past the representative and discern the true essence of your potential partner. If in doubt make sure your closest friends or family members meets him. They will often see what you cannot see and will tell you those things you need to, but don't want to hear.

4. Allowing yourself to become a docking station, when his battery is low.

One of the best parts of a good relationship is great sex. 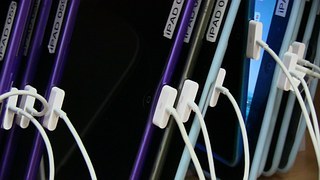 It is a perfectly normal part of a relationship, but there is a time and appropriateness for sex. Do not allow yourself to be a docking station just because you are lonely and he needs a place to plug in. This points to desperation and will never make a man love you.

Men are not moved by sex. They are moved by what they feel for the woman they are having sex with. If your relationship has not developed to at least a mutual respect and admiration level, let him dock his appliances somewhere else. Before you let a guy charge his battery at your docking station, make sure that you are not just any docking station around the city. If his battery is low, he won't care whose charger or docking station he uses. Of course, he's not likely to tell you that you are just any docking station, it is up to you to unearth the truth and discover if he has affection for you or if you are merely an avenue to get his appliance charged.

Think about it, when you need a charge anything goes. I've asked perfect strangers in an airport if they had a charger that would fit my phone or electronic device. And men looking for emotionless non-committal sex will do the same thing in any nightclub, restaurant, sporting event or airport. In desperate times a docking station is only a docking station until you find your personal charger. If you skip the logical progression of steps you can become the community docking station. Relax, slow down and do your best to only charge the appliances that you are familiar with.

5. Not communicating your feelings 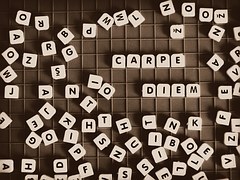 Healthy relationships are about effectively communicating, getting on the same page and enjoying and loving each other. The best way to get the relationship you want is to openly and honestly articulate your needs to your partner and to listen to his wants and needs.

Most men I know are not mind readers. And believe it or not, when they ask, "What's wrong?" it's because they simply don't know. Men think differently, react differently, and process events and situations differently. And when it comes to a woman's logic, emotions and feelings, most men do not have a clue!

I learned this lesson from my best friend who often asks, "Can you translate this situation for me, because I don't speak woman-ease." He loves his girlfriend and is totally committed to her, but many things that she thought he should have known he did not know. When I take the time to present a woman's perspective to him logically and calmly he gets it and sets out to address the offending behavior. He is a quick study and when he knows what's wrong he makes every effort to make her happy, because he loves her.

USE YOUR WORDS. Ask for what you want. If you are upset, express your upset clearly and stay on the topic of what you are currently upset about. Don't use your upset to rehash every argument you've ever had.

After a little introspection, you might discover that your upset has nothing to do with your partner. It could be old recordings from your past playing in your head.

These five mistakes are submitted for your consideration. Analyze your behavior in relationships and determine if you can find ways to avoid these mistakes. Finding the right mate can be an arduous task, but it can be entertaining, interesting and enlightening if you put your best foot forward and embrace the process and always be unapologetically you. 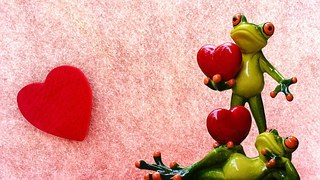