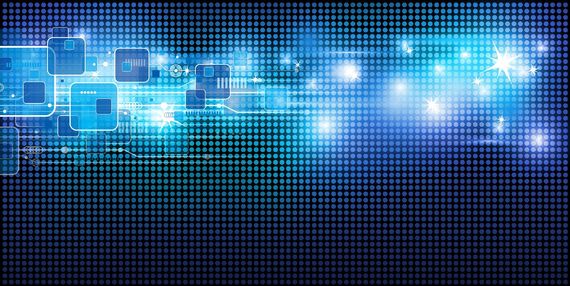 Blockchain technology is the most important invention in computing in a generation because, for the first time in human history, we have at our disposal a truly native digital medium for peer-to-peer value exchange. Blockchain, a vast global platform based on a distributed ledger, establishes the rules -- in the form of computations and heavy duty encryption -- that enable two or more parties to transact or do business without needing a third party to establish trust.

Rather than relying on a bank, government or other intermediary to create trust, the blockchain ensures it through mass collaboration and clever code. Trust is built into the system, which is why we call blockchain the Trust Protocol.

Taken one step further, the blockchain also acts as a ledger of accounts, a database, a notary, a sentry, and clearing house, all by consensus. We believe it is the second generation of the Internet and holds the potential to rewire the economic power grid and shake up the old order of things for the better.

Here are the five main myths about blockchains:

(Read an excerpt of our book, Blockchain Revolution, here.)

Many people, especially those in the financial services industry, are excited about the potential of blockchain technology, but believe that digital currencies like bitcoin are unfeasible, undesirable or even dangerous.

Whereas the bitcoin blockchain is entirely permissionless -- that is, anyone can access it via an Internet-enabled device and interact with it like they would the open Internet -- permissioned blockchains require users to have certain credentials, like a license to operate on that particular blockchain, granted by the members or some governing body. Permissioned blockchains use distributed ledger technology without having a digital currency attached.

At first blush, these private and permissioned blockchains appear to have a few clear advantages. For one, members can easily change the rules if they so desire, as they only need to get their small group to agree to a change, rather than convincing a huge network of people. Costs can be kept down, as transactions only need validation from the members themselves, not a network of millions of participants. This streamlining could reduce electricity usage too, which is good for the environment. Regulators might also prefer them over public blockchains, like the bitcoin blockchain, because they need not be anonymous or pseudonymous.

But not so fast. The easier it is to change the rules, the easier it is to flaunt them. Intentionally limiting certain freedoms or access can inhibit neutrality. With no open value innovation, the technology is more likely to stagnate and become vulnerable. Further blockchains tied to a digital currency like bitcoin have a built-in system to incentivize people to do the work necessary to validate transactions.

2. The main opportunity for blockchains is in the financial services industry.

The financial services industry can transform itself around blockchain technology, if it can find the leadership to do it. The technology holds great promise to revolutionize the industry -- from banks to credit card networks and everything in between. When everyone shares the same public, distributed ledger, settlements occur instantly for all to see. Banks could speed up the metabolism of the system, and cut out massive costs. The smartest incumbents will use blockchain technology strategically, including permissionless systems to penetrate new markets like the unbanked and bring new services to market.

Yet financial services are the tip of the iceberg.

Blockchains can disrupt the disrupters like Uber. They will be at the heart of the Internet of Things -- animating the physical world by, for example, allowing smart devices to contract, transact and securely share data peer-to-peer through blockchains.

They can reinvent democracy by making politicians accountable to citizens through smart contract. Imagine if a politician only received her salary or an appropriation for a project after fulfilling pre-set objectives laid bare in that smart contract. She would be beholden to the people, not powerful interests or donors.

3. Blockchains are really a B2B thing. They won't affect me personally.

We're convinced that this technology will change our economy, our institutions and day-to-day life in more dramatic ways than the first era of the Internet.

These are but a few ways blockchain will help you.

4. Blockchains have too many problems for them to be feasible.

Some say the technology is not ready for prime time; that it's still hard to use, and that the killer applications are still nascent. Other critics point to the massive amount of energy needed to reach consensus in the network: What happens when thousands or perhaps millions of interconnected blockchains are each processing billions of transactions a day? Are the incentives great enough for people to participate and behave safely over time, and not try to overpower the network? Is blockchain technology the worst job killer ever?

We know for a fact that he is not the sole creator. The reason? We -- Don Tapscott and Alex Tapscott --- are among those who created bitcoin.

Let us explain. Whomever wrote the original bitcoin paper and protocol got things off the ground. Then he (or she) disappeared, leaving it to an ever-growing community to carry on. This community is now responsible for the vast majority of code and other content related to bitcoin. In that sense, we are all Satoshi.

Which is why it doesn't really matter who wrote the original paper. In other open source communities, such as Linux, there is an ultimate arbitrator. Bitcoin, and for that matter all permissionless blockchains, will never have such a benevolent dictator. As such the entire ecosystem needs to take the next steps in achieving bottom-up, self-organizing governance to steward these extraordinary resources forward.

This post is adapted from Don & Alex Tapscott's new book, BLOCKCHAIN REVOLUTION: How the Technology Behind Bitcoin is Changing Money, Business, and the World and originally appeared in Thomson Reuters. 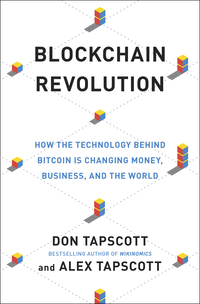