For the first time since becoming a state in 1850, Latinos are the "new majority" in California, representing the largest ethnic demographic in the country's most populous state. While Latinos account for 39 percent of California's population, they are disproportionately exposed to dangerous air quality, health impacts, and adverse economic risk from dirty fuels.

In fact, the five most polluted cities in America are all in California -- and all have majority Latino populations living in them. The main source of the pollution is the transportation sector, more specifically, the dirty fuels that power California's transportation sector, responsible for nearly 70 percent of smog-forming gases and 40 percent of the state's climate change pollution every year. 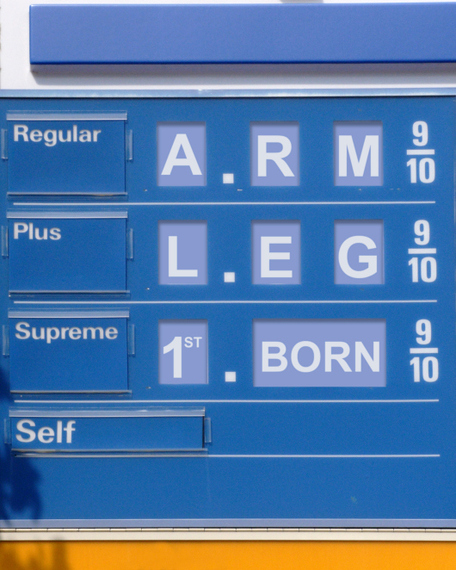 A new report by EDF and the America Lung Association gives us a stark look at the impact of dirty fuels and offers a path forward to build healthier and stronger communities with cleaner fuels via the state's Low Carbon Fuel Standard (LCFS) and cap-and-trade (C&T) program. California Latinos, the population with the highest risk and exposure, should be paying close attention. Here are five reasons why:

1. We Breathe the Dirtiest Air -- Latinos account for nearly two-thirds of California residents in the top 10 percent most polluted ZIP Codes. This pollution can have serious health impacts on communities; roadway pollution alone causes 9,200 premature deaths per year in the state. However, the report outlines how the LCFS and C&T will prevent 600 heart attacks and 880 premature deaths by 2025, and provide savings of $8.3 billion in pollution-related health costs.

2. Our Kids Suffer -- Asthma is the leading cause of school absenteeism from a chronic disease (1.2 million missed days a year), and polluted communities with large Latino populations like Los Angeles and the Central Valley are a "cooking pot for asthma." Kids missing school is bad enough, but parents having to miss work to care for them and pay expensive medical bills creates a huge economic burden. In contrast, the LCFS and C&T will prevent 38,000 asthma attacks and almost 75,000 lost work days by 2025.

3. Fuel Prices Keep us Vulnerable -- There is no such thing as cheap gas; we pay for it with our public health and financial vulnerability when prices spike. In 2012, a staggering 88 percent of California Latinos reported financial hardship due to rising gas prices. The only way to reduce our financial vulnerability to price spikes is to break the oil monopoly and diversify our fuel sources beyond oil and gas; the LCFS and C&T will help make that transition happen. These policies will create savings of approximately $6.9 billion from increased energy independence and reduce consumption of 21.4 billion gallons of gasoline and 11.8 billion gallons of diesel fuel by 2025.

4. Dirty Fuels Makes Climate Change Worse -- 73 percent of California Latino voters say the effects of global warming have already begun. For regions like Los Angeles we can expect triple or quadruple the number of "extreme heat" days over 95 degrees Fahrenheit. Vehicle exhaust from dirty fuel plus extreme heat results in elevated ground-level ozone, or smog, and can mean that outdoor activities should be severely restricted, especially for young children and the elderly. The LCFS and C&T, on the other hand, will result in savings of $7.9 billion in social cost of carbon damages and a reduction of almost 165 million metric tons of climate pollution by 2025.

5. We Can Make a Difference -- An overwhelming majority (88 percent) of California Latino voters say it is necessary to take action against climate change, and 68 percent believe regional air pollution poses a serious threat. Equally overwhelming majorities (90 percent) of California Latino voters want to require fuel providers to reduce the carbon intensity of transportation fuels by at least 10 percent by the year 2020. Guess what: The LCFS and C&T will do just that! California Latinos recognize the need for cleaner fuels and should take the lead in advocating for policies that improve the health and economic well-being of their communities. The future of our state depends on it!