Democrats agree that Hillary Clinton's savage foreign policy takedown of Donald Trump was awesomely overpowering. But why? What was it that made it the high point of her political campaign?

There are five reasons that the speech, which was the greatest of her political career, presages a Clinton presidency that successfully continues the legacy of the Obama administration.

1. She was talking about foreign-policy, which is her expertise. Donald Trump's foreign affairs experience is limited to three honeymoons.

2. She was standing behind a podium, giving her a sense of personal space, a comfort zone, and power. She may believe that walking among the crowd is effective and it may be, in person. But 99% of the viewers are watching on tv, and it just doesn't translate. 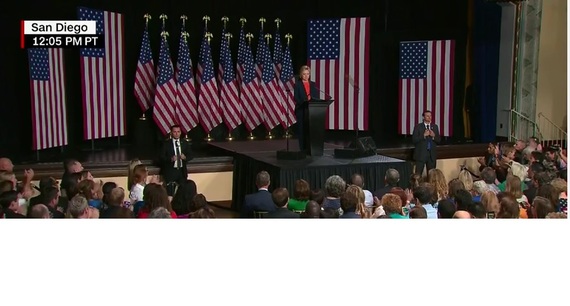 3. She was not holding a microphone, which she often grabs and holds vertically. As a former stand-up comic, that's the equivalent of hearing fingernails scratched on a chalkboard while gargling with orange juice after brushing your teeth. A microphone should be held lightly, at a 30 or 45 degree angle.

4. She didn't rely on that stupid thumb emphasis that Bill always used. 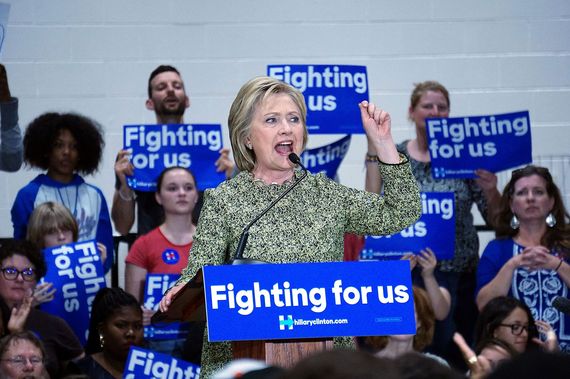 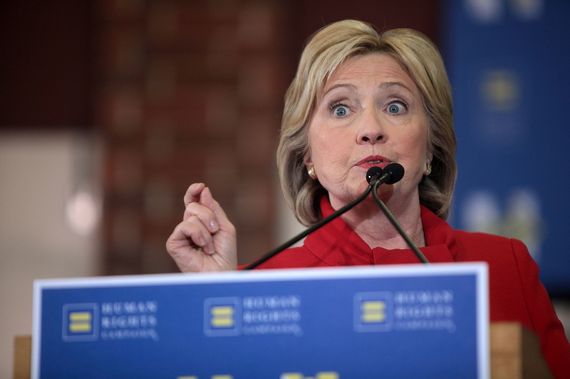 As terrific as the speech was, there was one problem: the way audience was miked.

Sorry to be sexist about this, but Hillary still needs men in the audience so the sound of the response is more balanced. If it's just female voices laughing and mocking, it sends a message that women are with Hillary (which they are), but she needs to convince male voters of her abilities as well.

The truth is, It's still effective if the only people you hear laughing are women, but in a different way. Its a sign that she has the women's vote, for sure, but it ridicules Trump in a way that is sure to get under his (thin) skin, to have women mocking and scorning him. Its a valid message because he is so needy of women's approval (why else is he always surrounded by eye candy, why does he continually trade in his trophy wives, and why did he buy the Miss Universe Pageant?)

Take a look at the speech, and watch for the things other performers will watch for when they evaluate the speech technique.