Last week, The Atlantic Wire reported that The Onion's move back to the Midwest is not going as smoothly as the company's higher-ups had hoped.

In typical fashion, the New York publication called the satirical newspaper's planned move to Chicago the "biggest upheaval in the newspaper's 24-year history" -- even though the paper originated in Madison, Wisconsin before opening offices in New York in 2001.

Onion CEO Steve Hannah told The Atlantic why he decided to move the company to Chicago:

... The Onion's return to Chicago brings it back to its Midwest roots, given its Wisconsin origins. "To me, this is honestly somewhat of a homecoming," he said. With Chicago's history as an improv comedy hub and its lower cost-of-living, he said the move ensures the company will remain independent and grow. "I see enormous benefits in having this whole company under one roof."

Hannah hoped to bring the Onion's 16 full-time editorial staff members to the Windy City, where they would join the A.V. Club staff and the Onion News Network. So far, however, only five staffers have agreed to move, despite being offered relocation packages and raises.

While we totally get not wanting to pack up and leave a city you love, we were a little miffed by some of the reasoning behind the resistance (our own angry emphasis added):

The holdouts are less confident that the editorial magic will survive the turnover of two-thirds of the staff. "Nothing against Chicago. I think it's a great town. But we're here in the center of everything and it's still a challenge to find good people," said one of the refuseniks, who worried that without "that core group ... you don't have anyone to carry the torch."

The "we are sick of moving for a job" excuse totally works for us. The "I love New York and have a life here" excuse works too. But is this Onion staffer seriously saying it would be a "challenge" to find good comedy writers in Chicago?

We are confident the Onion will survive the move to Chicago -- and decided to lay out a few reasons why they should join the big Midwestern party. Did we miss any? Let us know in the comments.

Chicago The Onion Best Of Chicago 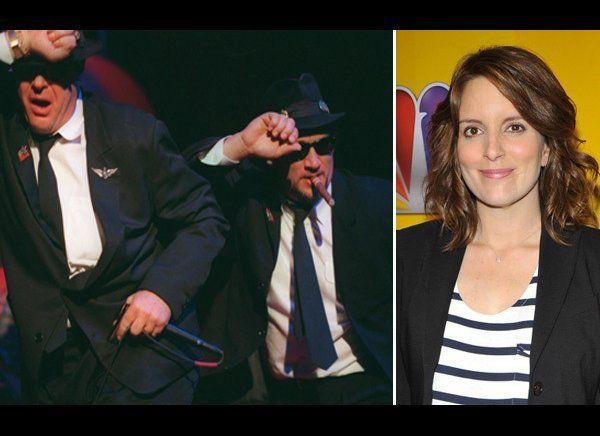 1 / 5
1. It's The Comedy Capital Of The World
Is that a bold statement? Not really. Take one look at the <a href="http://en.wikipedia.org/wiki/List_of_Second_City_Chicago_alumni" target="_hplink">Second City alumni list</a> and you'll find pretty much everyone who has made you laugh in the last few decades. Whatever <em>Onion</em> writer claimed that it would be a challenge to find good, funny writers in Chicago is wrong. Totally and completely wrong. (Photo: AP/Getty)