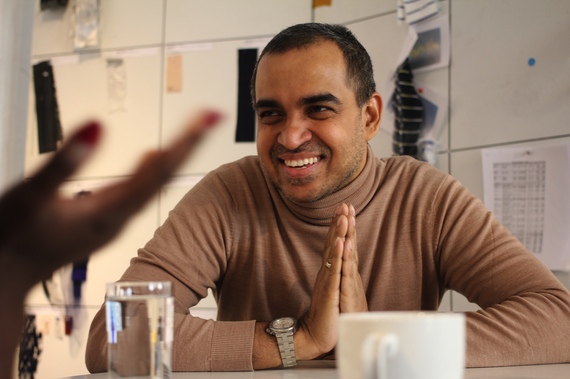 On one particularly cold morning, we arrive at an unassuming building in New York's garment district a bit rushed and anxious. Entering the brass doors, we approach an old man behind the front desk and ask for directions.

Without looking up he points to the elevator and mumbles, "11th floor."

Even his disappointing disposition can't affect us -- we have an appointment to meet the famed Indian-American fashion designer, Bibhu Mohapatra. 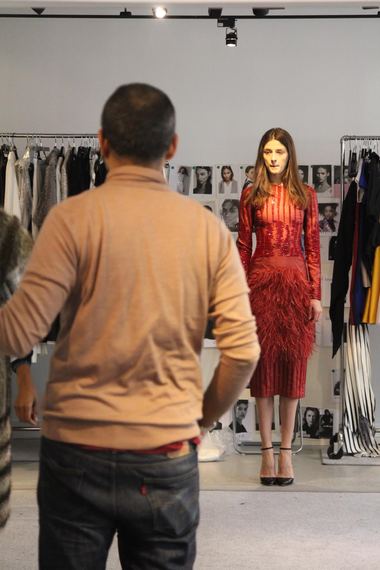 On the 11th floor, the elegant studio and showroom is lit up with bright lights as a model walks across the room in an gorgeous red cocktail dress while the design team looks on, curiously making final selections for NYFW.

"Welcome," Mohapatra says in a warm voice as he shakes our hands and escorts us into his office.

The designer is calm, forthright and very focused given the pressure that is lining up as he prepares for his show. In just two days, Mohapatra will have delivered his A/W '15 collection to a beautiful crowd of notable names like creator of NYFW Fern Mallis, Empire's Taraji P. Henson, America's Next Top Model judge J. Alexandra and acclaimed fashion stylist June Ambrose. 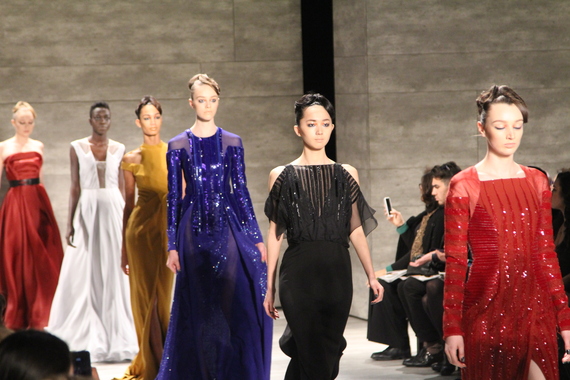 "This is a very personal and important collection for me. It's going to be quite emotional after the final walk," adds Mohapatra.

As we make ourselves comfortable and the cameraman unpacks his equipment, Mohapatra returns to the room with a freshly made americano, a few glasses of water and settles himself into the chair in front of me.

When asked about the inspiration behind his studio, Mohapatra looks around the room, runs his hand across a few swatches of fabric on a nearby wall and says: "It's really a special place for me. My whole team, they are my family. I wouldn't be here if it wasn't for all their hard work and their support. The energy in this workspace is really good."

And this is what draws people to Bibhu Mohapatra; not only is he an exceptional fashion designer who finds inspiration in just about everything, but he also speaks from the heart sharing insightful notes, weaving visions into realities and taking his audience deeper into his love for design, art and storytelling. 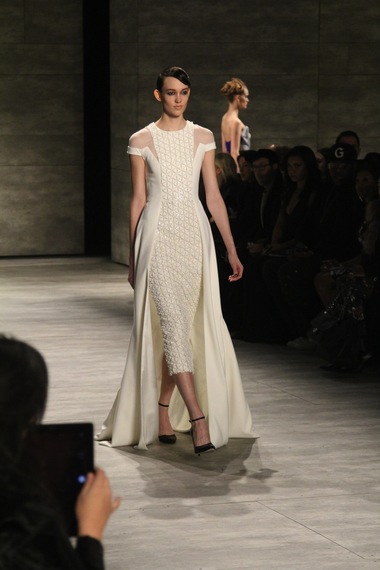 1. Designing is not about him.

The fashion designer has a special connection to his clients, creating clothes that make women feel extraordinary in everyway. His philosophy is simple: make a woman feel beautiful. "As a creative person, of course with every collection I want to say something new and I want to say something about the moment or what's happening in fashion," Mohapatra shares. "However, at the end of the day, it's not only about me making a statement, it's about the woman. I design clothes to make her feel beautiful, to empower her."

2. He cherishes his mistakes.

During our conversation, Mohapatra talks openly about his first collection and the challenges and opportunities that helped him grow. For the designer, mistakes have become important learning tools that push him to reevaluate his core creative principles. "I take a step back a lot after my collections and critique myself. I try to find a balance," says the designer. "With my very first collection, I found some classics that would continue to be revived because they worked so beautifully, but I also found some mistakes. I'm really grateful when I realize a mistake! The trouble comes when you don't make note or correct yourself. For me, I love the challenge such an opportunity presents." 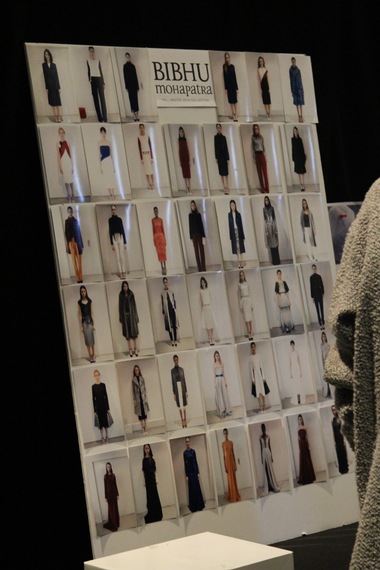 3. He turns pain into triumph.

The fashion designer lost his father last year and rushed back to India to be with family and friends. Dealing with an unexpected and serious loss, Mohapatra decided to use his pain to re-create his A/W '15 collection, taking audiences on a journey of his roots. "Both my parents gave me a lot and shaped me, but my father taught me how to see things inside out and he taught me how to value things, how to value people," Mohapatra adds. "The collection is a reflection of what I went through in the last few months."

4. According to the designer, heritage is everything.

"My heritage runs in my veins, " Mohapatra points out when talking about his beloved India. Born and raised in the state of Orissa and heavily influenced by his family and his surroundings, it's not surprising to see the rich rustic colors of spices, red earth and intricate weaving in pieces he creates. "Even though I was trained here in America, my roots are very alive and those nerves are really sensitive. Growing up in India where you are completely surrounded by creative impulses, it impacts you. Whether it was fabrics, embroidery, art or jewelry, it made me who I am, because that is the culture and the land that I am from," he explains. 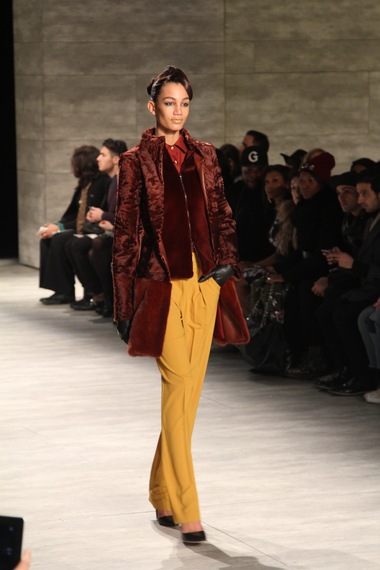 5. He wants to see local artisan work in the global market.

One thing that sticks out about Bibhu Mohapatra is his undying love and support for the local artisan communities in the developing world. He not only admires their work and tries as much as he can to collaborate with various artisans, but he also insists that they be paid fairly. "It's time to pay people and to pay these artisans their dues," Mohapatra shares. The designer believes that it's high time the fashion industry rallied around positive change to empower women and girls everywhere, however he agrees that for a multifaceted topic, there is no one solution. "Fashion allows women to be more of themselves, it empowers them. I don't throw these words around lightly, but fashion really does affect how we feel about ourselves, whether it's luxury, local or handmade." 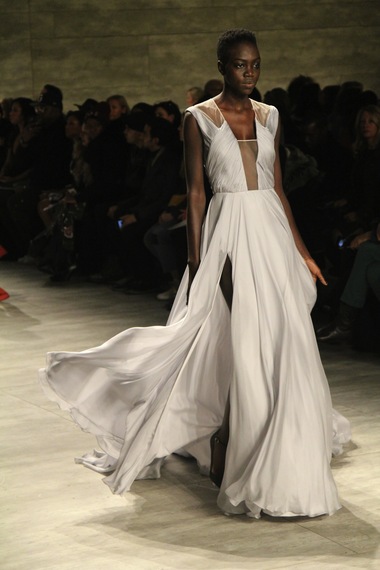