Christmas is upon us and thousands of tourists and pilgrims descend on Bethlehem, Jerusalem and Nazareth. Most of them step on and off tour buses and squeeze in and out of large hotels. Here are five journeys that get you off the beaten tarmac and experience the Holy Land on foot. 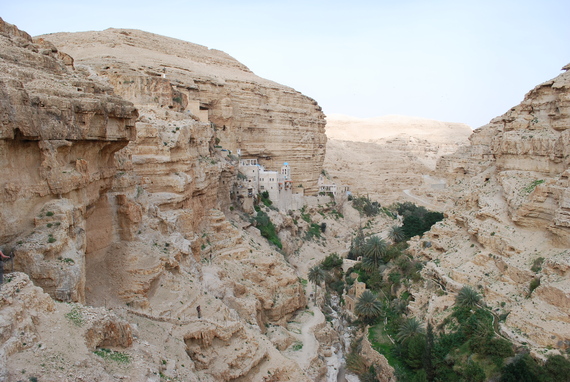 Popular with local hikers, walking down Wadi Qelt is still a secret well kept from most foreign visitors. The 25 km journey descends 850 meters crossing spectacular rock formations, wondrous springs and natural fish ponds, ancient man-made canals and aqueducts, and a Greek monastery hanging of a cliff. The trail ends in Jericho, Palestine's oasis in every sense of the word. Note to the ultra-fit and adventurous: start in Jericho and walk up. 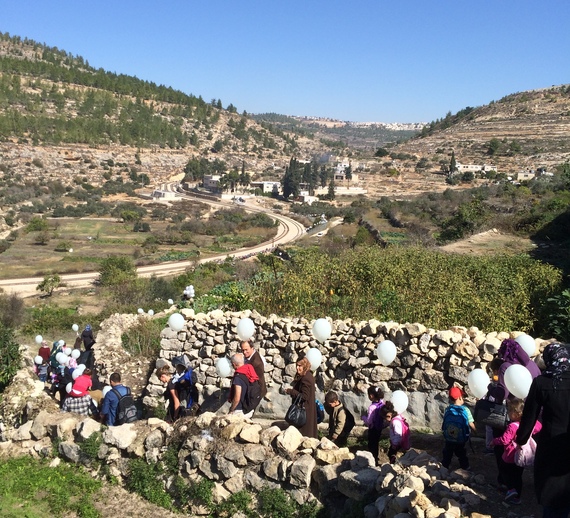 A stone's throw from Jesus' birthplace lies the small village of Battir and its millenia old landscape of olives and vines. Two half day walking trails take visitors across the ancient terraces and water systems that were declared a UNESCO World Heritage site this year. Adjacent to the Jerusalem-Jaffa railway, the area straddles both sides of the famous green line from 1948. Plans for the Israeli separation wall to cut right across the site have so far been peacefully and successfully opposed by a broad coalition of Palestinian, Israeli and international campaigners. When the fall of the Berlin Wall was commemorated in November this year, Battir appealed to the world through one hundred 5-year olds walking its trails with white balloons, a connection across space and time to Berlin's own wall of balloons.

3. NAZARETH TO CAPERNAUM: IN JESUS' FOOTSTEPS 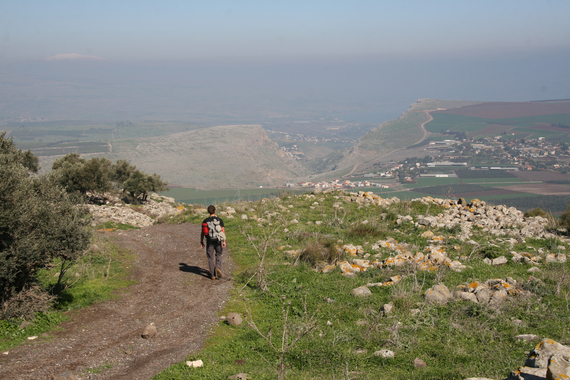 The 65 km Jesus Trail is a unique experience for both pilgrims and more secular minded walkers. Beyond tracing Jesus' footsteps from Nazareth to the shores of the Sea of Galilee and passing stunning natural sites such as the cliffs of Arbel, the trail was the first project to connect Jewish, Muslim and Christian communities in Israel, a journey that few conventional bus tourists would get. Its moto: Jesus did not take the bus; why should you? The trail starts at the Fauzi Azar Inn, a beautifully restored Arab mansion in Nazareth's old city and declared the #7 best hostel in the world by Lonely Planet. 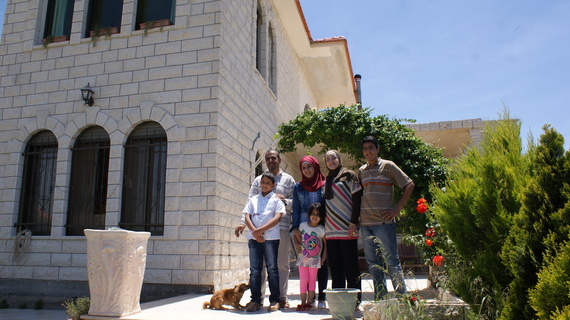 There is probably no walk that better defeats the hard coded stereotypes on Palestine. The Masar Ibrahim, as the Abraham Path is called in the West Bank, has developed a new section in the remote and rural north. It connects Burqin to Sebastia, or the Church of the Lepers to the mosque named after John the Baptist. But rather than conventional pilgrimage this is community-based trekking tourism: silver green olive groves, great food and hospitable people dominate the experience. Such as the Mardawi family (pictured) in the Ottoman era village of Arabe, or the guides and guesthouse patrons of Sebastia. 70 km for the full trek but shorter sections possible.

5. THE NEGEV CRATERS: INTO THE WILD 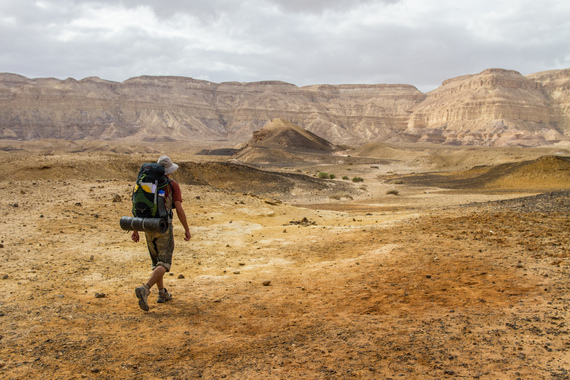 No part of the Holy Land has wilderness as vast as the Negev. From near the shores of the Dead Sea a 4-day 61 km trek takes walkers across the rims of giant "craters" - not formed by meteorites but through tectonic shifts created by the Jordan Rift Valley. This is only for hikers with both experience and adequate fitness levels: no facilities are provided, which means bringing your own water, food and camping gear. After steep elevation changes and walking through unique geological formations, the UNESCO World Heritage site of Mamshit -- a 1st century Nabatean city that served as trading post between Petra and Gaza -is a well deserved finish on day four.

Walks 1, 4 and 5 are on the Abraham Path, a network of trails across the Middle East and rated the world's best new long-distance trail by National Geographic. Walk 2 is included in the guidebook Walking Palestine or otherwise easily arranged through the Battir Ecomuseum who also organize full moon night hikes in the summer. Elaborate details on walk 3 and other Galilee trails are available at jesustrail.com.