With football season nearly here and Major League Baseball approaching the dog days of summer, it's the perfect time to consider the overall importance of sports and what they mean to a city. What makes a city primed for sports relevancy? It is obvious that size and economic strength alone aren't always the best indicator. Mostly, it comes down to the fans. For the fans in that city, say Cleveland, this year is always the year the team will finally breakout, especially with LeBron James returning home. In larger, cosmopolitan cities like New York or Los Angeles, winning (see: Yankees, Lakers) are woven into city's fabric through time giving fans something to cheer for. However, in other metro areas, fans can be fair-weather (remember those Miami Heat fans leaving games early?) or just non-existent. Here we explore the make-up for a great sports city, and why it matters. 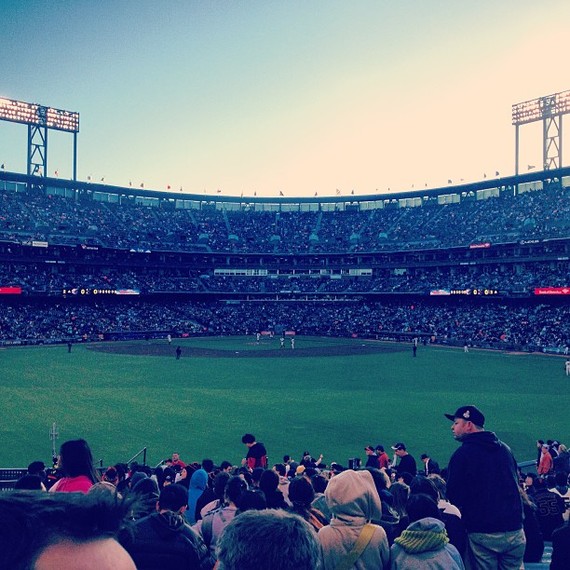 San Francisco locals have plenty of entertainment options, but the Giants' success (two World Series titles in the past four seasons) keeps them interested.

Of course, we have to start at the beginning. Great sports cities are built upon great, title winning teams. Sports are usually a leading source of city pride, even if the teams are not doing so well. Whether the teams are perennial winners or losers, they have legacy fans, built over generations. Children will be born Yankees or Mets fans. Marriages will happen in part because you met in that one bar, and children will be born fans of particular teams and remain so through adulthood.

Aside from the obvious financial windfalls, players usually want to showcase their skills in places that either have sports well integrated into the foundation of the city (a la San Francisco) or sports are a main tourist attraction (a la Boston). This usually means that people are coming out, even if there are other things they could be doing. They want to see a competitive team on the field. They want winners, even if they haven't had one in a while (sorry, Cubs fans).

There is an implicit agreement, as well as a meta conversation being had between the players and the fans. This agreement says that we, the fans, will live our sport fantasies through you, the athletes. In the best cities, this is not a casual affair. Great sports towns test athletes with their collective knowledge and open enthusiasm. These fans are going to know who's out there giving it their all, who's slacking in running their routes based on specific coverages, and who's scuffling at the plate, swinging at every bad pitch. 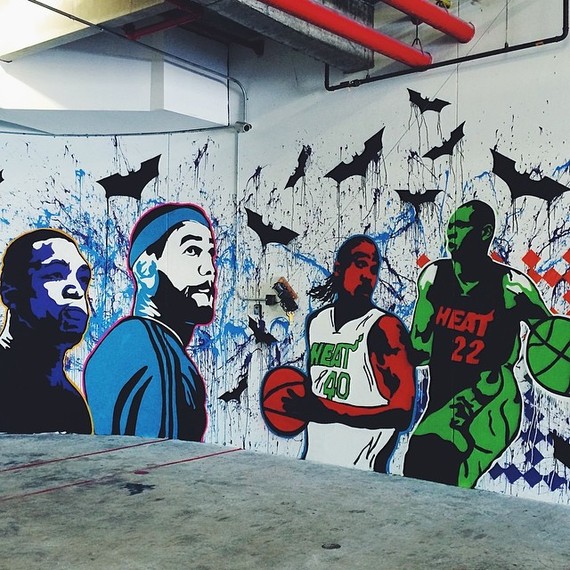 One can assume there won't be so many Miami street artists getting inspired by the LeBron-less Heat. Meanwhile, Cleveland fans are replacing the jerseys they burned.

Going forward to the arrival of these great players, we talk about a return on investment. With the arrival of LeBron to the Cleveland Cavaliers, for example, financial analysts estimated his arrival would worth an additional $500 million to the city. Talent creates winning teams. Winning teams make money.

For cities like Detroit, which have suffered economically in recent years, their existence means the possibility of employment. Even if the team has a finite amount of jobs, companies and enterprising individuals are able to take advantage of the team's success. This includes media outlets, non-profits, and developers of restaurants and bars.

Sports can be the great healer following the worse of circumstances, personally, locally, or nationally. When tragedy happens in a city, they have to find the fortitude and strength to carry on. Local sports teams, at all levels, can alleviate the pain, even if for a couple of hours.

Covering the last decade, the Boston Red Sox and New Orleans Saints respectively managed to unify hurting cities, recovering from vastly different tragedies. There are occasions where sport is sometimes the lone bright spot for citizens who have lost a family member or their entire existence. Those championship victories enabled those cities to start the path with civic pride, knowing that everyone is in it together.

This is, by far, the greatest single positive about sports. It has an ability to bring people from all walks of life together in one place. Whether it is the Internet, a stadium, a tailgate, or a rooftop, you stand next to another fan, on equal footing (minus the whole club suite vs. nosebleeds thing). This is not at all possible, in most aspects of life, for various reasons be it in the classroom, work place or even in some churches. However, with sports, you can walk into a coffee house or donut shop, and randomly include yourself in conversations about last night's game - one of the few contexts where butting into conversations is allowed, if not outright welcomed.

Perhaps you are from vastly different socioeconomic backgrounds, but sports, through playing yourself or being a fan, allow you to stay connected in ways you never would have otherwise. We can openly become an immediate, flash support group for big losses or your new best friends after a major win right there on the spot. Sports fandom is an indication that people want to belong to a team and a city. Even more than that, they also want to belong to each other.