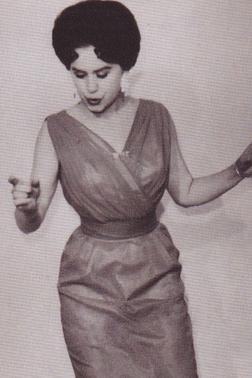 Every year, the Oxford American puts out a southern music issue. It's always worth checking out. Not only do the magazine's editors have exquisite taste in music (and by exquisite, I mean very much like my own), but they have a knack for digging up amazing, obscure stuff you won't find anywhere else. (The issue comes with a CD.) Consider them the archeologists of southern music.

The most recent issue focused on Louisiana, and included some amazing stuff I'd never heard before, including the Rev. Utah Smith and the Valparaiso Men's Chorus, a raucous group of singing drunks that sound like the house choir at the First Church of Tom Waits.

But the real prize in this year's issue is Margaret Lewis' rendition of "Reconsider Me." Lewis actually wrote the song, but lots of other people have made it into a hit. You're probably most familiar with Johnny Adams' soaring, soulful rendition from the early 1970s. Lewis' version is older (it was released in 1960), more subtle, more countrified, and more playful.

As the title suggests, the song is about winning back a lost paramour. And where Adams uses pleading and desperation, Lewis is coy, flirty, and seductive. Same lyrics, different interpretations, vastly different sentiment.

Lewis went on to a successful career writing songs for other people. After you hear this, you'll wish she had recorded more.