Last year, around this time, I got the chance to share with you, the readers of The Huffington Post, a project I was developing on female sexual desires. At the time, I was looking for respondents to an anonymous survey, which I spotlighted on the site, and more than a hundred of you -- indeed closer to a hundred and fifty of you -- responded to the survey. This article is a great big thank you to those of you who responded, and a chance to tell you where my project on female desires is, one year later. I also want to share with you five things I have learned so far about female sexual desires, as well as some images from my ongoing work on this life-changing project.

Indeed, as I kept reading and rereading the sexual desires, I found that the major difference between the more easily accessible male sexual desires and female sexual desires is not so much the desires themselves, what sexual positions and such they engaged in, but rather that the women want to be the focus of the desire, and the women want their pleasure and what they want done to them to be at the forefront of sexual encounters. Time and time again women talked of having to sublimate their pleasure, their desire, to male desires.

Which brings me to the third thing I've learned about female sexual desires: they remain sublimated under imagery of flowers, for example, and women were often afraid of their desires, and were even afraid to voice their desires because often what women wanted was so raunchy that it ran counter to the "good girl" image that so many of them were raised with. As one woman so succinctly put it, she was afraid to name and act upon her sexual desires because of "Catholic guilt."

Catholic guilt. This leads me to the church and other religious institutions. I have to confess that having sex in a church is one I did not see coming! Yet, having sex in a park/outdoors only came in narrowly over having sex in a church. The added surprise was that so many women even had a specific church in mind that they wanted to have sex in, and the part of the church -- confessional booth; altar of the basilica -- where they wanted to have sex. Maybe this is so because several of the women who participated linked religious oppression to difficulties with sexuality and with being unable to fully express their sexual desires. I can honestly say that, because of this project, I see churches in a totally different light!

Another surprise was how many women wanted to have sex with other women. Women, it seemed to me, were more fascinated with the bodies of other women, much more so than they were with male bodies. There was an inordinate amount of fascination with the female body and how it functioned and how it could be pleasured and how it could both give and receive pleasure. I might even go so far as to say that the female body seemed an alien though desirable territory to quite a number of respondents and it was a territory that they would not mind exploring, though for several of the women there was a latent fear of actually acting upon this desire.

Overall, there were respondents from all age groups who reported participating in the project. I was delighted to see that for a significant number of the women there was a healthy appreciation of their bodies and their sexuality. This was quite refreshing. One 71-year-old, for example, reported only now having the best sex of her life! The sexiest women, it seemed, were women in their forties, who had a newfound maturity and respect for their bodies. The teenyboppers and 20-year-olds seemed to be more open and questioning of their bodies, while trying to understand how they worked.

And then there were the many kind and quirky notes written to me by women, who thanked me for doing this project. Most moving of all were the responses that went on for pages, as women felt they could pour out to me thoughts, secrets, and desires that they never had a chance to share with anyone before. I remain awed by the outpouring of respondents to my female sexual desires project and feel much responsibility to a group of women I will never know.

I will be working on female sexual desires for years and years to come. I know this now, and that I will be making use of the words, thoughts and insights of the women who participated in the project for a very long time. In thinking through how best to visually represent women's sexuality I harkened back to the traditional female art forms of sewing, quilt-making, embroidery and appliqué. But instead of blindly adhering to those art forms my work is breaking new ground in challenging some of the ideas that attend to work traditionally thought of as "women's work." As such I have left the edges of the quilts I started making this summer unfinished. I show the registration marks on the textiles. I actively use the computer and laser cutting in my project. I want to, through this project, explode the romantic ideas that attend to work traditionally thought of as "women's work" and to show that, even as women have made enormous strides in society, the work of feminism is ongoing.

I remain energized by the female desires project, and hope that when next I write to you about it, I will be able to share with you the ways that it continues to manifest and grow. In the meantime, enjoy the images below. 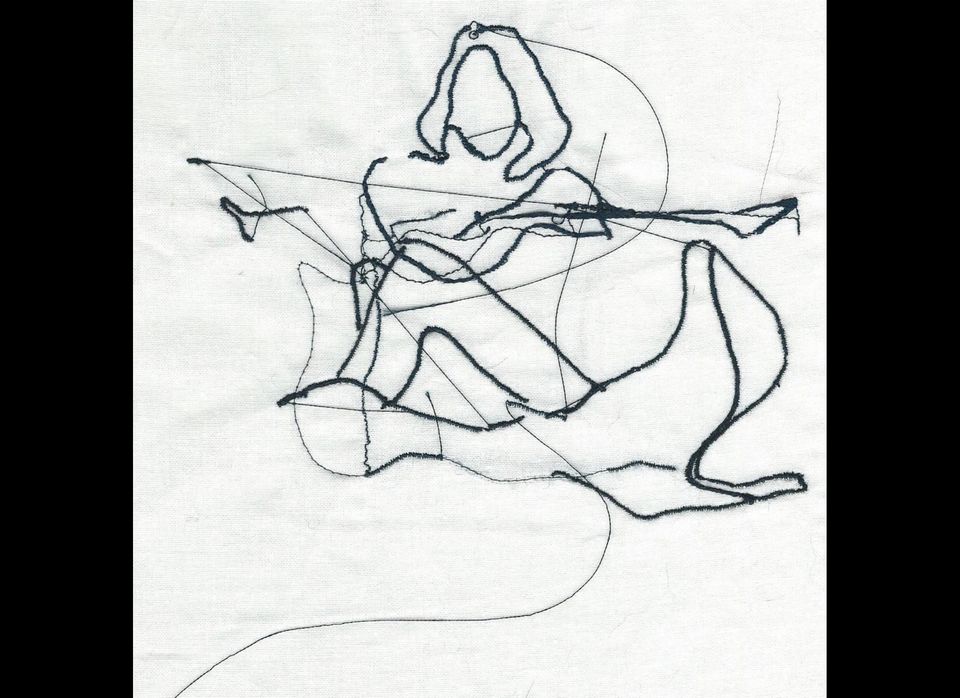