After spending my childhood travelling the world and living in almost 30 homes, you'd think I'd be sick of travelling. But, three months before getting married, I decided I wasn't ready to stop just yet. Two one-way tickets to Brisbane, two and a half years and 10,000 miles later, it's the biggest adventure of my life so far... 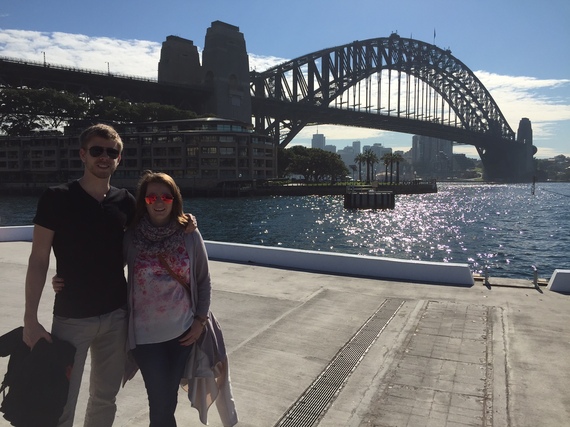 Honestly, I'm totally not kidding. When you step waaaaay outside your comfort zone and have only yourself (and your husband) to rely on, you work out what you're great at. I rediscovered my love of writing. Somewhere in the whole Uni/trying to act like an adult thing, I totally forgot that I was that kid who always had their head stuck in a book and loved writing short stories for her friends. Move 10,000 miles away from everything you know and everything becomes a whole lot clearer. Maybe it's the 30+ hours of travelling, who knows. But I swear, if you could bottle it, you'd make a fortune!

Not just of stuff. Though I did. I swear I must have emptied half of my wardrobe at least before I left. I landed in Brisbane with 2 suitcases and a holdall. That was it. All my worldly possessions. Plus a husband. Admittedly, 6 boxes of crap did show up nearly a year later. After I'd already bought boots and jumpers to replace the ones in the damn boxes. But still. For someone who has more than a little clothing/shoe/bag obsession, I figured that was impressive. What I really mean is you learn to let go of people. Not the ones you love. Obviously. That would be idiotic. The ones who you'd been friends with since high school/university, the ones who were "your girls," the ones who stood beside you at your wedding. But then you moved 10,000 miles away and they disappeared too. Those ones. Yeah, it'll hurt. Worse than a bikini wax. But you'll get over it. And you'll have made/got reacquainted with so many more awesome friends who get "it" that you won't care. 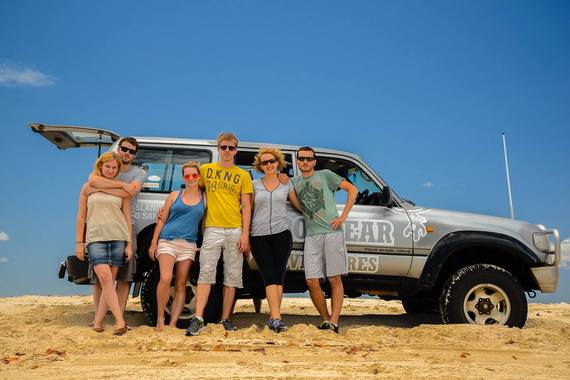 When calling for help isn't as simple as just picking up the phone, you'll quickly come to rely on yourself and find that inner strength that everyone keeps talking about but you thought was utter rubbish. Turns out, it actually is there. You'll learn to talk to random people when you get thrown together on a trip to Frazer Island, or suddenly be okay with sitting by yourself in a cafe, bar, or cinema. You'll realize that actually you can put nails in the wall without bringing the whole thing down and that ovens aren't just for storing your extra sweaters (that you'll never really need in Queensland) in.

There's nothing quite like moving thousands of miles away to really turn the spotlight on yourself and your relationship. When all you have is each other, it's hard to take out all your frustration and homesickness on each other. That's totally normal and okay. In fact, it'd be weird if you didn't do that. But it will also make you realize how much you value each other. You'll learn things about each other you might otherwise have never known. Like how you're actually really good at finding your way around a totally foreign city that everyone forgot to mention is build on a huge amount of hills. Or how your husband actually does a really good Bryan Adams impersonation when you're driving along the highway with the windows down and no one can hear him but you. Just remember that what doesn't break you makes you stronger. I know, corny but it's true. 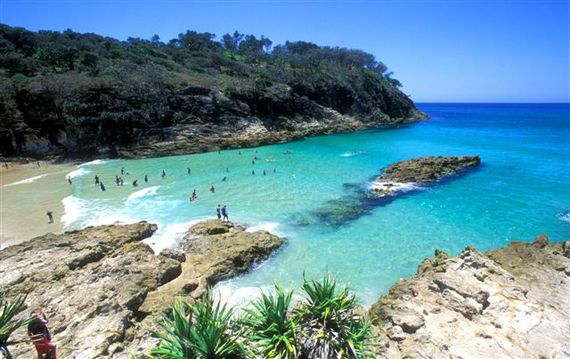 5. You'll Learn What Matters Most.

Before we left the UK, I was working 60+ hours a week as a teacher and my husband even more running his own company. We spent weekends doing household chores and doing the same things. When you leave everything you know - job, friends, family, house - behind you and land in a country where you have nowhere to live, don't know a single soul and have no job, you'll quickly work out what matters most to you. For us, that's time spent together, usually outdoors doing something. Learn how to surf? Sure! Abseil down a cliff - are you f-ing kidding me? Alright then! Hike a mountain for fun, just to see the view? Why not?! You'll also find friends who get what it's like to have no family, no automatic support system, and they will become your family.

Moving to the other side of the world, on a one-way ticket, with just a couple of bags might seem totally insane to most people. And they're right, it is. Completely and utterly. But it's also the most liberating, terrifying and amazing thing you can do. And I promise you, it's totally worth it.