My dad died 15 years ago this Father's Day. He dropped dead of a heart attack while he was dying of cancer. I felt robbed having prepared myself for saying good bye over the coming months and instead he was just gone. He grew up in the Depression; he fought in WWII; he played semi-pro ball; he loaded ice cream trucks; was a shop steward in the Teamster and loved the Green Bay Packers. My dad never knew me as a parent but every day he informs how I parent our son:

1. Be enthusiastic. I loved to watch my dad interact with anyone. Whatever they said was the most interesting and exciting thing he ever heard. Even the mundane was cause for celebration.

"Wow!" he would say, "So, let me get this straight. You built this picnic table with your own two hands. Isn't that something. Did ya see this, kids?" This was usually followed by a low whistle.

My son was 4-years-old. I fixed the wheels on his sports car. His response was, "Wow! Wow! Wow! Mommy!"

I felt terrific of course. As his enthusiastic responses continued over time I asked my husband, "Have you noticed how often the kid says "Wow"?

My husband's reply was dry as the Sahara, "At least as many times as you do."

2. No one likes a rat. My dad couldn't watch a Gary Cooper movie without pointing out "Coop" had testified as a friendly witness before the House Committee on Un-American Activities.

My younger sister was the "tattler" in our family. My dad never doled out a punishment based on what The Rat, as she was affectionately known, told him. My dad tried explaining to her, "A rat always has an angle" he said, "It's never to help anyone but themselves. People who listen to rats? They're just as bad."

3. Be a team player. My dad played tennis, football, basketball, baseball, softball, golf and he bowled. His trophies were everywhere. He was a volunteer coach for over 35 years. He got trophies for that, too.

"Listen, kid, sport's teaches you to be part of a team" he said, "There's no time for someone's BS. No time for someone to stir the pot. On the field there is just the team playing to win. Everyone wants the same thing. Wow! How great is that?"

To his great disappointment none of his physical prowess ever rubbed off on me but knowing the importance of being a team player did. My husband and I came up with a phrase early on -- "UF not FU." UF stands for "United Front" and FU stands for what you think it stands for. That phrase that has helped us out of more than one argument that became unproductive and more an opportunity for just hurting each other. One of us tries to remember to say "UF not FU!" in the heat of the moment. It has been a good reminder we are a team. It also almost always cracks us up. This has been particularly helpful to us as co-parents sorting out who did what wrong.

4. Men cry. I saw my dad cry often while growing up. He was never ashamed of his emotions and in fact was suspicious of men who held their feelings in check. I was with him when a guy he had coached as a boy came up to us in the super market to tell him his wife had given birth the day before. "You just told me your daughter was born and no tears," and said, "What's wrong with you? Afraid of a little waterworks?"

This trait of his also made for public displays of emotions. My sister and I watched the film Thelma and Louise with our parents in the theater, and when they went off the cliff our dad got up from his aisle seat, tears streaming down his face and said, "Goddammit, I didn't know they died! I'll see you in the car!"

This understanding that men can and should express their emotions resulted in me marrying a man who is likewise comfortable with his feelings. We are encouraging the same strength in our son.

5. You gotta like yourself. One of my favorite memories is my Dad standing in front of the mirror -- combing his hair, adjusting his tie or straightening his collar while he talked to his image.

"You are one good looking son-of-bitch."

By the time I became a teenager though it was just something to make fun of him for. "You're weirdo," I said, "Really, what is that?"

He continued looking in the mirror smiling. He said something I thought was dumb and, then, later realized was true: "You gotta like yourself, kid. No one else can ever do that for you."

Now when I see our son posing in front of a mirror adjusting his hat or standing with his hands on hips and chin up I see my dad, too. 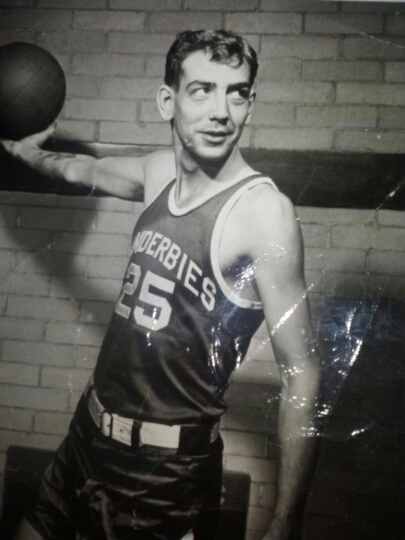 More:
Father's Day 2014father's dayLessons From Dadparenting humorParents
Newsletter Sign Up
Raise the kind of person you'd like to know
Subscribe to our parenting newsletter.
Successfully Subscribed!
Realness delivered to your inbox