Anyone who thinks a minor event like voting is going to shut down the television news industry's coverage of the 2016 presidential election probably also thinks The Walking Dead is a spinoff from the Grateful Dead.

Nope, in all likelihood Tuesday's voting will give the TV news channels a chance to say, "Hmmm, someone won, that's interesting," and wade right back in. 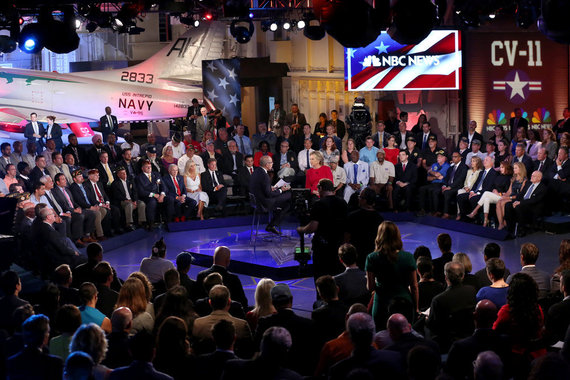 Truth is, we've learned a lot both from and about contemporary television news in this election. These haven't all been new lessons, but since CNN, Fox News and MSNBC have covered little else over the past 18 months, it seems reasonable to tick off at least these five takeaways.

From the moment he announced his candidacy, Donald Trump hasn't been able to change a pin position on one of his golf courses without some network televising it. Some of this is because they don't want to be AWOL if he says something wacky, but beyond that, he's just got a commanding style.

Hillary has worked to get telegenic. She's learned to be forceful without sounding shrill, which is what it's called when women speakers get as enthusiastic as men. But she's not a natural. Trump, who to be fair probably worked at it, comes off as if he is. 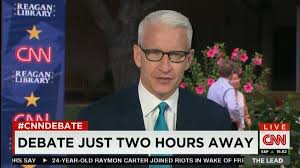 It hasn't mattered that Trump treats the media as if they were all guests at the Red Wedding on Game of Thrones. The media keeps lurching toward the bright shiny object.

2. Television experience can count for more than political experience.

The disturbing corollary of point one is that a candidate who knows how to get attention on television has real advantages over a candidate who simply knows, say, policy.

Policy is boring. TV theatrics, whether it's giving speeches in a World Wrestling Entertainment style or prowling the debate stage like a fugitive from a horror movie, is not.

That television has made style more important than substance has been a cynical one-liner for years, buttressed by real-life examples as far back as the 1960 Nixon-Kennedy debates. But the playbook this year was straight out of reality television, with Trump playing the Omarosa character whose machinations may seem rough-edged, but which he's been confident voters in the end will embrace.

After a while, and certainly after hundreds of millions of words, the next sentence tends to bury the previous sentence. Who can follow it all, never mind remember? 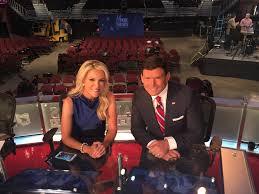 If there had been no 24/7 TV news channel coverage of this election, would voters have felt less informed? How many would have chosen differently?

That is to say, what percentage of those television news words were absorbed as information and what percentage were merely reinforcement of the beliefs and inclinations the viewer already had? Let's guess the second category comes in around 96 percent.

4. Media, collectively, can both miss and amplify something like the anger factor.

With both Trump and Bernie Sanders, there was an early recognition that many supporters felt a frustration that could easily escalate into anger. 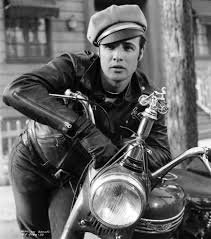 What was missing for quite a while was an examination of that anger, where it was rational and where it was more like indiscriminate venting. It's sort of like when Marlon Brando's character was asked in The Wild One what he was rebelling against and he replied, "Whaddya got?"

Equally important, we rarely were reminded that anger has almost always been a defining factor in national elections. It wasn't all that many generations ago that we fought a civil war. Things got pretty angry during the Depression. More recently, we had the 1960s, anger on steroids.

This time around, treating frustrated people as if they're some new species that showed up on a submarine from Atlantis and invented anger made it harder to take a step back and put contemporary America into perspective.

5. One viewer's jackhammer is another viewer's wind chimes.

Sitting in front of any TV news channel constantly since the spring of 2015 would be the media equivalent of waking up every morning and eating a plate of roofing nails. 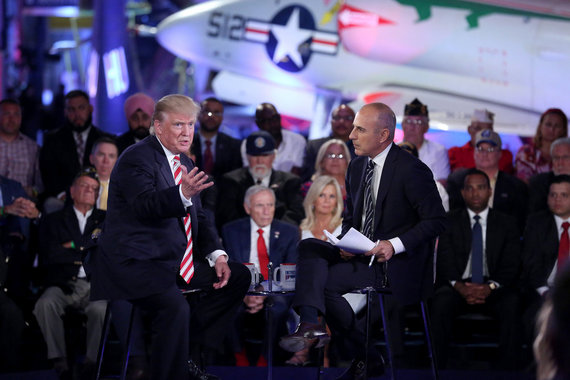 But a lot of people watched more than they would let on, and it's a safe bet they survived by watching whichever channel with which they most often agreed. Fox News on the right, MSNBC on the left, CNN sort of in the middle.

They're part of the equation now. Part of the landscape. In their own bizarre way, they're one of America's new cozy fireplaces.

Which is one reason why they will take their foot off this accelerator right around the time Hillary Clinton becomes an NRA spokeswoman and Donald Trump signs up for Obamacare.