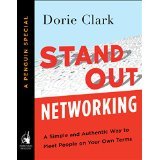 When it comes to networking, most people focus on the sexy part - meeting new people. But for true mutuality and interconnectedness, it is vital to stay in touch and keep your relationships alive and growing once you've made that initial connection. Someone who is renowned for being a helpful helper to those in her network is the author of Reinventing You and Stand Out, Dorie Clark. She's a sought-after speaker and an adjunct professor at Duke University's Fuqua School of Business. When I heard she wrote an e-book, Stand Out Networking, I reached out to her to ask her to share some of her strategies which she did in a recent Q&A conversation with me:

How do you best follow up after meeting someone?

The first place to start is making sure you capture information from your conversation right afterward; a week later, it's easy to forget if the person you met at the cocktail party worked for JP Morgan or Morgan Stanley MS -2.15%, but it's an important difference. Some people jot notes on business cards; I think it's fine to record things the next day. But be sure to write it down so you'll have the tools to follow up later. 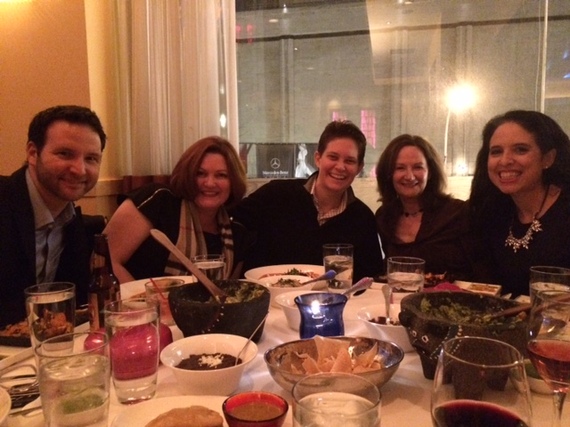 I'd suggest sending them an email or a LinkedIn invitation (with a personal note) the next day saying how much you enjoyed meeting them. If you'd like, feel free to invite them out for coffee or lunch. One of my favorite strategies is hosting monthly dinners of interesting people I've met or already know; I'll often invite people to those, so they can get to know me better but also connect with other like-minded professionals.

How do you prioritize the people you should be networking with?

In a technical sense, you can use a contact management system like Contactually or Vipor CRM to "bucket" contacts into priority levels, so it'll send you a reminder if it's been more than 30 or 60 days (for instance) since you've been in touch with a top contact. But philosophically, I'd ask myself questions like:

How much do I like and enjoy this person?
Do I think they could become a friend?
How much do our professional worlds overlap?
Is there a good chance we could work together or collaborate?
How helpful could this person be to me professionally, and vice versa?

Answering those questions will help you prioritize.

What systems can help you stay in touch with the right people?

In Stand Out Networking, I profile Michael Katz, a Massachusetts-based consultant who has an interesting four-part system for staying in touch with his contacts. Most professionals don't have to do all of these things, but I think it provides a useful framework. Michael divides his contacts into four groups.

The first level - all his email subscribers - receive a biweekly e-newsletter that provides marketing tips and keeps his name familiar to them. The next level is about 300 key contacts who get personal emails; he sends a few emails per day, and touches everyone a couple of times per year. Even more selectively, he sends out actual cards via postal mail - a rarity these days - to about 100 people in his network. Finally, once a week he makes a point of meeting in person with at least one individual, whether it's a new contact or someone he'd like to get to know better. This strategy enables him to deepen the ties that matter most and stay top-of-mind with just about everyone.

What does it mean to be a connector, why is it a good thing, and how can you become one?

A connector is someone who isn't just using networking for their own benefit; they're actively trying to help others. Anyone can become a connector if they have the right mindset and a spirit of generosity, and it's a principle I try to live out in my own life. I recently had the idea that I wanted to connect two friends - a jazz opera composer and a Grammy-winning jazz producer. Instead of just doing an e-intro (which would have been a decent option), I decided to max it out and threw a party for all the musicians I knew from a variety of disciplines, so they could all meet each other and network. People had a blast and some collaborations have already emerged from the evening. 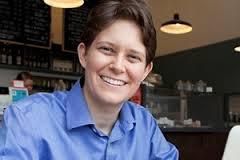 How can you create your own successful networking events?

Some people assume that hosting events is a special skill that only select people can pull off, but that's really not true. I've been hosting regular dinner gatherings in New York City for the past year, inviting 8-10 people at a time to get to know one another. Sometimes it's a random mix of interesting folks, and other times there's a theme (the musician party I mentioned above, or female journalists, or business authors, for instance). For me as an introvert, some key principles are:

1) Send out attendee bios in advance. That enables folks to look over the guest list, research the others if they'd like, and identify commonalities so they know they'll have things to talk about. They'll also have sufficient information so they can seek out certain people they'd especially like to meet.

2) Control the conversation a bit. Crowds have a tendency to get unwieldy, and that's mostly fine. But as the host, you should steer it enough, at a minimum, so that everyone is able to introduce themselves and say a bit about what they're working on, so others will know who is who and can get ideas about where they'd like to take the conversation.

3) Embrace co-hosts. To really spice up your gatherings, choose a friend who knows interesting people and plan to split up the guest list - you invite half, and he invites half. That way, your friends can mingle and you'll have the opportunity to meet new people, as well.