Five Varieties of Love
Romance, and more, in the films of 2015.
By Adrian Martin 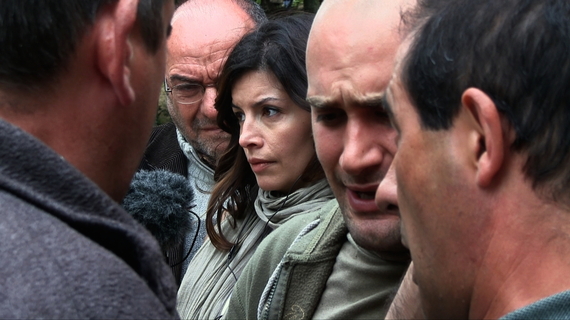 'The Academy of Muses'

Love in its many, diverse forms and manifestations--family love, romantic love, carnal love--rules the cinema, offering one of the handiest yardsticks for its division into easily recognizable genres (family dramas, romantic comedies, pornography...). 2015 brought us an intense, melancholic concentration on the difficult bonds of love within family relations--parent and child, or sibling to sibling--in films as different as Chantal Akerman's final feature No Home Movie, Sergio Oksman's intriguing doco-fiction hybrid On Football, Nanni Moretti's Mia madre, and Margot Nash's autobiographical essay from Australia, The Silences. There was a variety of love as discourse and seduction in José Luis Guerín's The Academy of Muses, and love intertwined with work (especially the work of filmmaking itself) in Philippe Garrel's The Shadow of Women and Noah Baumbach's While We're Young. And, alongside all the usual, routine rom-coms pouring out of commercial industries everywhere, there was a timely reminder, in the restoration of Walerian Borowczyk's delirious The Strange Case of Dr Jekyll and Miss Osbourne from 1981, that full-blooded romance can still provide not only high drama but transgressive surrealism. 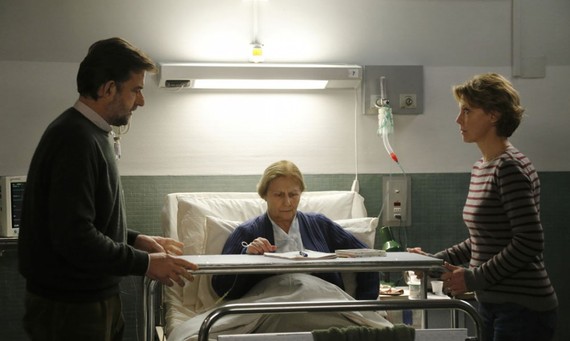 1. Mia madre
After the seemingly unbeatable heights of Hou Hsiao-hsien's The Assassin and George Miller's Mad Max: Fury Road, Nanni Moretti gave us the greatest, stand-out movie of the year, about a director (Margherita Buy) managing a difficult shoot while her mother slowly dies--tender, surprising, daringly constructed on a rigorous alternation of dramatic and comedic scenes, and always finding moments of absolute grace in even the most crushing situations.

2. The Academy of Muses
José Luis Guerín made this film from almost nothing, except a small, digital camera and a tremendously game set of friends. Beginning like an educational documentary on the aesthetic philosophy of Prof. Raffaele Pinto, it quickly morphs into an intimate, romantic intrigue of words passed between teacher and student, husband and wife, friend and foe...A dazzling achievement.

3. While We're Young
I am far from being an unconditional fan of the prolific Noah Baumbach, but I was more than pleasantly surprised by this inventively brisk tale--broadly in the Woody Allen school--of the interrelation of couples from two different generations. Personal adventure here harbors illusion and disappointment, and friendship can so easily give way to manipulation and betrayal.

4. The Shadow of Women
Like Eugène Green's superb La Sapienza, Philippe Garrel's latest chamber drama unfolds the crisis of a middle-aged, longstanding couple, played by Stanislas Merhar and Clotilde Courau. With novelistic flair and breathtaking economy, Garrel whisks us through the stations of doubt, infidelity, accusation--and takes us to places his cinema has rarely taken us before. 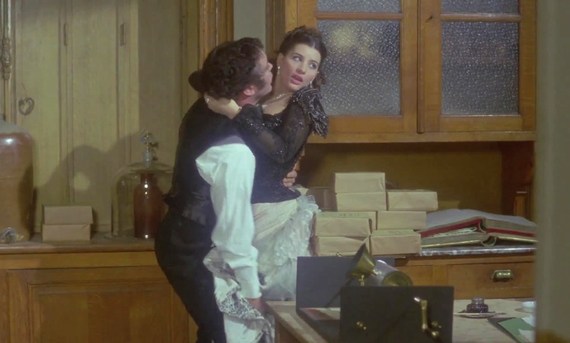 'The Strange Case of Dr. Jekyll and Miss Osbourne'

5. The Strange Case of Dr Jekyll and Miss Osbourne
This amazing film (to which Cristina Álvarez López and I devoted an audiovisual essay titled Phantasmagoria of the Interior) finally escaped the oblivion of bad VHS copies to show us, 34 years later, what amour fou is all about: a kind of avant-garde horror movie, in the tradition of Buñuel, which rewrites Robert Louis Stevenson in order to place the female desire of Miss Osbourne (Marina Pierro) squarely at the center of its parade of beyond-this-world imaginings.

For the rest of our 50 Days, 50 Lists, see The Spectacularly Endless Dream Machine.