5) There Are No Political Parties in the Old Republic's Senate

If there are actually political parties in the Galactic Senate, they really don't play much of a role. And they're fairly important for a democracy (as noted by the National Democratic Institute), even if certain members of these parties annoy us. These parties could have worked to check the power of Senator and Supreme Chancellor Palpatine.

In the first Star Wars movie The Phantom Menace, Queen Padme and her allies call for a vote of no confidence in Supreme Chancellor Valorum. Essentially, a decent guy was deposed so a "stronger, tougher" leader (Darth Sidious) can come into power, who of course uses that power in ways that definitely don't bring balance to the force.

Motions of no confidence are rare in the United States, but you can find plenty of them in European parliaments and in Japan. They have the dual effect of leading to executive branch instability. If we had similar powers, we might end up like postwar Italy and Japan.

3) Royalty Can't Be Chosen for the Senate

Speaking of Queen Padme, how is it possible that royals can be elected to the Senate (from Naboo)? Imagine the Queen of Nevada taking her place in Washington D.C. in the upper chamber of the legislature. The Founding Fathers would be rolling in their graves. 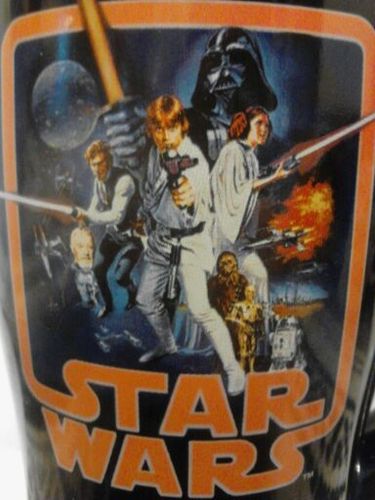 This is an image from my Star Wars coffee mug that my students often see. Even if the Old Republic isn't better than our own, the films can provide a few useful analogies for my classes.

One of the more devastating images of Star Wars movies is when Chancellor Palpatine becomes Emperor Palpatine, to thunderous applause, leading to "the death of democracy." Then Grand Moff Tarkin dissolves the Senate in the fourth Star Wars movie in the series (A New Hope) and lets regional governors and fear rule the star systems. It's like Vladimir Putin dissolving the Russian government, putting his own stooges in charge.

Sometimes, when the U.S. Senate seems deadlock on issues, it makes one wish that the president can sweep in and dissolve it, and rule by decree. But if one president can do it, another could do so as well, imposing his or her will on politics with positions on issues that you don't like.

The Founding Fathers didn't write our Constitution to make it easy to pass laws. They created two branches of government (I think the Old Republic only has one), separation of powers, checks and balances, for a reason. The British Parliament was made to pass laws easily, which could take away the freedoms of the colonists, leading to the rebellion.

1) There's No Unelected Religious Order in Charge of the System

The Jedi seem pretty cool. Most are committed to "bring balance to the Force." This unelected branch of government seems intent on doing some good things in the movie. But when an evil Jedi gets in charge, it makes it nearly impossible to stop the evil Emperor from dominating the Galaxy. In an interview with NPR, political scientist professor Sean Masket likens the Jedi to the Taliban of Afghanistan. I think they're more like the Guardian Council in Iran.

So enjoy the movie Star War: The Force Awakens, and your marathon of watching the movies before you see it. But appreciate the government we have, warts and all.