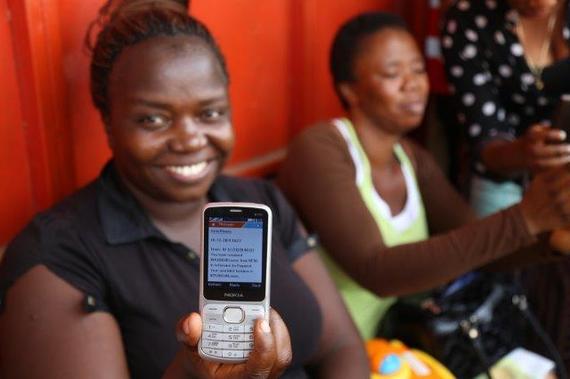 The ability to make and receive payments electronically has emerged, in recent years, as a technology hero during natural disasters and health pandemics. At a time when more people than ever are affected by conflict and crisis, there is good news.

In many cases, payments through smart cards, mobile phones and even iris scans have enabled faster and more transparent emergency response work, transferring funds rapidly and safely in a way that cash and in-kind donations could not. As the first United Nations World Humanitarian Summit convenes in Istanbul next week, the theme of innovation in humanitarian emergencies will be front and center. Governments, aid organizations and the private sector should pay close attention to the power of digital payments. Here are five ways going digital has already come to the rescue.

Mobile wallets also stopped double payments and streamlined payments, saving the country more than US$10 million. That's enough to fund the country's healthcare program that serves 1.4 million children and 250,000 pregnant women each year. The experience of Sierra Leone and other members of the Better Than Cash Alliance - a UN-hosted partnership of governments, companies, and international organizations that accelerates the transition from cash to digital payments - offers a lesson for other governments: Invest in a solid mobile payment infrastructure before the next crisis strikes.

2. Iris Scans: Easing the Burden on Syrian Refugees
More than 4.7 million Syrians refugees are on the move. Neighboring countries such as Jordan now house more than 640,000 refugees. Jordan was the first country in the world to use iris scan technology to enable refugees to access monthly cash assistance provided by The UN Refugee Agency. This year, the World Food Programme started using the same technology to allow Syrian refugees living in camps to purchase food items from local shops and plans to expand the project into new camps, including the largest camp, Za'atari.

3. E-vouchers: Modernizing Food Aid in Afghanistan
Following decades of emergencies and conflicts in Afghanistan, the World Food Programme made the transition to electronic vouchers in 2014, instead of paper vouchers, to make food aid distribution more efficient and secure. This pilot e-voucher program was designed for people with low levels of literacy, including many women in Afghanistan. More than 70,000 beneficiaries are now receiving their stipends via e-voucher through mobile phones. The program has achieved impressive results and helped further financial inclusion among poor communities. One hundred percent of participants surveyed reported a seamless customer experience redeeming their e-vouchers at local stores, according to a new UN report. In addition, the government of Afghanistan is now expanding mobile money payments for salaries. 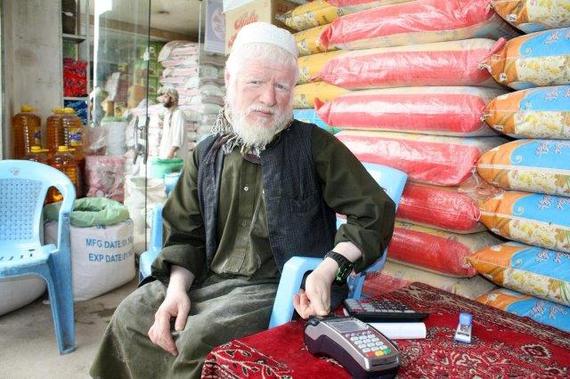 4. Crowdfunding platform: Responding to Natural Disasters in Bangladesh
Cash, checks and in-kind donations can be a logistical challenge when an unexpected natural disaster hits. Dhaka-based development organization BRAC has invested in an online platform to make it easier for people all over the world to make donations. The digital platform allows more people to seamlessly make contributions from their mobile phone, generating more donations and making a bigger impact.
For a country like Bangladesh that is prone to natural disasters, and has a large diaspora, these funds can play in critical role in helping families rebuild their lives. Floods and cyclones pose the greatest threat to Bangladesh, while earthquakes, droughts, and landslides frequently strike highly populated areas. Pooling funds and making it easier for people to become donors will ultimately make a difference to people facing disasters.

5. Debit cards: Rebuilding Chile after the Earthquake
In 2010, the world's fifth largest earthquake on record hit Chile, killing 720 people and destroying buildings and infrastructure. In response, the Chilean government and humanitarian agencies turned to digital payments to get their citizens and cities back on their feet. The Chilean Red Cross launched 'Tarjeta RED' - a debit card program to help families pay for basic needs or to repair their homes. Tarjeta RED debit cards created a more effective recovery process while also saving time and empowering recipients.

These examples show how a range of digital payment types can fuel better, faster and more efficient emergency responses. We live in a world where technology is advancing rapidly and tools such as mobile phones are becoming ubiquitous, even for those who live on less than a few dollars a day. At the same time, there are more crises unfolding than ever before. The time is right for governments, humanitarian organizations and the private sector alike to invest in the infrastructure and create a policy environment that allows these digital payment tools to save and rebuild lives.