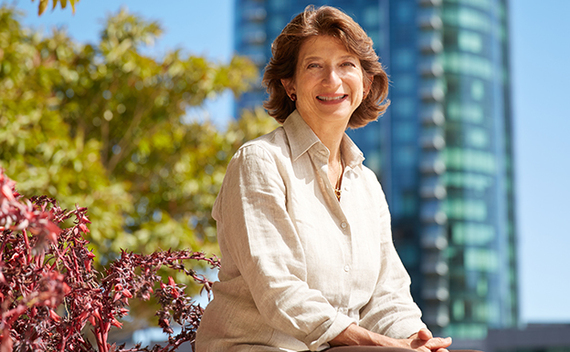 While parades, picnics and political speeches are the order of the day, Labor Day is really about celebrating the achievements of the American worker. Peter McGuire, a founder of the American Federation of Labor, who some say originated the holiday, once said it was to honor those "who from rude nature have delved and carved all the grandeur we behold."

The essence of this special day is about acknowledging the strength, skill, persistence and even artistry demonstrated every time any job is done well. It's something we too readily forget in a world that seems to be more and more dominated by fame, fortune and reality television.

So for this Labor Day I'd like to suggest the top five ways to celebrate the "delving and carving" while remembering where the "grandeur we behold" really comes from.

1. Show a little respect. While many communities are raising the minimum wage, there has been little discussion of respect and civility. How about greater gratitude for those "delving and carving" the turkey sandwich you're eating and removing the mess from our wastebaskets every evening? More than 2 million people work as janitors, and more than 2 million people are waiters and waitresses in the United States. Being treated with respect results in a stronger work ethic. And respect generates a greater will to work and to provide better pay and working conditions. Why work in - food services or cleaning - if people fail to recognize and appreciate the need that every job is fulfilling, and the stepping stone it provides. Show a little respect.

2. Create jobs, not just wealth. Living in the Bay Area is a lesson in how great wealth flows from low labor costs. It's hard to imagine a time or place when more wealth was created by fewer people. Think about an app created by two guys in a garage that makes them gazillions. But work is essential to a decent life and to feeling part of society. And if we don't have jobs for people, people will do other things to get by and won't feel part of our communities. This is a call to the brilliant entrepreneurs and investors - figure out how to create more and better jobs - not just generate great wealth for some.

3. Demand action to match the rhetoric. Jobs, jobs, jobs. That is the central, core issue. Challenge people running for office: What will they do to get out of the way or provide the incentives to create more jobs, better jobs? How will they help people who need work, but are outside of the workforce, to get in? Don't buy the rhetoric. Probe. Push. Vote.

4. Make it possible for people to work. Although the unemployment rate is falling, the percentage of the adult population working has been steadily declining for years and now stands at about 63 percent. The right focuses on work ethic - cut entitlements so that people have to work. The left focuses on increasing wages and broadening entitlements - those who fall out of the workplace or never get in need somewhere to land. We have to encourage work and make it possible for people who face challenges to enter the workforce. We lose the $60 billion or so of productivity from roughly 1.5 million people each year, for example, because their history of incarceration is a barrier to entering the workforce. Companies can play an important role here by hiring people who have demonstrated they deserve a second chance, and consumers should reward those companies that do. Reach out to someone who needs work and help figure out how to get them connected.

5. Make work pay. The market is not always able to pay enough, even with the minimum wage boosts that some cities have enacted. We should support work incentives that don't force people into "either/or" choices like total disability or 100% work income. Eliminate the "benefits cliffs" that make working less the rational choice. California's legislature and governor just did something right when it became the 26th state to enact a state-level Earned Income Tax Credit (EITC) in 2015. People on both sides of the aisle agree on the power of the EITC to move people out of poverty. And while the federal EITC is only for workers with children, California also added in childless workers (who oftentimes are part of family systems that need their incomes).

So don't just kick back this Labor Day - demonstrate with hearts, minds and action that we respect the American worker: the janitor and waitress, the building manager and the copy shop operator - the people who delve and carve - and do all you can to make sure that everyone has the chance to be included in that circle of respect. President Theodore Roosevelt put it this way, "Far and away the best prize that life has to offer is the chance to work hard at work worth doing."