Long before digital cameras and posing memes like planking existed, they were just five guys on a lake with their entire lives stretched out before them.

Every five years since the original photo was taken in July 1982, the men gather at Copco Lake (near the California and Oregon border) to recreate the odd photo. Each man as a stern expression; Rumer has a hat on his right knee; and Molony holds out a jar with a pet cockroach, kept company by a picture of actor Robert Young and a butterscotch candy to snack on. While the props may change every five years, the five men remain.

The friends have a website to share the photos taken over the years. "Watch us lose hair and gain forehead, gain and lose and gain and lose weight," a note on the site says. "There are reasons we all decided it was better to take the photo with our shirts on."

"The photos mean a lot to us and is a tribute to our enduring friendship," Dickson (the guy on the right) told Huff/Post50. "It is great to have close friends for so long."

Their tradition has caught the attention of the media: CNN and local news groups have profiled the friends over the years. You can take a look at their photos, starting with the original and working up to the newest one taken this year.

Do you have a perennial photo tradition with your friends or family? Send your own before-and-afters to SayItOnHuffPost50@huffingtonpost.com. 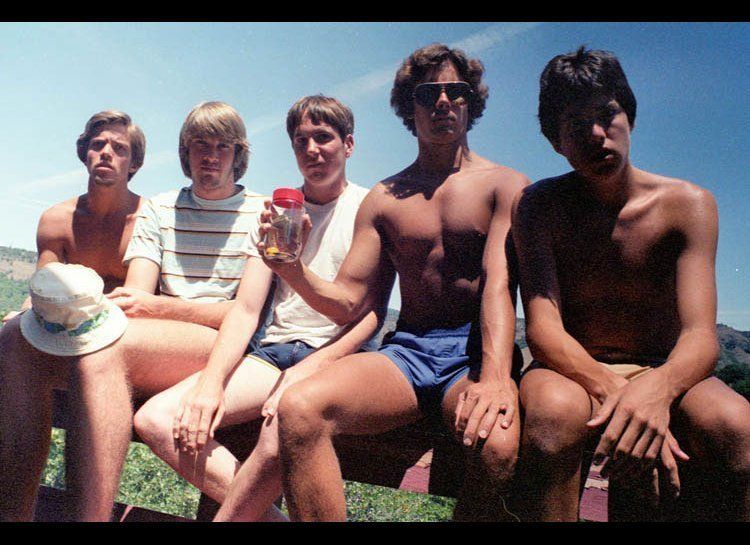