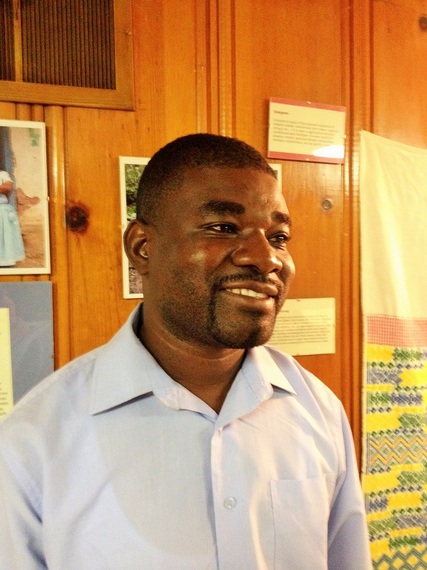 Some things never change. In Haiti, no matter the century or decade in question, one can be certain that: the state and elite are trouncing the rights and needs of the majority, the population is protesting to demand land and justice, and the international community is taking the wrong side.

Five years after the earthquake that killed an estimated 200,000 to 300,000 (no one knows for sure) and rendered 1.9 million more people homeless, the fraudulently elected administration of Michel Martelly has abandoned any pretense of democracy. Having failed to hold elections three years in a row, instead letting national and local elective seats become vacant, the government now rules by decree. It is also attacking and killing human rights defenders. The elite, in combination with foreign corporations, are seizing land for agribusiness, mining, tourism, and free trade zones. The grassroots has taken to the streets to demand democratic government and an end to foreign occupation by the UN. Social movements are also mobilizing for defense of land, housing, and rights. The US has, until recent months, staunchly supported the government. It has backed this support with "security" funding, including more than $7 million for the police in 2015, for a nation not at war against anyone but its own people.

Jackson Doliscar is a community organizer and human rights defender. Since the earthquake, he has been the primary outreach worker in an international campaign for the right to housing for those left languishing under tents, through the Force for Reflection and Action on Housing (FRAKKA, by its Creole acronym). This is the first in a two-part series.

Beverly Bell: Protests have been consistently underway for weeks. The government is in crisis and Prime Minister Lamothe, the neoliberal backbone of the government, has resigned. What's going on?

Jackson Doliscar: The Martelly government that's been in power for four years should have organized elections every year. In its quest to achieve a totalitarian government, it hasn't organized any election. Every year, a third of the senate must be renewed. This hasn't happened. As a result, by January 12, two-thirds of the senate will be gone; we'll be left with only 10 senators out of 30. [The same has transpired with the national legislature and local posts.] That's the goal Martelly has pursued so he can rule by decree and be solely in charge of making law.

We have to be very vigilant to prevent the rise of another dictatorship, patterned after François Duvalier's. The international community has to be vigilant, too, to insure that the country takes steps to implement overdue elections to salvage what remains of this deficient, pseudo-democracy.

BB: What has been the role of the US government vis-à-vis the Martelly Administration?

This is a cruel process on the part of the American government. It's in contradiction with American claims to promote democracy in the world, just like we saw with its ongoing support of Papa Doc and Baby Doc [François and Jean-Claude Duvalier, who ruled for 30 years with steady US political and financial backing except for a brief time under Kennedy]. Those two created the roadmap that Martelly is following today.

BB: Jackson, tell us about the state of the right to housing for those left homeless by the earthquake, and the right to land for those displaced for mega-development projects.

JD: The problems of land and housing in Haiti are crucial, and require a lot people working towards resolving them and defending the rights of the people involved: peasants, and people who lost their homes in the earthquake. Then there are people whose shelters have been destroyed by the government, like in Port-au-Prince where the government has forced out more than 60,000 inhabitants [from displaced persons camps].

Let's talk about forced evictions in pursuit of the Martelly government's slogan "Haiti is open for business." The government is kicking people off their lands to sell off the country piece by piece. The government is displacing people in order to create tourism zones, like on Ile-à-Vâche [a small island off the northern coast of Haiti]. That island used to have two police officers who provided all the security, and now, at the drop of the hat, they have 100 BIM officers [Motorized Intervention Brigades, a special unit of the Haitian National Police] to put pressure on people and physically threaten them.

BB: Say more about the forced evictions that are taking place in displaced persons camps as well. Why are they doing that?

JD: The government is disseminating propaganda saying that they've resettled people from the tent camps, but there are still many people in them. It's hard to make a true count of how many: the International Organization of Migration says 80,000 in Port-au-Prince now, but we think there are more. So the government has to evict the inhabitants so no one can see that there so many people left homeless and living in such terrible conditions.

There are other instances where people who claim to be landowners are trying to force people out of the camps, claiming they need to use the land. Sometimes they show up with the police to force everyone out; sometimes they set the camps on fire. For example, on January 11, 2014, a group of hired thugs set fire to a camp in Delmas 3 in Port-au-Prince.  Three children were burned alive.

BB: What threats are people facing in the work to defend democracy and the right to land and housing?

JD: Human rights laws, and those working to protect them, are in great danger today. Defenders of human rights become victims themselves, suffering serious threats and pressures. The government has arrested and imprisoned people because of their political convictions, their organizational involvement, their protests against the corruption they see in the state, et cetera. There are more than 20 political prisoners being held right now, and that includes human rights lawyers.

To finish, evictions and attacks against human rights workers are two things that we take very seriously. This is a far-right government that is generally unconcerned with human rights, but they have to take responsibility and provide security. Human rights are what make democracy work worldwide, and it's up to the government to ensure their protection.

Huge thanks to Max Blanchet and Nathan Wendte for translating this interview, and to Ellie Happel for input.

Beverly Bell has worked for more than three decades as an advocate, organizer, and writer in collaboration with social movements in Latin America, the Caribbean, Africa, and the U.S. Her focus areas are just economies, democratic participation, and gender justice. Beverly currently serves as associate fellow at the Institute for Policy Studies and coordinator of Other Worlds. She is author of Walking on Fire: Haitian Women Stories of Survival and Resistance,  Fault Lines: Views Across Haiti's Divide, and Harvesting Justice: Transforming Food, Land, and Agricultural Systems in the Americas.

Copyleft Beverly Bell. You may reprint this article in whole or in part.  Please credit any text or original research you use to Beverly Bell, Other Worlds.