As the fragile ceasefire helps the dust settle somewhat over Syria, it is time to take stock of who has stood firm through these turbulent years and who has wavered. There is no doubt that Saudi Arabia has been among the select few to have kept its position, despite the ebb and flow of the embattled country's fight for survival. Since the beginning of the crisis, Riyadh has maintained that this regime is murderous and brutal and that Syrian President Bashar al-Assad must go -- either via negotiations or through military means, if lasting peace is to be achieved.

Things went from bad to worse and turmoil within Syria spread far and wide. The Arabs kept faith that common sense would prevail among all stakeholders. At the same time, they also banked on the credibility of United States President Barack Obama, particularly when he said that the use of chemical weapons would be a "red line" for the regime, the crossing of which would lead to prompt action. However, we soon found out that the regime was not abiding by that "red line" and was in fact encouraged by America's failure to put words into action.

This bizarre turnaround and the world's inability to do something about it have resulted in enormous loss of human life -- more than 250,000 according to one estimate. The Syrian Observatory for Human Rights counts more than 370,000 people killed since the beginning of the revolution, with as many as 122,997 of them being civilians. According to Unicef, the conflict has created 2.4 million child refugees, killed many and led to the recruitment of children as fighters.

The other, perhaps more horrendous, outcome of this conflict has been the emergence of ISIS (the self-proclaimed Islamic State of Iraq and the Levant), a phenomenon that the world is yet to come to grips with. The group has not only attracted thousands of fighters from all over the world, it has also wreaked havoc across large swathes of land in the region. Despite this, however, it is only Obama who miraculously believes -- which he expressed in a recent interview with the Atlantic -- that his decision not to take action in Syria has been his major achievement. 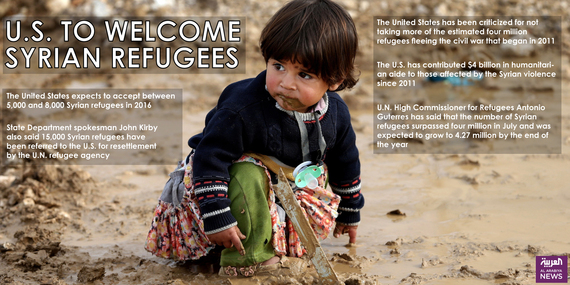 Leading from the front

Contrary to Obama's depiction in this rather lengthy interview, and his reluctance to put a firm foot forward, Saudi Arabia is now leading the region from the front. More admirably, it is doing so on several fronts at the same time, something that was probably least expected even a few years ago.

A Saudi Arabia-led coalition is now fighting a decisive battle in Yemen, even as it remains committed to a political solution. Besides, Riyadh is part of the US coalition against ISIS and has succeeded in building a new alliance, which was demonstrated in the Northern Thunder drills over the past few weeks, showing the world what it can do.

All this has gone on while Syria has descended into chaos and still seems years away from real peace. While lack of American action has been the contributing factor in the Syrian crisis since the beginning, Russia's entry into the battlezone added another dimension to the conflict. Moscow's missiles not only emboldened the Syrian regime, but also became a catalyst for Iran and Hezbollah's greater involvement in the killing fields.

For Assad loyalists, Russian military build-up in Syria was understandably not an invasion or indeed, a new foreign occupation, of Arab lands. To them, Assad continues to remain a legitimate leader and the intervention has been on behalf of the people who elected him. However, Russian withdrawal on Monday once again opened a Pandora's Box on whatever the future holds for Syria.

The Iran nuclear deal was another major phenomenon that unfolded as the Syrian crisis was going on. The deal led to the lifting of sanctions against Iran and gave the country a new lease of life after years of isolation. The US allies in the Gulf were kept away from the negotiation table and the regime in Tehran, which has spread its tentacles across the Arab world, was unshackled. This can potentially create further upheaval in the region.

There is little doubt that Arabs will never forget how Obama let them down and sided with Tehran, which now remains the only force on the planet backing the murderous Syrian regime.

This article was first published in the Gulf News on March 16, 2016.