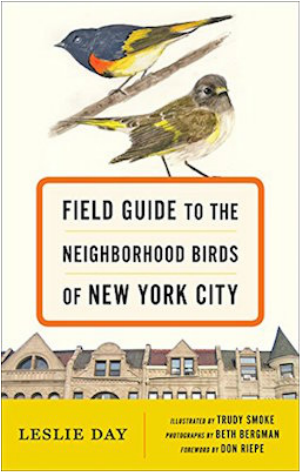 As winter officially turned into spring, Leslie Day was in Fort Tryon Park at the northern tip of Manhattan signing her latest book, Field Guide to the Neighborhood Birds of New York City. Dr. Day and her collaborators have chosen to devote their efforts to information about birds in the five boroughs exclusively. "New York City offers some of the best birding sites in the northeastern United States," offers Dr. Day. "There are so many birds in New York because of where we sit geographically. We sit below the Atlantic Flyway. As they pass over the city, birds see an abundance of parks and coastline."

Dr. Day has chosen to collaborate on her New York City field guide with two other New Yorkers: Trudy Smoke, who provided the book's wonderful illustrations, and Beth Bergman, whose fabulous photos are a joy. These three fabulous New York women have been to every park in Manhattan, Brooklyn, Queens, Staten Island and the Bronx, seeking out their feathered material. Their pooled talents have yielded a field guide that runs from Double-Crested Cormorants to Yellow-Bellied Sapsuckers, revealing the richness of diversity in the lives of our fellow New Yorkers from the natural world. 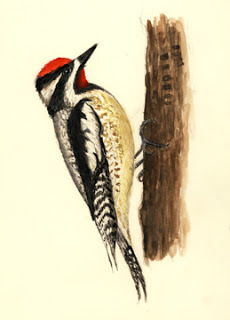 Typical of New York, the city's avian population has its superstars. New York City Red-tailed Hawks (Buteo jamaicensis), include the famous Pale Male, the Fifth Avenue Hawk, who has his own web page and stars in a movie.

But city living can be dangerous for birds. Pale Male is raising young with his fifth mate. The previous four Mrs. Pale Males died from rodenticide after ingesting poisoned rats and pigeons.

Other New York City birds die during migrations from wintering to breeding grounds and back. Many crash into windows on the city's skyscrapers. Others become confused by the city skyline lighting up the night sky. These birds fly in circles, eventually dropping from fatigue. At the request of the Audubon Society, the city's tallest skyscrapers now defer to nature at least twice a year as part of its Lights Out Program. Lights are dimmed at midnight in September and October, during the peak of the fall migratory season, and again in April and May, during the peak of the spring migratory season. 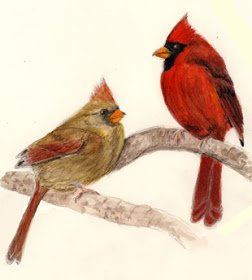 Each bird entry in Field Guide to the Neighborhood Birds of New York City includes city-specific information including: Where and when to find, Behavior, Nest and eggs, and Ecological role. And birds in the five boroughs certainly do seem to have a New York City frame of mind, or at least avian city street smarts.

House Sparrow Passer domesticus: Where and when to find: One hundred house sparrows were introduced from Europe into Brooklyn, Manhattan and Chicago in the early 1850s, and the species expanded throughout North America. It is the most commonly seen bird throughout the five boroughs and lives here year-round. Nest and Eggs: I have seen them emerge from places that are surprising, like the nostrils of Teddy Roosevelt's bronze horse on Central Park West in front of the American Museum of Natural History.

Dr. Day's field guide even gives ample coverage of the city's pigeons, which she admits, are often classified by their fellow New Yorkers as flying rodents.

Rock Pigeon: Columba livia: Behavior: European settlers brought them to North America in the seventeenth century. As carrier pigeons, they have saved thousands of lives during wars. Ecological role: Omnivores; they help clean up food litter on our streets and feed on berries and weed seeds.

The field guide begins with a foreword by Don Riepe, Jamaica Bay Guardian, American Littoral Society, who quickly debunks New York myths about about the city as "a concrete jungle devoid of any bird life save pigeons, starlings and house sparrows." The back of the field guide includes New York birding organizations and resources for New York City birders such as a list of Birdwatching Organizations and Rehabilitators for hurt, orphaned and sick wildlife. There is also a detailed list of Birding Hotspots by borough (Staten Island has the most), and a surprisingly long list of Photographers' Blogs that Dr. Day describes as "a great gift to our city." Concludes Dr. Day: "Once you start to notice birds, New York City will never look the same." 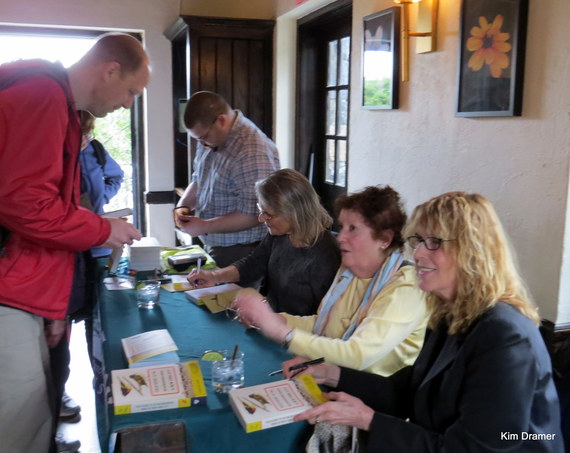 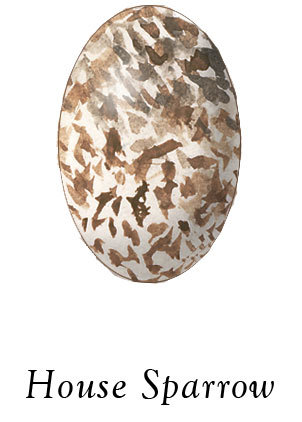