The 26-year-old singer-songwriter, who also happens to be dating Robert Pattinson, looks gorgeous on the cover of Issue 93, wearing nothing but silver jewelry and nude underwear. In the accompanying interview, she discusses art and influential locales, like the London underground and New York City.

"For the past two years, in New York, I’ve been voguing and learning more about the movement. I go to kiki balls and reach out to dancers. I’m not even that good, but I’m getting there," FKA Twigs told V.

She continued: "I wrote a song, a month ago. I can’t remember the lyrics. It was something like 'boys growing boys growing girls into women.' I’ve felt more like a woman since I’ve met these men so in touch with their femininity. They teach me how to be a woman, how to feel, how to have class and poise, and how to feel good about myself. I’ll dance for them and I’ll dance for myself, as thanks."

For more, head over to V Magazine. 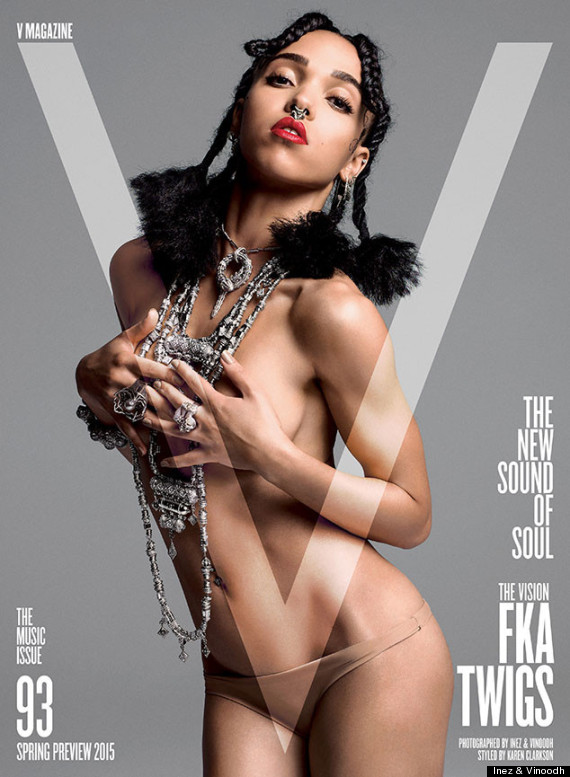 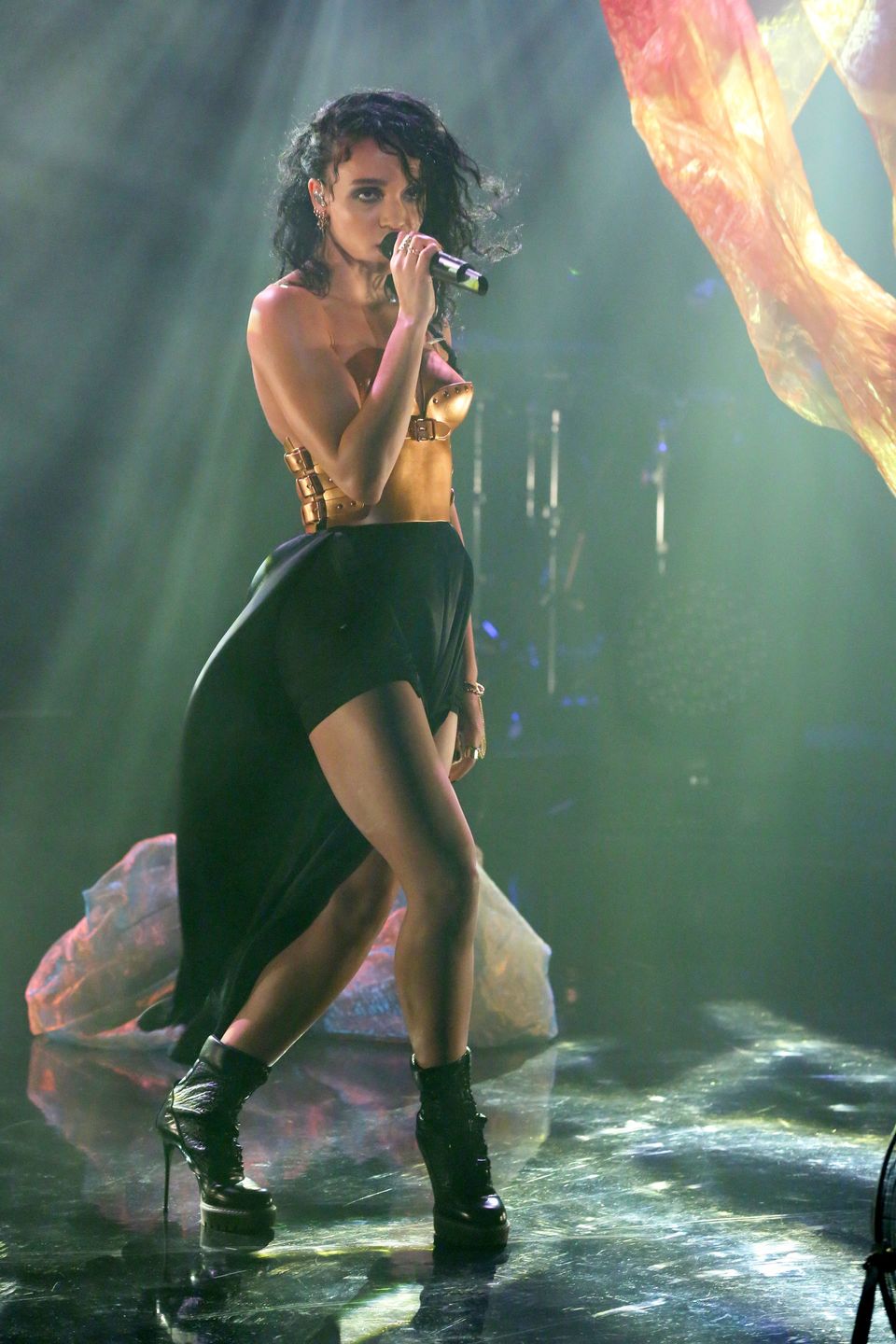