FKDL's new wall celebrates Audrey Hepburn for her May 4th birthday in the Brussells district where she was born. Liz Taylor is her special guest.

There are many references to pop culture, movies, fashion, and celebrity that have appeared in street art in the last decade or so, thanks to our full immersion in the National Entertainment State. We always say that the street reflects us back to ourselves, and apparently we are fixated on poised prettitude, at least in some cities. From street artists like DAIN to Judith Supine to Faile to The Dude Company, Tian, Aiko, TooFly and a myriad of anonymous stencillists, you are bound to see depictions of glamorous women and in a variety of archetypes popping up on walls and doorways no matter the year. 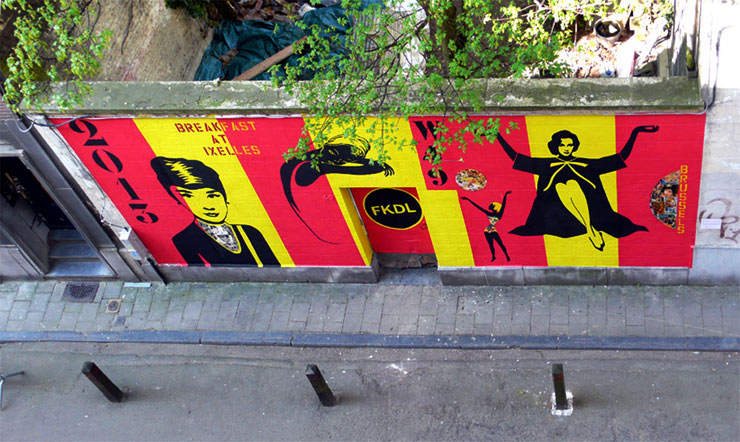 Parisian street artist FKDL reliably returns to his wheelhouse of the 1950s and '60s when he looks for images of idealized females. Even his silhouettes of graceful and lithe dancing figures will remind you of the 2-D animations of opening credits of Hollywood movies from the golden age, the hip early years of television, beatniks in tight turtleneck sweaters reading poems, and swinging chicks on the cover art from long-playing jazz albums. As a "fill" to his forms, he often pastes in an actual collage of vintage commercial illustrations that he cut from magazines and dress making pattern envelopes. Clearly his is a romance with an image of female beauty from an earlier time and he reliably visits it again and again in his work on the streets of Europe and New York. 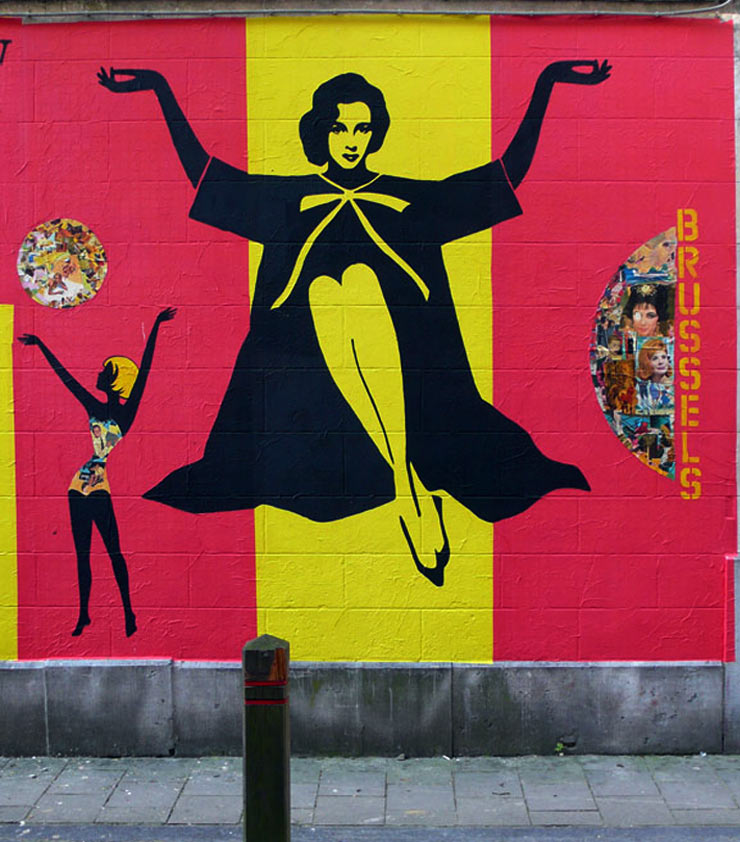 So it is no surprise that last week when FKDL was in the Ixelles district in Brussels he found a lone façade wall on an empty lot that faces the street and was compelled to paint a tribute to the cinema icon Audrey Hepburn, born there 84 years ago this Saturday. "Breakfast at Ixelles" refers to the location and her most famous movie, set in New York, Breakfast at Tiffany's. While doing the wall he decided to also pay tribute to another screen grand dame: Elizabeth Taylor. The 30-foot wall uses his distinctive collage style and the paint colors are associated with the Belgian flag. 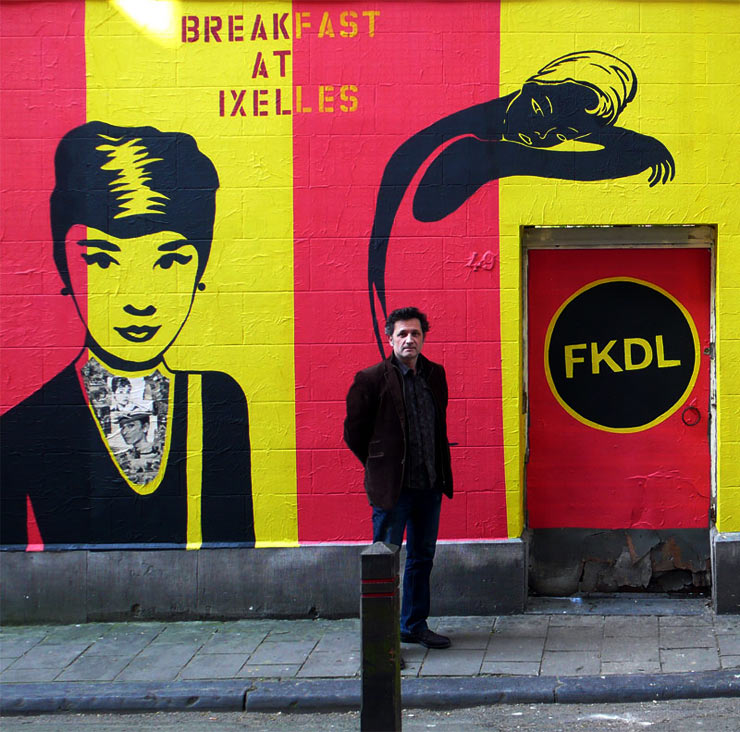 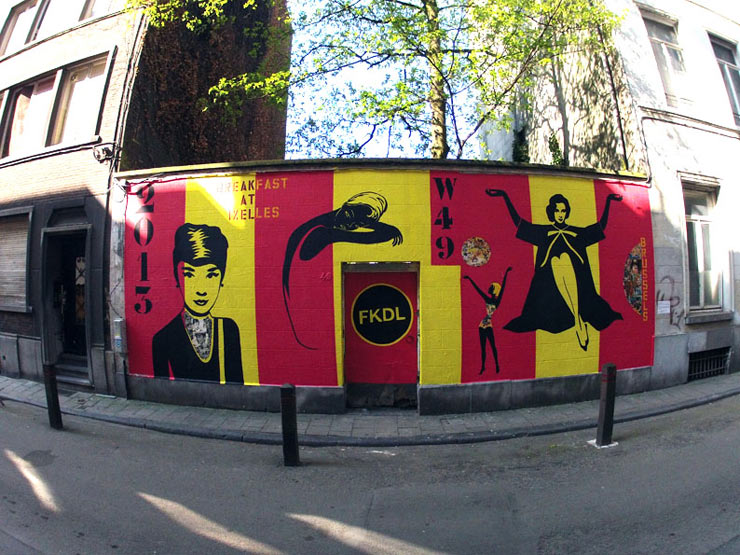 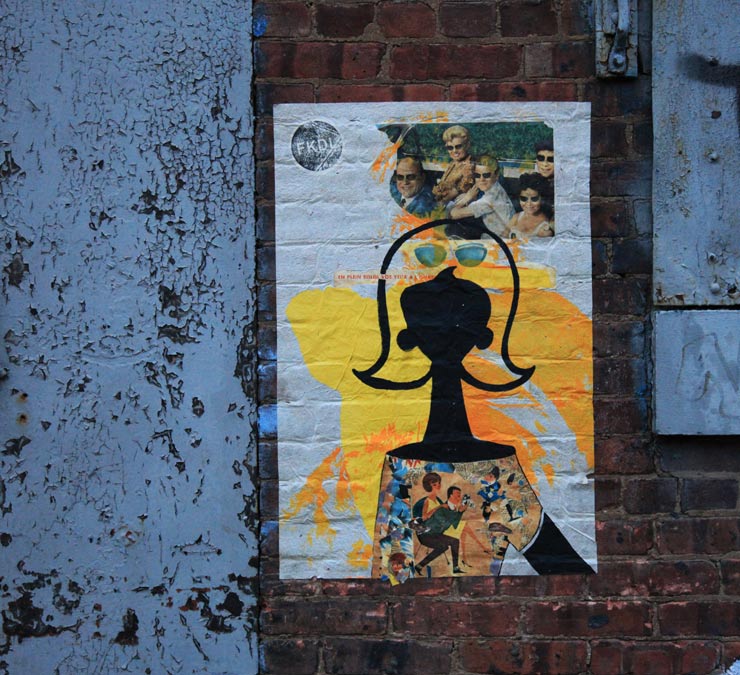 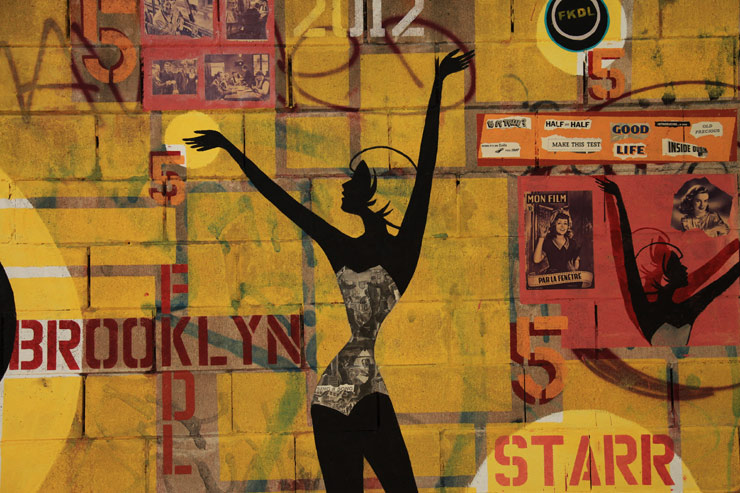 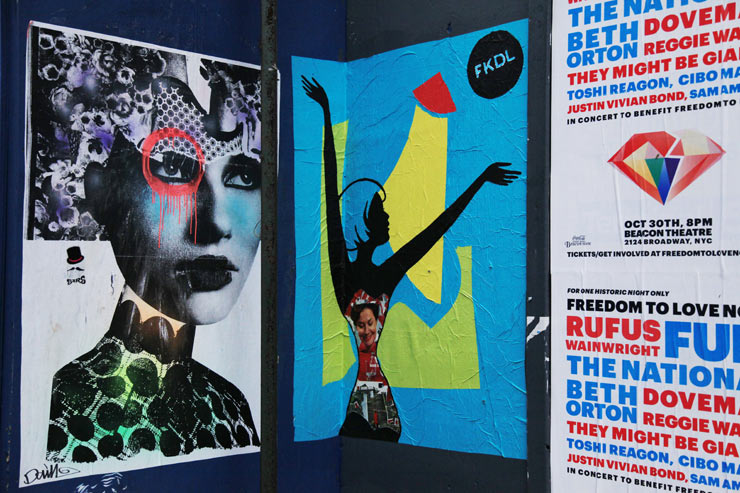 FKDL next to DAIN in Brooklyn (photo © Jaime Rojo) 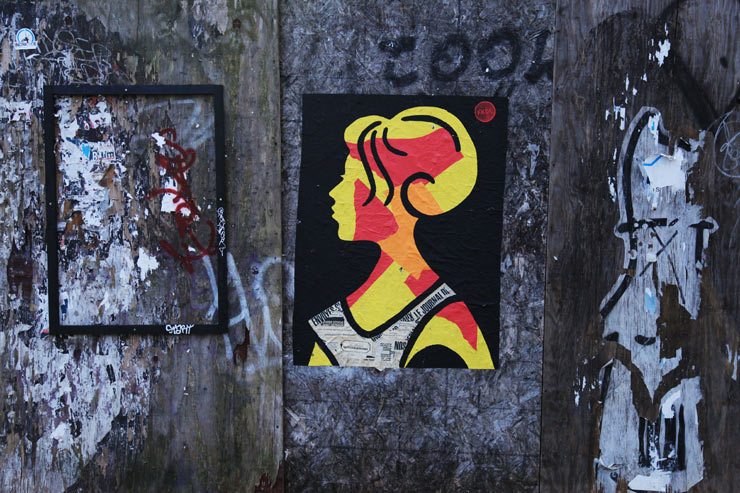