Elizabeth Crowe recently learned that the red couch in her family's living room holds a toxic secret -- hidden inside its foam filling is a toxic chemical that was removed from kid's pajamas more than 30 years ago due to health dangers.

"I think about her developmentally and all of these toxic land mines that we're dodging every day," said Crowe, director of the Kentucky Environmental Foundation, who lives in Berea, Ky. "To have something like a piece of furniture providing this constant toxic dose to her is so disconcerting."

Crowe, who had been careful to choose her family's couch from an eco-friendly line at a popular retailer, participated in a study published on Wednesday, which found that 85 percent of 102 couches tested across the U.S. contained toxic or untested flame retardant chemicals -- at levels up to 11 percent the weight of the foam. The newer the couch, the more likely it was to be treated with the chemicals.

Many of the older couches tested by Duke's Heather Stapleton, along with her colleagues, had been treated with polybrominated diphenyl ether (PBDE), a flame retardant widely employed after the ban of polychlorinated biphenyls (PCBs) in the 1970s. When PBDE was discovered to be just as harmful, and phased out in 2005, the industry looked again for swappable chemical cousins to continue meeting California's furniture flammability standard.

As the public becomes increasingly aware of particular poisons in household products, companies are responding with a line-up of substitutes. These alternatives, however, tend to go through just as little safety testing as their predecessors. And today, many are proving equally toxic, if not more so, said Arlene Blum, a University of California, Berkeley chemist and co-author on the study published Wednesday.

"Unknown chemicals that were claimed to be safe and then turned out to be toxic are then banned and replaced by other unknown chemicals that are claimed to be safe and turn out to be toxic -- that's the drill, I think," said Blum, who points to the outdated Toxic Substances Control Act as a contributor to this problem. The 36-year-old law essentially assumes a chemical is safe until proven guilty.

Flame retardants are just one class of chemicals that appears stuck on this toxic treadmill. Plasticizers such as phthalates and bisphenol-A are another. Bisphenol-S, for example, is now common in BPA-free products.

Researchers recently found that up to 95 percent of these alternative plastic products leeched hormone disrupting chemicals, just like BPA does.

"That's obviously scary because BPA has been linked to what seems like everything -- from obesity to brain cancer and to pretty much everything in between," said Rachel Lincoln Sarnoff, a blogger and mom of three in Los Angeles who writes about environmental safety for children and parents.

Joel Tickner of the University of Massachusetts, Lowell recognizes the difficult position of today's consumers -- and of manufacturers.

"Folks are looking for that drop-in substitute, that next available thing that will work and that is cost-effective," Tickner said. "But those things tend to look a lot like the things we're replacing."

He sees the same story playing out with alternatives in a host of chemical products, including stain repellents and dry cleaning solvents.

"These new chemicals might be marginal improvements," he said. "But I think flame retardants have really shed a light on the unintended consequences of banning one thing without really understanding whether what's replacing it is better."

Bryan Goodman, spokesman for the American Chemistry Council, an industry group, told The Huffington Post in a statement that the new couch study by Stapleton, "confirms what we would expect to find: Furniture manufacturers use flame retardants to meet established fire safety standards, which help save lives. There is no data in this study that indicate that the levels of flame retardants found would cause any human health problems."

Stapleton, a Duke University chemist, also co-authored a study published last month on Firemaster 550's potential health effects. She found baby rats born to mothers exposed to even tiny amounts of the chemical concoction turned out to be heavier and more aggressive, and hit puberty earlier than pups of unexposed rats.

As chlorinated Tris is now expected to be phased out from furniture, some experts forecast Firemaster 550 to become the most widely used flame retardant.

People, especially children, tend to be exposed to toxins by inhaling or handling, and subsequently consuming, chemical-laden dust. (Washing hands frequently may help reduce some of that exposure.) A corresponding study also published on Wednesday found samples of house dust -- filled with chemical flame retardants including PBDEs, chlorinated tris and Firemaster 550 -- originating from couches, as well as treated carpets, computers and TVs. The majority of homes tested had at least one chemical above federal health guidelines, noted co-author Julia Brody, of the Silent Spring Institute.

A pending update to California's fire standard, however, could cut down on exposure to these toxic chemicals, as well as fire hazards, according to advocates who point to evidence that the fire safety benefit of flame retardants is minimal at best.

It's just one of the efforts underway in the state to rid products of what Debbie Raphael, director of the California Department of Toxic Substances Control, calls "regrettable substitutes."

Before even looking for a safer alternative, Raphael explained that other proposed state legislation poses the question to manufacturers: Is it even necessary? Can a couch -- or carpet, or lipstick -- be constructed differently so that chemical additives aren't needed in the first place?

Many moms are going through that same thought process.

Sarnoff, the family environmental safety blogger, uses glass instead of plastic to store food. Crowe, the Kentucky Environmental Foundation director, avoids canned products as much as possible. And while the Crowe family still has some older BPA-free plastic bottles, they have mostly switched to stainless steel.

As for the couch, Crowe said she won't be getting rid of it anytime soon. "What would we do?" she said. "How easy is it going to be able to find something that is less toxic?" 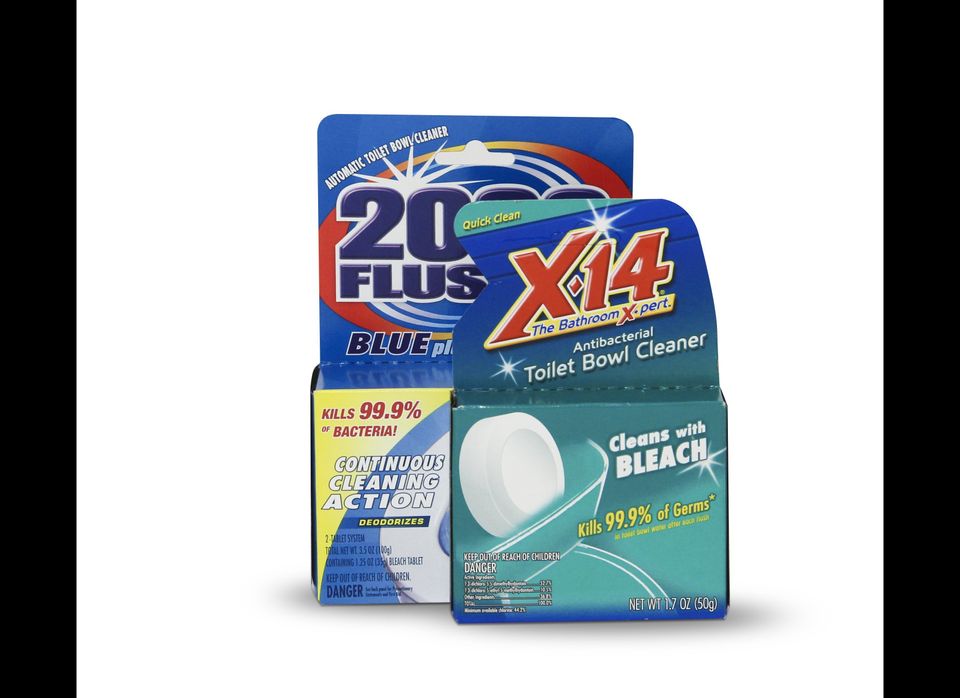