At the time these children are photographed, they are quite literally fighting the battle of their young lives. And that's exactly why the images taken of pediatric cancer patients and their families for the Flashes of Hope project are so evocative.

Founded in 2001 by Cleveland parents Allison and Kip Clarke after their oldest son Quinn was diagnosed with cancer, Flashes of Hope is a national volunteer-run organization created with the mission of photographing every child with cancer until every child is cured. The group today also raises funds toward pediatric cancer research. 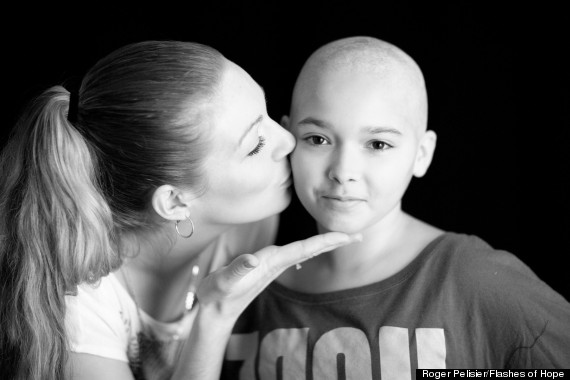 Photo by Roger Pelisier in Boston, courtesy of Flashes of Hope.

How it works is simple: Flashes of Hope connects children with cancer and their loved ones with local photographers -- as well as makeup artists and sometimes stylists -- willing to donate their services for free-of-charge photo shoots. After the shoots are complete, families receive framed photos, plus proofs and CDs they can use to make reprints.

The organization grew quickly from its humble beginnings and currently has 55 local chapters, each of which helps organize the shoots at area hospitals and special events and picnics, as well as recruit photographers and makeup artists. They also fundraise to make all of their efforts possible. 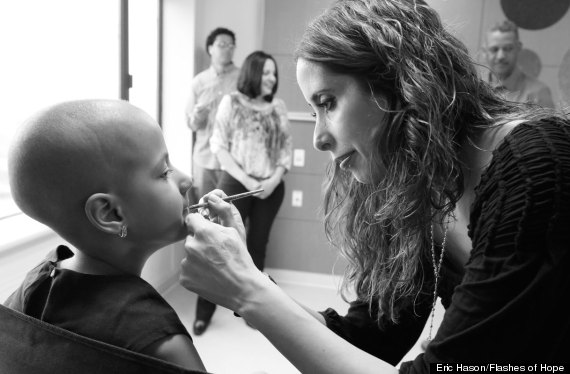 Photo from NYC chapter shoot by Eric Hason, courtesy of Flashes of Hope. Hair and makeup by nuBest Salon and Spa.

The largest of those chapters was founded in 2008 in Chicago when current chapter president Carrie Gowans helped organize the first photo shoot at the University of Chicago's Comer Children's Hospital. Then, the group was comprised of just eight volunteers. Today, the chapter actively partners with six area hospitals and three oncology camps and boasts nearly 400 regular volunteers.

Given that pediatric cancer has a five-year survival rate of about 80 percent, some of the shots will end up being the last photos ever taken of the child. Others will serve as a reminder of what the family overcame, documenting their journey from sickness back to health, particularly as some children are photographed multiple times as part of the project.

The power of what Flashes of Hope does, Gowans told HuffPost, is that when you look at the photographs produced as part of the project, "you see a child, not the illness." 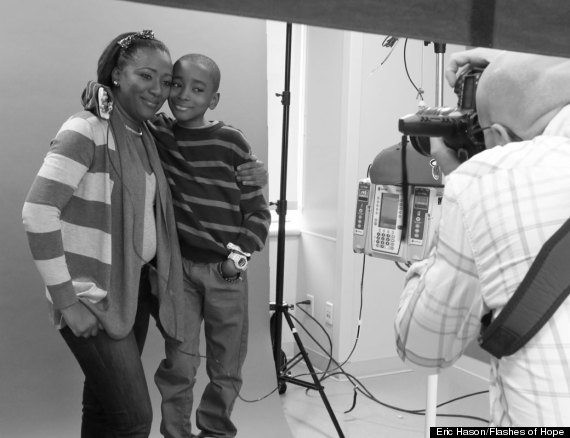 Photo from NYC chapter shoot by Eric Hason, courtesy of Flashes of Hope. Hair and makeup by nuBest Salon and Spa, pictured photographer is Dennis Kleiman.

"[The photos] show their grace, dignity, bravery and all these beautiful things. You sit and look and say, 'That could have been my child, or it could be my neighbor's son.' It speaks so much more to what's going on." 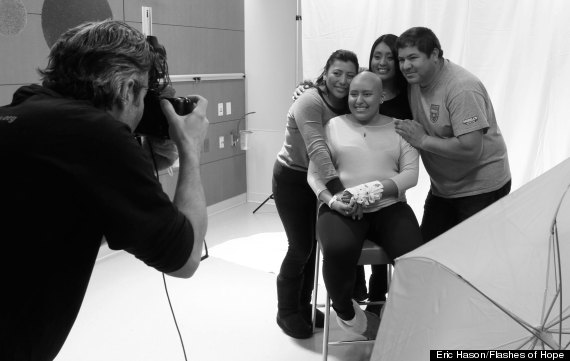 Photo from NYC chapter shoot by Eric Hason, courtesy of Flashes of Hope. Hair and makeup by nuBest Salon and Spa, pictured photographer is Geoff Green.

Nationwide, the organization photographs more than half the children diagnosed with cancer in the U.S. each year. Thanks to the help of thousands of volunteers, they've taken shots of 33,000 children through the end of 2012. This year, they expect to photograph 8,000 children.

But Flashes of Hope is about so much more than photo shoots. 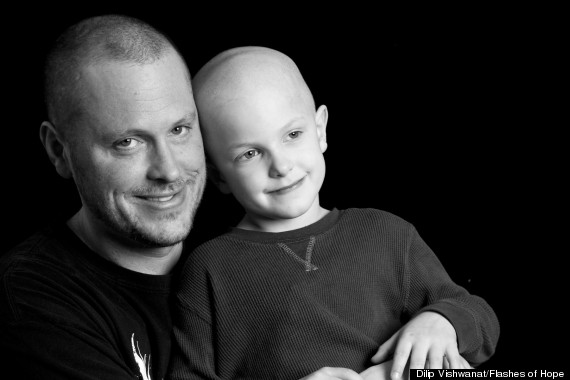 "It's nobody's fault and it is what it is, but we're letting people know about that and trying to change it," Decker told HuffPost.

Ideally, the group hopes they would have no sick children to photograph at all.

But until then, the work continues. The pair are gearing up for shoots next week at the Lurie and Comer hospitals during which another 30-40 families are expected to participate in the project, getting their day of royal treatment.

"It is so rewarding because it literally gets in your soul," Decker said. 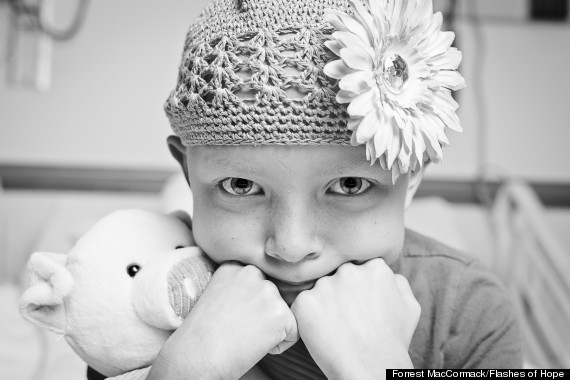