Of all the calamities that can befall a hamburger, few are as subtly devastating as a convex patty. Though a bulbous burger won't taste as awful as one that's cooked or seasoned badly, it will ruin the structural integrity of the whole sandwich. A misshapen patty will make it impossible to distribute toppings evenly, to place the bun flush with the meat or to keep the meat-to-topping and meat-to-bread ratios even from bite to bite.

If you've ever encountered this problem, it probably was not in a good restaurant. That's because many restaurant chefs have figured out how to form burger patties to prevent puffiness.

Susan Feniger and Mary Sue Milliken, the chef-owners of Border Grill, an acclaimed mini-chain of Mexican restaurants in Los Angeles and Las Vegas, clued us in on that method. Though they're best known for their authentic tacos, tamales and moles, they also love to serve sandwiches and burgers -- as long as the latter meet one crucial criterion.

"We're obsessed with all the tastes going all the way to the edge," Milliken said. "The opposite of [New York's] Carnegie Deli, where the middle bite is just a huge mound of meat. We want it to be perfectly even, for every single bite of the sandwich to have every taste in it."

To counteract the tendency of a burger to bulge out, Milliken and Feniger recommend squishing the center of the raw patty of ground beef so that it's indented in the middle. You want to do this from both sides of the burger.

"If you form them and you make the inside thinner and the outside bit bigger, then when you cook it, it all ends up exactly the same width," Milliken said. "Otherwise if you just do it all the same, it puffs up in the middle."

I tried out Milliken and Feniger's technique at home, comparing it with my usual method. Here are the two raw patties side by side: The Milliken-Feniger one is on the left; the traditional hockey-puck shape on the right. 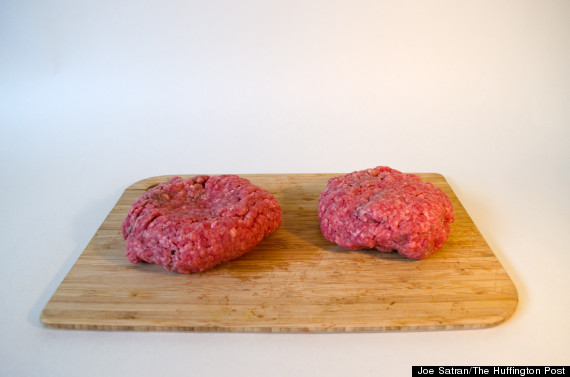 I then cooked the two patties on my trusty cast-iron griddle, which many experts agree is preferable to an outdoor grill. 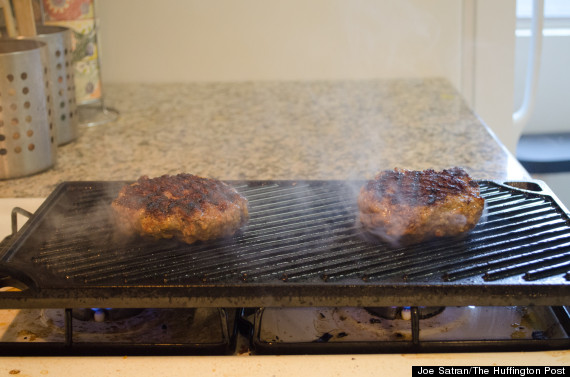 Look how flat the burger formed using the Milliken-Feniger method turned out!

Feniger noted that the flatness of the burger becomes even more crucial once you add toppings and a bun. A slight tilt to the burger gets magnified, Leaning Tower of Pisa style, by extra ingredients.

"If you do this right, every bite will get not only the ground beef, but also the mustard and the cheese and the pickles, which really makes for a far better eating experience," she said. "There's a lot with common-sense thinking that the average person just isn't thinking about."

Here's a side-by-side comparison of the finished products. You'll notice that the top of the bun and the slide of tomato are tilting precariously on the puffy burger (at right), but they're completely straight across on the flat burger (at left). 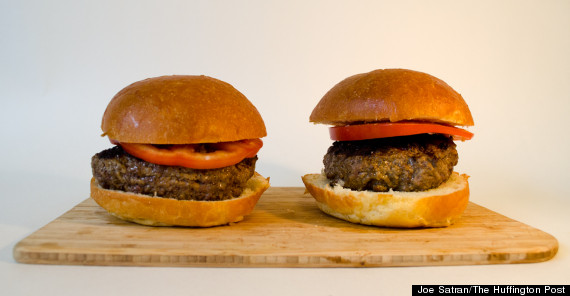 Chef Shortcuts is a new semi-regular cooking series on HuffPost Taste in which I ask some of the world's best chefs to share one great tip, one cooking technique they've learned in all their years in professional kitchens. Then, I test it out at home! The idea is to discover shortcuts that will help you create restaurant-worthy dishes in your own home.