Editors at fashion publication Flaunt Magazine certainly took the title of next month's magazine to heart: the cover of the Flaunt Magazine Denim issue is printed entirely on denim.

Sponsored by Guess as part of its 30th anniversary campaign, the issue is filled with denim fashion and jean-themed content. Readers can learn how to style jeans, while carrying the magazine as a denim fashion accessory in and of itself.

German supermodel Claudia Schiffer poses in black-and-white -- or shall we say, black-and-blue -- on the cover as a nod to her early days modeling for Guess. Schiffer reprised her role this year in honor of the brand's three decades in the business. For the Flaunt cover she was photographed by Ellen von Unwerth, with whom Schiffer first worked during her six campaigns for Guess from from 1989 to 1991.

Inside the issue, actress and model Freida Pinto shows off her toned abs and retro chic style, with cropped curls similar to the same look Kim Kardashian rocked in her recentVogue Italia shoot. Anna Faris is also featured in Flaunt's denim issue, trading in her signature smile for the blonde bombshell look.

Flaunt is not the only magazine that has tried to spice up its print edition. Recently, the design magazine Wallpaper reached out to graphic designers to create 30 handmade covers for the August 2012 issue. 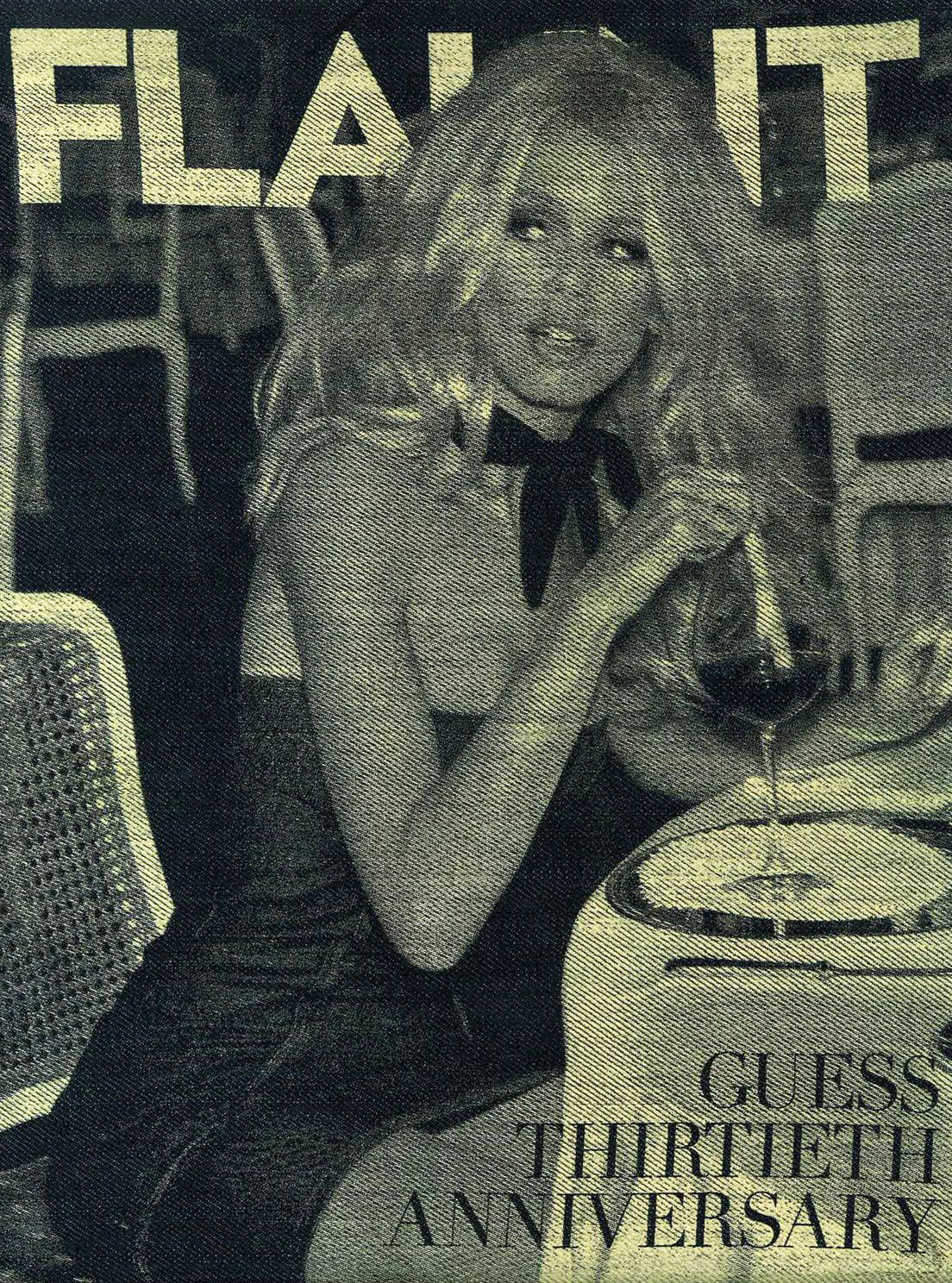 Check out the gallery to see some vintage fashion from Claudia's past!