In its first tenet, the ethics code for journalists states journalists should not only be fair and honest in reporting and interpreting information, they must also "seek the truth and report it." In this age of public relations ploys masquerading as news, and personal and political agendas disguised as newsworthy "leaks," it is imperative that readers, writers, and editors apply critical thinking before jumping onto the information bandwagon. A news "leak" implies that the disseminated information is being purposely withheld from the public and that the release of the information will benefit the public good. Protection of the source is expected, because the source of the information may suffer retaliation. Leaks differ from an "embargo" of information, which is an agreement not to publish until a particular time frame has passed, or until certain conditions for publication have been met. 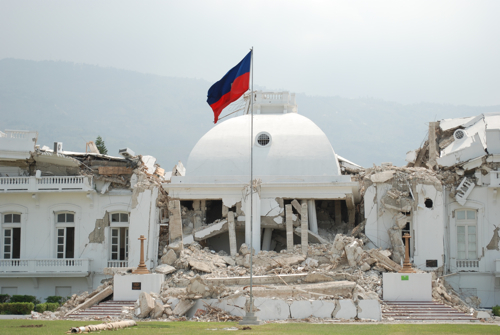 March 2010 and six weeks after earthquake

A USAID draft report,"Building Assessments and Rubble Removal" (BARR), in earthquake ravaged Haiti was cited on May 27 by Agence France-Presse (AFP) and promptly picked up by the Associated Press before it went global. Generated on March 15, the 40 page graphic-heavy report contains a potential bombshell in a conclusion contradicting the official Haitian death toll of 200-250,000. The BARR report says, "The number of fatalities that resulted from the earthquake is estimated at 46,190 to 84,961."

The report, conducted for USAID by the consulting firm, LTL Strategies, also reduces the United Nations figure of 680,000 homeless to 68,000. The premature release of this non-peer-reviewed report serves no one, and the State Department has already distanced itself from the findings. According to HaitiLibre:

She would not elaborate or say whether the report could change significantly once the inconsistencies are resolved. Haitian government officials said they had not seen the report and could not discuss it.

This document should never have been promoted to the public. "Promoted" is a carefully chosen word here. The question that has not been answered is "what is the possible motivation" for the release of this document?" Was it motivated by political expediency? Let's rebrand the "leak" and call it "Public Relations" for the sake of this discussion. There is a public record of a timeline that might be useful here.

At a Senate hearing on May 11, Republicans, led by Rep. Jason Chaffetz (R-Utah), described U.S. relief efforts in Haiti as "pathetic" and said USAID had failed to track its spending and appropriately monitor outcomes.

USAID administrator, Rajiv Shah responded, "You can't judge the effort in Haiti in one or two years." "Haiti has been a very poor country for a long time." With those words Shah effectively erased the impact of the January 2010 earthquake. It is the same line of reasoning used by the United Nations in it latest report on the cholera epidemic, which effectively blamed Haiti for not having the sanitation infrastructure necessary to slow the spread of the contagion introduced by United Nations troops. The final UN report blames a "confluence of circumstances" instead of the reality of a confluence of contaminated effluents introduced by Nepalese troops into the Artibonite River system.

If USAID is behind the premature release of the flawed and unscientific BARR report, the report serves Shah's denial very well. 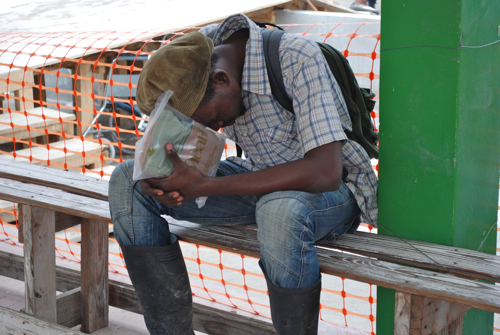 Lost in the Midst of Cholera October 2010

There is another story that unfolded a few days before the release of the embargoed BARR report. It was not widely reported or dissected in the media, but it should have been.

In another AP report, Daniel-Gerard Rouzier, who is nominated to be the new Haitian Prime Minister by President Michel Martelly, said he wanted to do away with the Interim Haiti Reconstruction Commission (IHRC), chaired by former US President Bill Clinton and the outgoing Haitian prime minister, Jean-Max Bellerive. On May 25, Rouzier said he wanted to eliminate the commission because of slow progress, called it "dysfunctional," and indicated he would replace it with a new government agency. "What I can tell you is that the (commission) as it exists today will not continue," Rouzier said in an interview. "I don't mean to crucify the people who came up with the concept. But sometimes when something doesn't work you have to fix it." This was two days before the BARR report was released.

The IHRC was formed after the January 2010 quake so that international donors would have assurance that reconstruction would be free from corruption, once again blaming Haiti for the mishandling of foreign aid donations, but not scrutinizing the international charities who receive the reconstruction money directly from agencies such as USAID.

Possibly realizing that Rouzier had committed a faux-pas and bitten the donor hand that is supposed to be feeding Haiti, President Michel Martelly did an about-face and said he and Rouzier, are ""very open and willing to begin discussions' with Clinton and the international community about the commission to 'make it more efficient' as its members seek to rebuild Haiti from the devastating 2010 earthquake."

If USAID wanted to slap down the new Haitian government for criticizing the Clinton IHRC, the BARR report would do the job nicely. Play down the death toll and the need for reconstruction and send a message that Haiti must still play by colonialist US rules. It would not matter in the end what the truth of the BARR report is. The headline that will stick in donors' minds is that the earthquake was not such a big deal after all. The threat of diminishing donations replaces the nice carrot and stick approach to Haiti with a bullwhip.

If USAID and or the State Department are not behind the public relations release of this embargoed document to the press, we are left with the authors as the source. Either they believed they had a very good report that has been languishing since March, or they have an ax to grind. Let's assume that the authors just wanted to make the report public and had nothing but good intentions. Defend Haiti would disagree with that statement, but you can read their take on the matter here.

It was the responsibility of the journalists who published this report to exercise caution and critical thinking. Would the BARR report ever pass scientific muster? Doubtful.

Even though it is a "draft" report, the document is riddled with grammatical and punctuation errors. US tax dollars paid for this, and even though the graphics are spectacular, content is lacking. White space is everywhere. Editorializing is rampant and has no place in a scientific study that by definition should be impartial from the get-go. The scientific method is all but abandoned, and a simplistic "hypothesis" that rubble removal encourages displaced people to return home is introduced.

What is especially troubling is that the authors present a tangential argument about the death toll. It is on page 36 that the scientific errors leap out at anyone who has even a minor understanding of statistical analysis. The authors "assume" 5.2 people per Haitian household and give nothing to back this up, except that this number is "found in large surveys throughout the island (something so consistent at to arguably be considered a law)." [Parenthesis by authors]

The authors then go on to introduce the statistical "p" value of "less than .01 %." Red flags should be going up everywhere. A "p" value is never expressed as a percentage. It is meaningless to express it that way. For example, a "p" value of .05 (one in twenty) means that there is a 5% probability that the relation between the variables found in a sample is by chance. It was also quite generous of the authors to arrive at a "p" value of less than one in one hundred when one in twenty is the accepted norm. If these were the best statisticians on the planet one might grant them a less than .01 "p" value. But a "p" value expressed as .01 % does not exist in mathematical language.

Page 37 is devoted to an egregious opinion piece that accuses the government of Haiti of lying about the death toll. This page alone should serve as a valid reason to relegate this "study" to the rubble it purports to study.

Page 38 is also eye opening. For all of you whose eyes glaze over at the mention of statistics, look at it this way. If someone were hired to do a study of your hometown that required an accurate count of the residents, and they took a shot in the dark at a population range of somewhere between 18,690 and 66,625, and decided using that huge range and the elusive "p" value that there were probably 42,608 people in your town--your local unit of government would probably fire them. But Haiti cannot fire USAID or the people and consulting firms that work for USAID.

Let's hope there is some ad hoc peer review of this mess. For now, it is the messenger of an irresponsible press community that should bear the blame. No one forced anyone to publish the findings and the damage is done. Haiti remains the slave on the plantation as far as the international press is concerned.

In case readers skipped over the link to Defend Haiti, this comment is a must read.

"One side is lying. Either it is the international community that now wants to lead off the reconstruction of Haiti, without participation or representation of the Haitian people, or it is the State Department and the writers of their report who also have their own gains and interests, that do not regard the Haitian people."