On the same day 2,600 marching soldiers, 50 armored cars and seven trainer aircrafts took off in Madrid in celebration of Spanish National Day last month, the hollow promises of Spanish politicians were sent on a doomed ride to the nearest sewer. All it took for the anonymous art collective known as LuzInterruptus to stage their counter-party were hundreds of sheets printed with campaign talk, buckets of water, and LEDs: 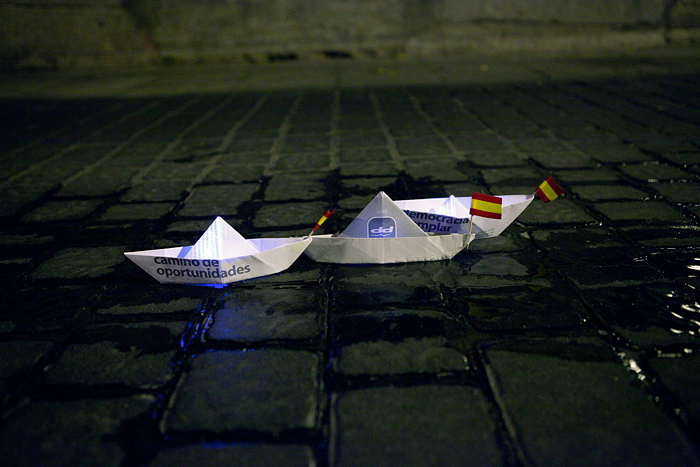 That day in Madrid, a quieter than usual National Day parade showed the effect of severe austerity measures implemented by Spanish Prime Minister Mariano Rajoy Brey. The extreme measures, which Brey announced in July, only six months after taking office, incited summer protests by the thousands. Among the complaints? The fact that Brey ran on a platform dramatically opposed in spirit to his reforms. 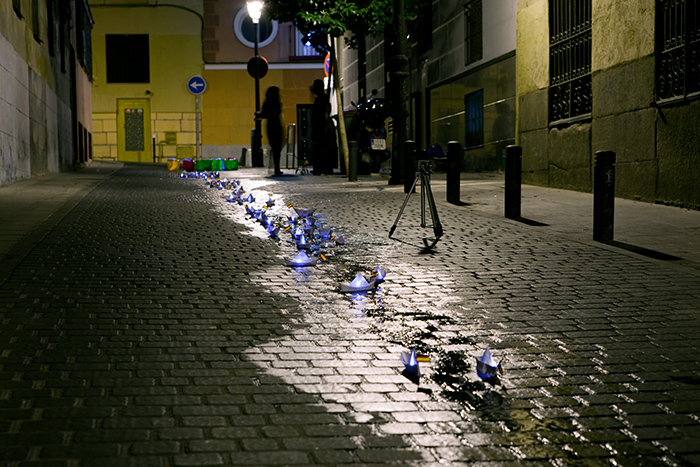 The 214 illuminated boats were made of pages printed with a Spanish political agenda titled “What Spain Needs." On their web site, LuzInterruptus describes the content as "hundreds of beautiful promises, which it seems to us, there has never been any intention to fulfill."

They got the fleet moving with 20 buckets full of a water and detergent solution, emptied at the top of the sloped Madrid street. The boats' natural stopping point was the sewer cover at the street's lowest point. 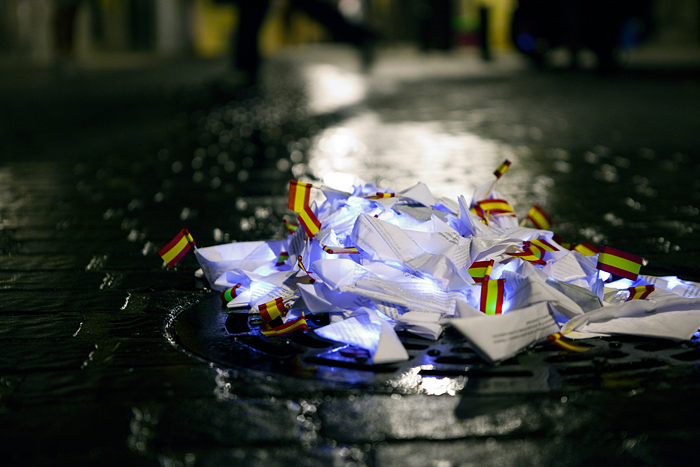 What say you readers? Which unrequited political vows would you exile to the sewer, given the chance? Let us know in the comments, and scroll through the slideshow below for more images of the float.