In 2010, Paul Solberg looped a Polaroid camera around his neck and headed to the west side of Manhattan for Fleet Week. The photographer, who is one half of The Hilton Brothers, wanted to "strike up conversations with the sailors and marines," he said in an email to The Huffington Post. After getting some great shots, Solberg biked home and later discovered the expired film stock he used was quickly deteriorating, so he developed what he could in the darkroom. We wanted to find out more about this project, so we asked him a few questions about his work, which is currently on view at Casa de Costa in New York. Scroll down for the interview.

The Huffington Post: Why did you want to capture Fleet Week in the first place?

Paul Solberg: I live a block from the Intrepid and have a view of it from my apartment. I often find myself imagining what that ship has seen in its 70 years. In 2010 I was reading Rupert Brooke and Wilfred Owen (both of whom were writing during WWI) and they sparked a newfound curiosity and a desire to connect with service members. Fleet Week, an annual Memorial Day weekend tradition in New York and a few other ports, gave me a perfect opportunity to meet some of them.

HP:What is your relationship to the armed forces? Have any members of your family or friends served in the military?

PS: I have some extended family in the service like most Americans, but I don’t have children or brothers or sisters in the Armed Forces. Like many citizens, though, I feel a sense of compassion and responsibility for the young men and women who serve our country.

HP: Could you tell us a bit about how and why this film deteriorated, and what your initial reaction was when you discovered this degeneration?

PS: It was old, imperfect film that was going to be thrown out at a local Manhattan camera shop, so they gave me a stack. I had already planned to make portraits during Fleet Week, but using the expired film stock was really serendipitous and unplanned. The film characteristics gave me just the right visual language I was looking for. After five days on shuttling around and meeting service members on my bike, my bicycle handlebars were covered with emulsion, the film was finished and the last picture taken. A few days later, I revisited the stack of developed portraits and the images had completely vanished. A portion of the images I did manage to scan are what you see in Service. I saw this ephemerality as part of the story. Everything is temporary, especially for these service members.

HP: When we were speaking over the phone earlier, Jason Costa (the gallery owner) said in his opinion the images are, in a way, self portraits. Do you agree?

PS: There can certainly be some elements of self-portraiture in a photographer’s subject matter. And after my conversations with the service men and women, my empathy and compassion for them grew. Some of their stories were reminiscent of the the Rupert Brooke poems I had been reading at the time. The thing I was most surprised about was how open the subjects were. I was just a stranger on a bike with a camera, asking to take their picture, and most were open. In portraiture, it is rare to find someone who looks into the camera with the sincerity and raw truth that these soldiers evince. Maybe they were so open because I was an anonymous guy off the street willing to listen.

HP: What are your influences? I first thought of Pierre et Gilles' stylized photos and daguerreotypes, but there's more here...

PS: Painters like Johann Baptist Reiter and Leon Bonnat andEdward Newling are influences. And so many perfect portraits I saw in the Hermitage inspired me. These pictures also draw on war poems of WWI. There are also vestiges of vintage British footballer trading cards I bought at an oddity shop in London.

HP: How do you work solo vs. your working process as part of the Hilton Brothers? What's different?

PS: They’re completely different but equally interesting. The analogy that comes to mind is that of a home. When you live alone, you can make your home entirely on your own terms, or at least you can aspire to do so. But when you share a home with others it becomes something else -- "my" room becomes "our" room. Two sets of eyes scrutinize the dirty corners, two sets of hands arrange the furnishings, and you develop shared ways of using the home. The secrets and lies you tell yourself are harder to hide behind. Through collaboration, they can often be confronted and demolished. I enjoy this discourse. As a duo we’re continually running towards this friction because it leads to opportunities for something stronger than our individual parts. Then when you work alone, it’s just shameless, absolute freedom. And that’s fun, too.

"Service Photographs" are on view at Casa de Costa in New York until April 16, 2013.

Correction: In an earlier version of this interview, we listed Jason Costa as "Jason de Costa." We regret the error. 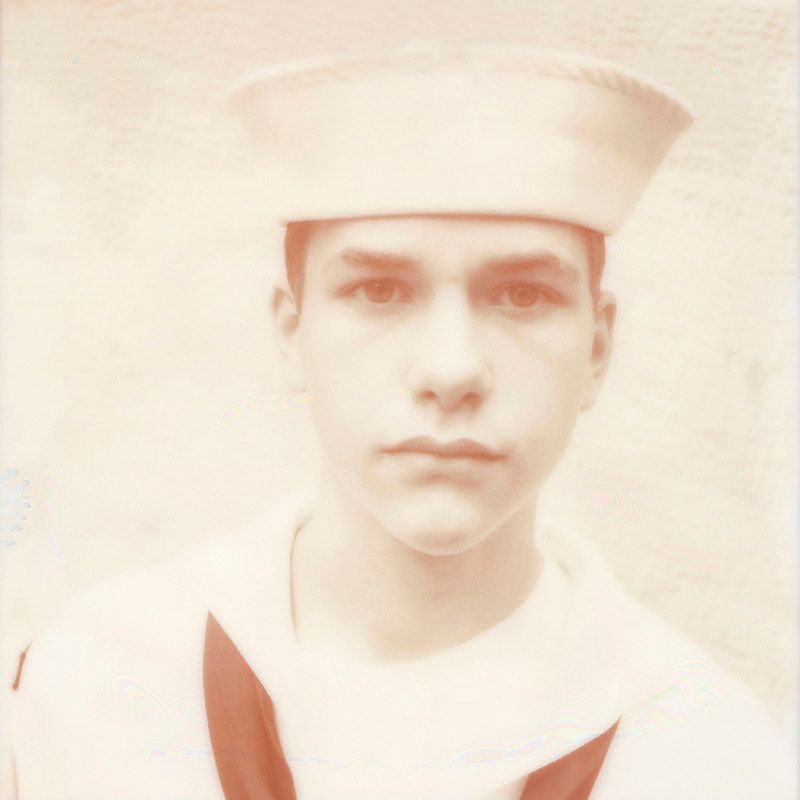