The most interesting narrative of Fleetwood Mac -- one every music writer hopes to chronicle and every fan dreams about when reading between the lines of "Rumours" -- involves romance and adultery. The stories behind lyrics of heartbreak and betrayal and love and acceptance are well-documented, but in recent interviews with Lindsey Buckingham and Christine McVie, the bandmates assert that the past is just that.

Fleetwood Mac released its best-selling album "Rumours" nearly 40 years ago; Christine McVie left the band 16 years ago. Now, the five members have reunited for an album and an international tour, "On With The Show."

"It’s been the most profound experience of my entire life," Christine McVie said of returning to the group in an interview with HuffPost Entertainment. "The chemistry between the band is stronger than it ever was." In March of this year, Mick Fleetwood and John McVie joined Buckingham and Christine McVie at Studio D in the Village Recorder in Los Angeles, where they made 1979's "Tusk." (Nicks was unable to be there due to prior scheduling conflicts, Buckingham and McVie said.) They laid the groundwork for eight tracks, mostly written by Christine McVie and began to reestablish the legacy and future of Fleetwood Mac.

"She felt a need to pare down her life," Buckingham said when asked about McVie's 1998 departure, which she attributes to a horrible fear of flying. "I think she felt a need to burn a lot of bridges. None of us ever thought she would come back. I think somehow that became something she needed to do in order to re-emerge as a creative force with that much more strength." 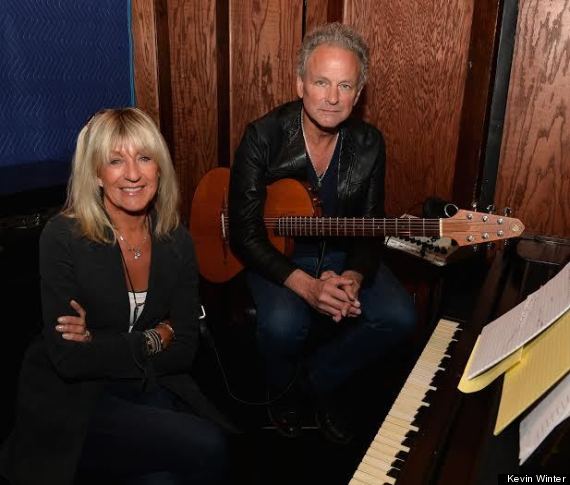 McVie said she spent most of her off time hanging out with her dogs and her Range Rover, making solo, non-commercial music in the English countryside. But last year, something snapped and she decided to go through therapeutic treatment to get over her fear. She reached out to Fleetwood, and said she was ready to get on a plane again. She wanted to meet him in Hawaii, where both he and John McVie live, so they flew from England together and performed with his small blues band in Maui. The concert made international news when Fleetwood told the audience McVie would rejoin the group. “There’s something magical about Fleetwood Mac, about Lindsey, about Stevie, about Mick and John, that compelled me to think, ‘Well is there any possible chance that they would want me to ever rejoin the band?’" she said.

McVie started trading notes with Buckingham over the phone before she came to Los Angeles to record in March. There, she and Fleetwood rented a house in Santa Monica Canyon-- "it was a magical place" -- and went on a health kick to get in shape for the tour. She, Fleetwood and Buckingham are what McVie calls the "studio junkies" of the band. "We accomplished more than I thought possible in eight weeks," Buckingham said. According to McVie, "It's all grown up."

"Because of Stevie's absence, there's been a very strong link musically between Lindsey and I, where we've actually been able to concentrate and co-write," McVie said, before assuring HuffPost Entertainment that Nicks will eventually have a large part in the album. "Some of the results of those fresh ideas were sort of unusual for me and Lindsey to co-write, anyway. We’ve done it together in the studio this time and have got some fantastic, quite profound, quite surprising emotions out of it. It knocked my socks off completely." They hope to have the record out before summer 2015.

As Fleetwood Mac prepares for the upcoming tour (rehearsals start in August), Buckingham said that the real novelty is that McVie is back in the fold. Most of the sets will cover the band's greatest hits, saving new material for another international tour the guitarist is already starting to think about.

The dirty laundry -- and there has to be something sordid left to tell -- is tucked out of sight for now, probably hidden a layer or so deep within Buckingham and McVie's new tracks. "My relationship with Stevie is one of respect," Buckingham said. "One of sort of caring for her at a distance, perhaps, is a good way to put it." Their shared history is longer than the band's, alive in old gossip columns and in lyrics. McVie spoke of her ex-husband and bassist John McVie similarly. "John and I have no baggage whatsoever," she said. "We dropped that several years ago." She spoke of his battle with cancer and how he's winning it, how they are both so pleased with his treatments. "I'm sorry to be so boring ... but they're my musical family."

Asked what her new music is about, McVie said, "What I always write about: sex and love. I try to say I love you in a million different ways. That’s what I aspire to do. That’s what I do best. I don’t sing about politics or anything like that. I sing about love. That’s what I know about." 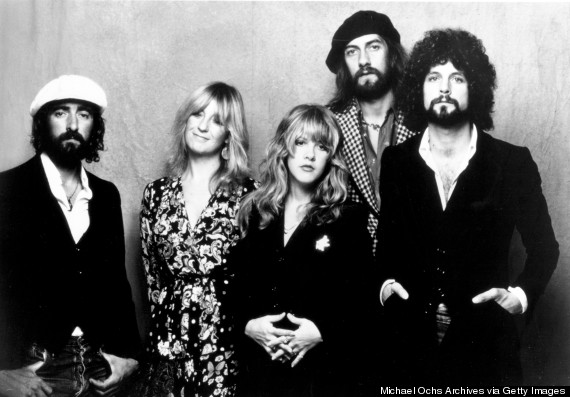 After working in the studio with Fleetwood Mac, Buckingham spent a day in downtown Los Angeles, hanging out with Empire of the Sun, an electronic-indie duo from Australia, known for its neon, feather-coated costumes and warrior-like face paint. They asked Buckingham to write with them, just out of the blue. "I went down there and it was two guys and these other people part of their support system," Buckingham said. "It just blew my mind, the level of trust and community in the room. I said to them, 'Geez, why couldn’t I have been in this band?'"

Watching another group come together in a studio with such ease was a contrast to the bizarre and powerful way in which Fleetwood Mac made its most popular music. "We always went to our separate corners and did what we did," he said. "I guess you could say dysfunction of a sort has been the norm."