It seems cocaine has been behind a rash of flesh-eating disease outbreaks in Los Angeles and New York.

Cocaine cut with the veterinary drug, levamisole has apparently been linked to a number of cases of rotting flesh, according to Good Morning America. While the cases reported thus far have been on the coasts, officials have warned that it could very well be a nationwide problem.

In a case study in the Journal of the American Academy of Dermatology, Craft describes six cocaine users recently plagued by the dark purple patches of dying flesh. And while they happened to hail from the country's coastlines, the problem is national.

As if cocaine wasn't dangerous enough.

According to The Week, the DEA recently reported that 82 percent of the cocaine it seizes is cut with the veterinary drug. While cheaper cocaine can be close to 90 percent filler, it's often notably filled with harmless baking soda. Exactly why the veterinary drug has begun to be popular remains a subject of debate.

But drug cartels in South America increasingly prefer to use levamisole, a veterinary antibiotic normally used to deworm cattle, sheep, and pigs. It's not clear why dealers don't just use baking soda all the time, although studies in rats suggest that levamisole might tingle brain receptors in the same way cocaine does. If that's the case, adding it to the supply might be a way to enhance the effects of cocaine on the cheap.

Apparently not everyone has the same reaction to the drug however. According to GMA, the effects do disappear from the affected once the drug leaves the body, leaving little but scaring.

An example of the potential effects of levamisole-laced cocaine (from the AP): 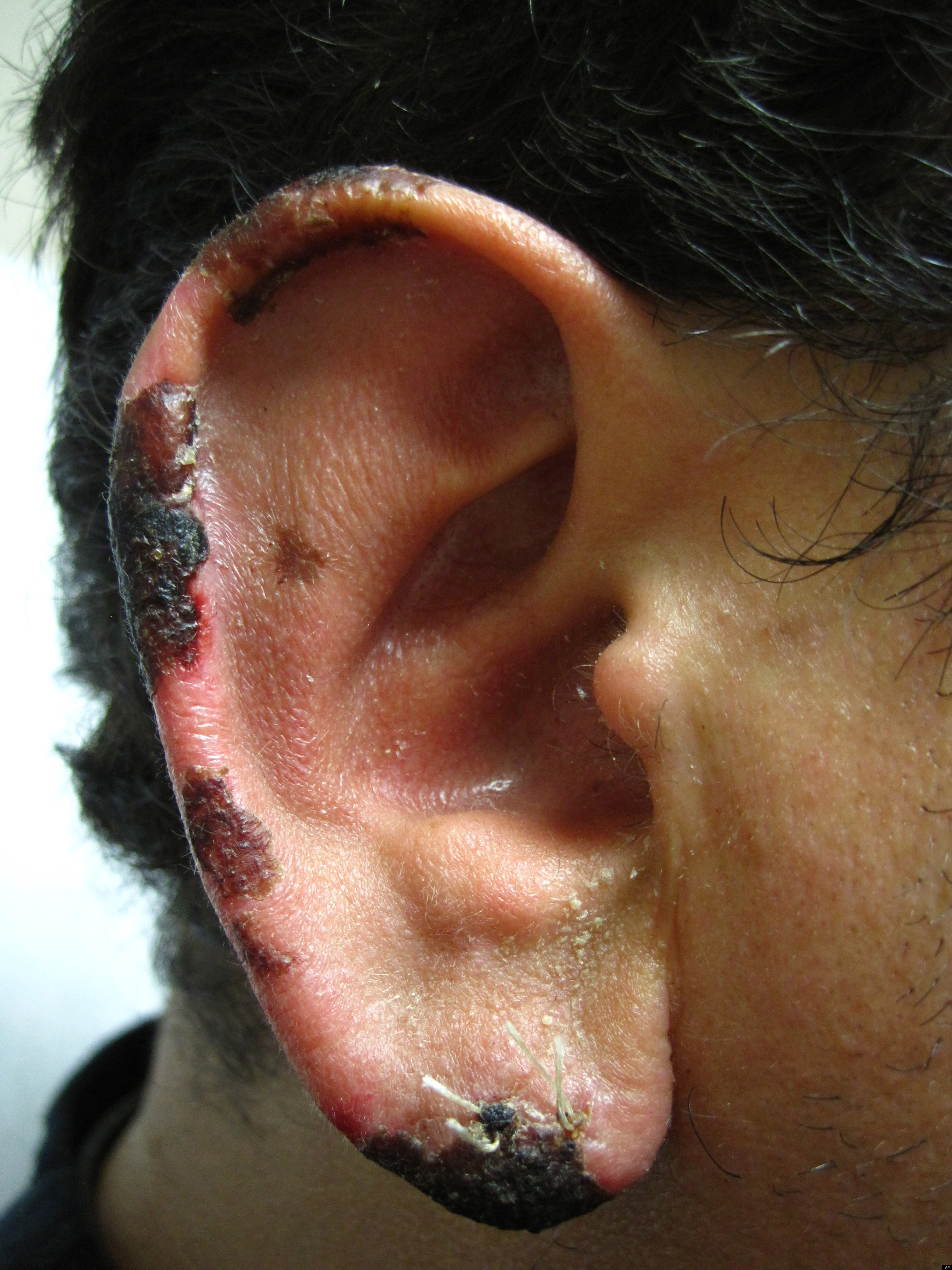