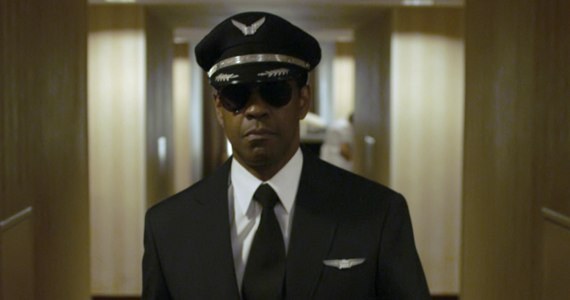 Today, assuming your local movie theater has electrical power, you have the opportunity to see a movie called Flight. Denzel Washington (Virtuosity) stars as a commercial airline pilot who, against all odds, successfully crash-lands a doomed aircraft. Unfortunately, he also likes booze. Should you see Flight? Is Flight secretly a proponent for cocaine use? As always, we answer every question that you could possibly have about Flight.

A: No. Washington plays Whip Whitaker, a commercial airline pilot who has a serious substance-abuse problem.

Q: Did Whip get his name owing to a fondness for the nitrous oxide found in many canned dairy products?

A: Though that might have made for a much more interesting movie, Whip is addicted to alcohol, not whippets.

Q: Is Flight, as is, not an interesting movie?

A: The first 30 minutes of Flight are about as interesting as a movie can possibly be, if you like watching horrifying air disasters. After that, Flight morphs into a pretty standard "I am addicted to booze"-type film.

Q: How intense is the crash scene?

A: Oh, good lord, it's absolutely terrifying. Even worse, unrelated to the crash, the plane takes off during a terrible storm in a scene that might be even more frightening than the crash itself.

A: They are equally terrifying. Then again, keep in mind that I find the slightest bit of turbulence terrifying, so my threshold for this sort of thing goes from zero to infinity really quickly.

Q: Had Whip been drinking the night before this flight?

A: Unfortunately, Whip had been drinking the night before this flight. And the morning of the flight. And, actually, during the flight. You see, Whip really likes drinking alcohol.

Q: So Whip is drunk while he's piloting the plane?

A: Well, technically. But he snorted some cocaine right before takeoff to even things out.

Q: What did you learn about cocaine from Flight?

A: I have never done cocaine, but, based on this movie alone, I hope that every pilot on every future flight I take happens to be on cocaine.

Q: Is Flight the most pro-cocaine movie that you've ever seen?

A: Yes. Every time Whip snorts cocaine, he pulls off miraculous feats that no normal human would ever possibly be able to do. I mean, he flies a plane upside-down, for crying out loud! If I had not been programmed throughout my entire life to believe that cocaine is a dangerous and addictive drug, I would want some.

Q: I've seen this upside-down plane in the trailers. Why is the plane upside-down?

A: Whip purposely inverts the plane in an effort to stop the plane's freefall, which works. Again, I am convinced that only someone using cocaine would have the balls to try something like this. (Please do not try cocaine.)

Q: After landing the plane, is Whip a hero?

A: Well, sort of. The landing was miraculous, but it still resulted in six fatalities, and things change drastically for Whip once the results of Whip's pesky toxicology report is released.

Q: Is the accident Whip's fault?

A: No. And Flight makes that pretty clear from the start. In fact, the co-pilot is flying the aircraft when the problems start.

Q: What is Whip doing when the aircraft starts having problems?

A: Well, he's passed out. But that's not why the plane suffered a mechanical failure.

Q: If it's not Whip's fault and he actually saved people's lives, why is he in trouble?

A: Because (A) it's illegal to be drinking while flying an aircraft and (B) the manufacturer of the aircraft will want to push the blame on someone else. So Whip teams with his union rep, Charlie Anderson (Bruce Greenwood), and his lawyer, Hugh Lang (Don Cheadle), to fight these charges.

Q: Charlie Anderson? Wasn't that the name of Marsha's boyfriend in The Brady Bunch Movie?

A: It is never made clear whether or not Bruce Greenwood's version of Charlie Anderson is a continuation of the character from The Brady Bunch Movie.

Q: What's the most ham-handed aspect of Flight?

A: Near the beginning of the film, we meet a junkie named Nicole (Kelly Reilly). After overdosing on heroin -- at precisely the moment Whip's flaming, upside-down plane passes over her apartment -- she meets Whip, post-crash, when they both sneak cigarettes in the same hospital stairwell. After that, the two start spending a lot of time together -- because they both like addictive drugs, I assume.

Q: At any point do we also hear "Under the Bridge" by Red Hot Chili Peppers?

A: Cast Away, which also involved a plane crash.

Q: Should I see Flight?

Q: Will I like what happens after the first 30 minutes?

A: Denzel Washington is solid, as always. But, after the first 30 minutes, Flight just won't stop hitting you over the head with the fact that Whip is a drunk -- to the point that the movie won't let you see Whip without possession of some sort of alcoholic beverage.

Q: What's the most unnecessarily dramatic scene in Flight?

A: At one point, it appears that Whip is going to pass up the chance to drink a bottle of vodka, leaving it on the counter. The camera stays focused on that bottle for what seems like 30 seconds, music swelling, until ... well, I'll let you guess what happens next.

Q: If I love John Goodman, should I see Flight?

A: If you are going to see this movie only because you like John Goodman, boy, are you going to be disappointed. After a brief scene near the beginning of the film, it's almost as if Goodman said, "Well, I have to go film Argo now. I'll be back in time for the dramatic ending."

Q: When Paramount asked you for a pull-quote to be used during publicity for Flight, how did you respond?

A: "I will never fly again" -- Mike Ryan, The Huffington Post