Since 2016, First Trinity Missionary Baptist Church in Flint has been distributing water every week to local residents to combat the town’s water crisis.

In the beginning, the church handed out water bottles five days a week, First Trinity spokesperson Catrina Tillman told MLive. As donations dwindled over the years, they’ve had to reduce that to just three days a week. On those days, cars start lining up outside the church about two hours early, she said.

In response to the shortage, First Trinity has gotten help from an unusual source: 20-year-old rapper Jaden Smith.

On Saturday he unveiled the Water Box, a portable filtration system intended to supplement the church’s water bottle distribution.

The Water Box filters out lead and other contaminants and can produce up to 10 gallons of clean drinking water per minute, Detroit ABC affiliate WXYZ reports. Flint residents will be able to collect the water in their own containers during scheduled distribution times.

The Water Box was modeled after the filtration system the Smith family’s water company, Just Water, uses to package water in Glens Falls, New York, on a much larger scale.

The Water Box has been tested at First Trinity over the past few weeks. Church deacons have tested its quality using handheld devices, and samples have also been sent to an outside lab.

According to a website about the project, the water will be tested for lead and dissolved solids every time the system is used. It will also be tested for bacteria and other aspects by a third-party laboratory every one to two weeks. Flint residents can view the results of these tests on the website.

Flint, one of Michigan’s poorest cities, has had trouble with clean drinking water since 2014, when officials decided to switch the city’s main water source without properly treating it to reduce corrosion. The water corroded the city’s water lines, causing lead to leak into the water supply. Exposure to lead-contaminated water can cause irreversible, long-term health impacts. The crisis has disproportionately affected black communities: Flint is almost 57 percent black.

State officials announced it would stop providing residents with free bottles last year, claiming that lead levels in Flint’s water had not exceeded federal limits for two years. Flint officials criticized the decision, since the city had not yet replaced thousands of affected water lines.

The amount of lead found in Flint’s water is now less than half the current federal action level, according to independent tests released in February. Still, the crisis has eroded many residents’ trust in the government. Some local politicians insist residents won’t be confident in the water supply until all the city’s lead lines are replaced.

Just Water, which has been donating water bottles to Flint’s public schools, worked with the church and other nonprofit and community organizations to design the Water Box.

Smith said that if residents have a positive response to the system, the project could eventually include devices that people can use at home.

Tillman said the water filtration system is helping to further the church’s mission in Flint.

“No longer do we have to rely on [an] outside source to get the bare essentials of life such as clean water!” she wrote in a Facebook post on Monday. 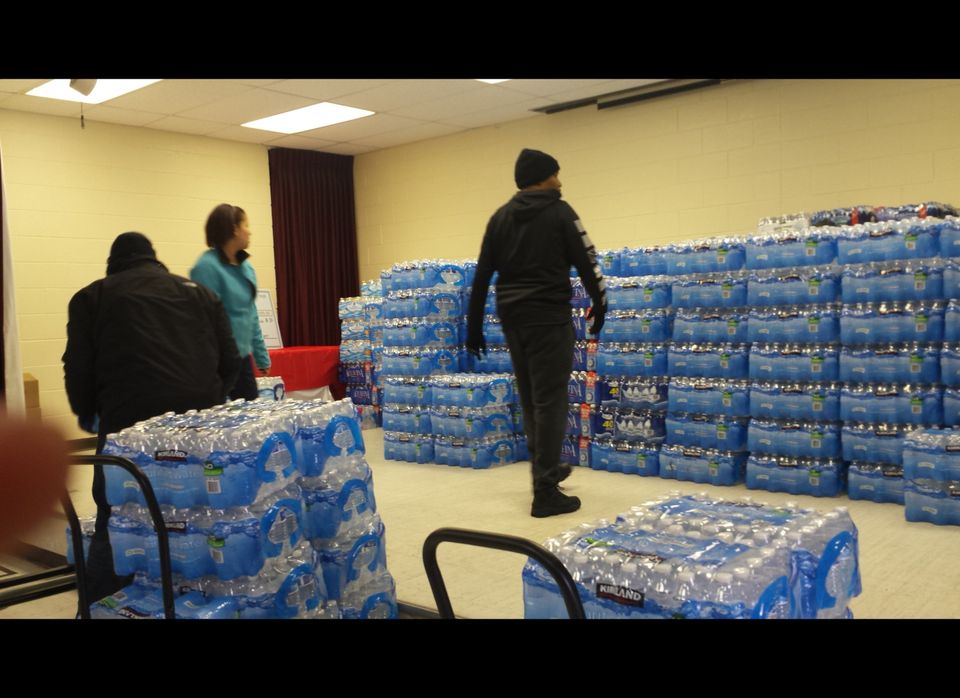