This is the latest post in our series, TwitterPowerhouses, which focuses on the contributions of people who've helped to expand, influence, and redefine how we view social networking.

2009 was indeed the Year of Twitter. According to the Oxford English Dictionary, it has generated words like Twitterati, Twitterverse, and uber popular Tweetup, which refers to meetings organized through the site. It placed second on the list of most searched topics on Bing. And most notably, the Global Language Monitor, which tracks trends in language, called Twitter the top English word of 2009.

The micro-blogging phenomenon rapidly matured into a global news service. From President Obama's Inauguration, to the protests in Iran, to Michael Jackson's untimely death, to updates on H1N1, Twitter has been a very effective way to give real time updates on issues of the day. Blogger and marketing visionary, Blair Semenoff, aka: Flipbooks on Twitter, has come to epitomize the website's dramatic shift towards great content and information.

Semenoff's understanding of social media and its applications for entrepreneurs and the growth of their businesses are remarkable. Beyond his knowledge, it is his ability to communicate it effectively that makes him stand apart while his humor in delivery keeps you coming back for more. Despite the limited words available within Twitter's micro-blogging platform, his high-octane style always manages to grab your attention. This clearly demonstrates his understanding of how this new and powerful social media tool should be used to engage and empower. If you want to unleash the power of Twitter for your business, Flipbooks is someone you should pay close attention to.

Authors' note: We hyper linked the words Tweet, ReTweet and Hashtags, which are used repeatedly in the interview below, to help give people unfamiliar with Twitter an understanding of how it operates. Enjoy! 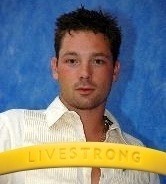 You're known as a "Viral Marketing Scientist." Can you tell us the story behind that title and define it for us?

Believe it or not, I studied Twitter for over four months prior to sending my first Tweet. This gave me time to understand how Tweets are broken down into keywords, stock pile content to bring to the community, find my niche and create a list of the first 1000 business prospects and more importantly "movers & shakers" of Twitter to follow first. I feel this is why the majority of people "fail" and quite using Twitter. They hop in and expect everyone to care about what they have to say. Guess what? That's not the case and it takes time to develop numerous friendships as well as getting your niche noticed. Sure ReTweets give you assurance that someone has read your Tweets but how many people read your Tweets is more important. People need to focus on their personal brand (bio & avatar picture), quality of content, as well as the copy writing of the Tweets while not destroying it with the wrong and/or too many hashtags.

And I am probably one of the very few people who documents and/or takes mental notes on the flow of keywords. What are keywords? Keywords are the searchable words/hashtags used in 140 characters. The more keywords you use the more visible this makes you on Twitter. This is why using and contributing to hashtag communities increases your visibility and how many followers you attract. Prior to Tweeting I used a program called Monitter to see the flow rate of keywords as well as allows you to see conversations in a certain mile radius. In fact, monitoring people/conversations nearest to your business is what most businesses need to be doing! Now I use Seesmic to give my brand maximum exposure by drawing the reader's eyes to 2 or more of my Tweets without spamming the keyword/hashtag.

I can sum it up with two words: Diversification & Consistency. My niche is providing quality content 24/7/365. And due to the amount of information I sort through daily, I rarely use/read any of the content I Tweet but I know what a quality post should look like. If I wouldn't read it, I don't Tweet it. And consistency through quality! Where my sources of information come from and the amount of Tweets I send per day are key. A good Tweet is just as valuable the day it was wrote as months from now. I am also deeply emerged with the most active Tweeters and know what the "real" trending Tweets are, un-like the commercial way of thinking of trending topics as the ones chosen by the Twitter trending tracking systems.

You are the 29th person in the history of Twitter to achieve 100,000 ReTweets. And you did in just over 200 days. What's the secret of your success?

First make friends, and the best way to do that is by ReTweeting. Second is delivering value in each of my Tweets. Now value doesn't only come in the form of content on Twitter but actually being "social" and taking the time acknowledge as many people in your Twitter stream as possible. Most people don't see this from my Tweets since it was achieved through sending over six thousand direct messages. ReTweeting if truly the best way to show someone you're thinking about them. Saying "Thank You" is the essential element of Twitter.

What advice would you give to someone who is new to Twitter and overwhelmed, confused, or unsure how to identify quality Twitter Users? How do you wade through millions and millions of Twitter users and connect Quality Twitter Followers?

Your brand and Tweets are only as strong as those who you follow and become friends with. I feel it's important to aspire to have more than thousand people in your Twitter stream because it broadens your audience as well as your perspective. Great directories like Twellow and Twitter Grader can connect you to amazing people and good sources of information. Now you're probably asking how do you keep track of 1000+ people? This is actually simple if you begin with using an application such as Seesmic or TweetDeck, and immediately creating and maintaining user lists and/or TwitterLists.


For those who may not know, what does your Twitter Handle (name) mean?

I use Flipbooks as my name and this decision was chosen for SEO ranking for my marketing company TruAction Flix. We actually had first page Google rank within 6 days of being on Twitter. It was also chosen based on psychology. The word flipbooks, which has been around for 142 years, needed to be repeatedly seen so it would be re-integrated into everyday conversation. With over 20,000 Tweets happening per minute, anything people can do to differentiate themselves is a key element to getting noticed on Twitter.


What's next for you in 2010? Word has it that you're going to be teaching a class on Twitter, and that it involves Fortune 500 Companies.

Yes this is true. To be honest, top-ranking companies should be ashamed of their presence on Twitter. It is the most powerful marketing tool ever created because it brings awareness to so many projects in the blink of an eye. So not only are they missing out on a priceless marketing opportunity, but they are actually not complementing how consumers see their brand on the web at large. First, what are you saying to your consumers when they're the ones who support you, but you don't have an online presence? Second, it seems the norm is to place one or two interns as their company's online community manager instead of creating a team of representatives to bring value to the company's social media message. It seems as though companies are too worried about what they say, instead of focusing on the positive information and value they can bring to their presence Twitter. The primary focus of an online community manager is to increase the public visibility of the company and make first contact with potential business prospects. It's critical to respond to online discussions with skill, consistency and aptitude. In many ways, a community manager is the evangelist for the company's products and a voice of the customer in internal discussions. The role is hard to understand from the outside but it's impossible to miss once a start-up in execution mode.


How would you summarize Flipbooks in 140 characters or less?

Flipbooks are the most emotionally engaging promotional product ever made & provides endless location for listing Social Media accounts. ~B

To read more about Blair Semenoff's innovative marketing strategies, log on to his site TruAction Flix. You can also connect with him through his Twitter feed.