Just months after a Palm Beach high school's new football uniforms were nationally derided as the "ugliest" ever, rapper Flo Rida has tapped the guy behind them to commemorate a special anniversary for his alma mater.

Delray Beach-based uniform designer Ryan Boylston of Futuristic Woo is teaming up with the hip-hop chart-topper to create special edition uniforms for the 50th anniversary of Miami Carol City High, which opened in 1963.

Though Boylston's "kryptonite-dipped" designs for Atlantic High School prompted a flurry of pointed criticism from across the Internet, Flo Rida considered Boylston's tastes on point for the Chiefs' 2013 fall season.

“We’re not just out to shock or be cool. Too many schools are using old logos or even logos from college and pro teams," said Boylston, whose controversial design for Carol City includes feathered helmets and a chief's face on the front of the team's pants.

Flo Rida, who graduated Carol City as Tramar Dillard in 1998, is donating the uniforms. Take a look: 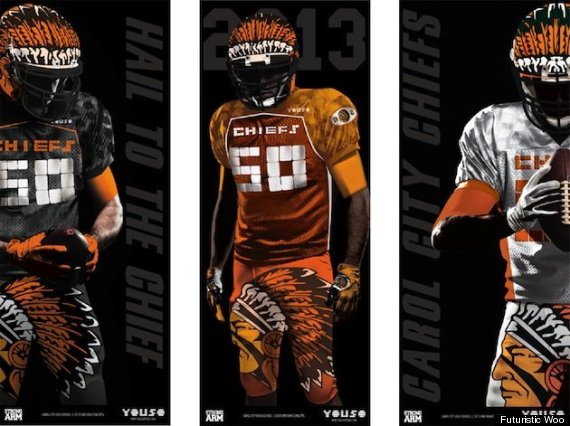