As Memorial Day turned to dusk, more than 42,000 people gathered in Honolulu to send 6,000 floating, candlelit lanterns out into the ocean. Each one contained a handwritten note, prayer or photo and was dedicated to a loved one who has passed away. 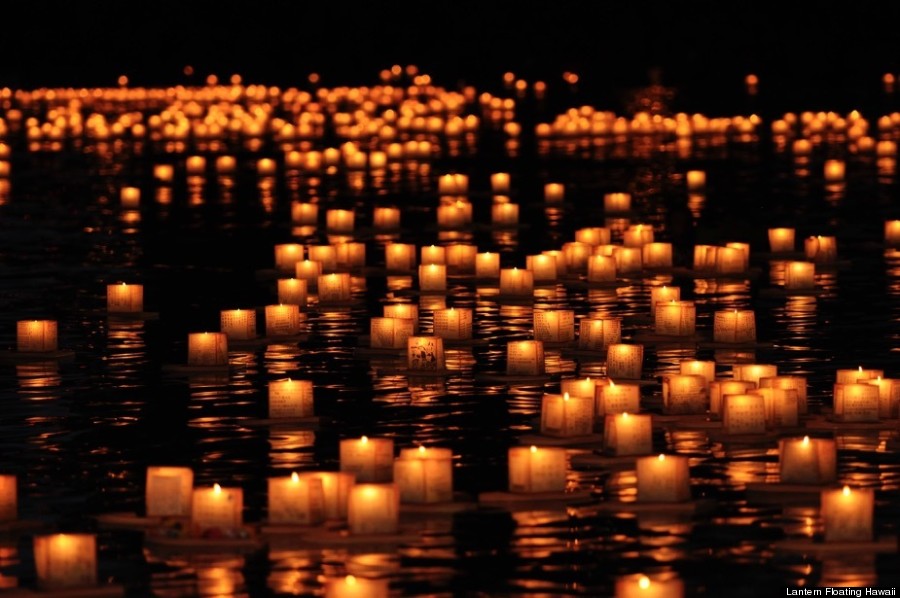 Lantern Floating Hawaii, an annual Memorial Day event hosted by the Shinyo-en Buddhist Order of Hawaii, has become one of the largest memorial observances in the country, according to event organizers.

Lanterns honor loved ones who have passed away, as well as those who have died while serving in the military.

The lantern-floating ceremony is traditionally a Japanese Buddhist ritual but in 1999, Her Holiness Shinso Ito held Hawaii's first non-denominational ceremony on Memorial Day to make it more relatable to Americans.

"[It] doesn't really matter what religion you are," Kevin Takayama, who was sending off a lantern during the ceremony, told local new station KHON2. "You come and just be grateful for the lives that were lived."

When the ceremony is over, volunteers on surfboards collect the lanterns and notes and take them back to the Shinnyo-en Temple, where they are prayed over. The lanterns are then cleaned and stored for the next year's ceremony.

According to Shinso Ito, the lantern's light symbolizes wisdom, while water is a symbol of compassion. "A burning candle," she said during the ceremony, "when its light is shared with others, illuminates the world more brilliantly."

Below, watch the floating lanterns transform the Pacific shore into a sea filled with memories. 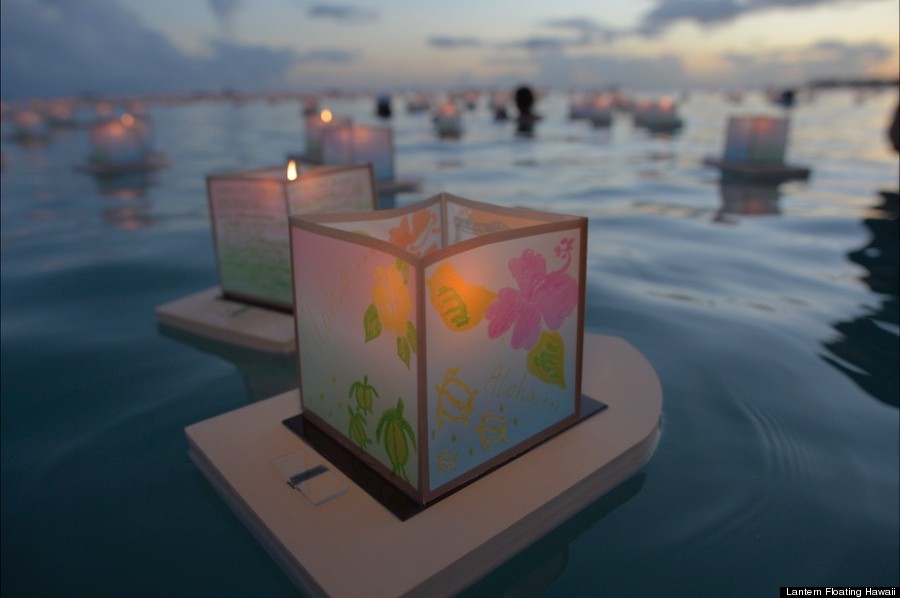 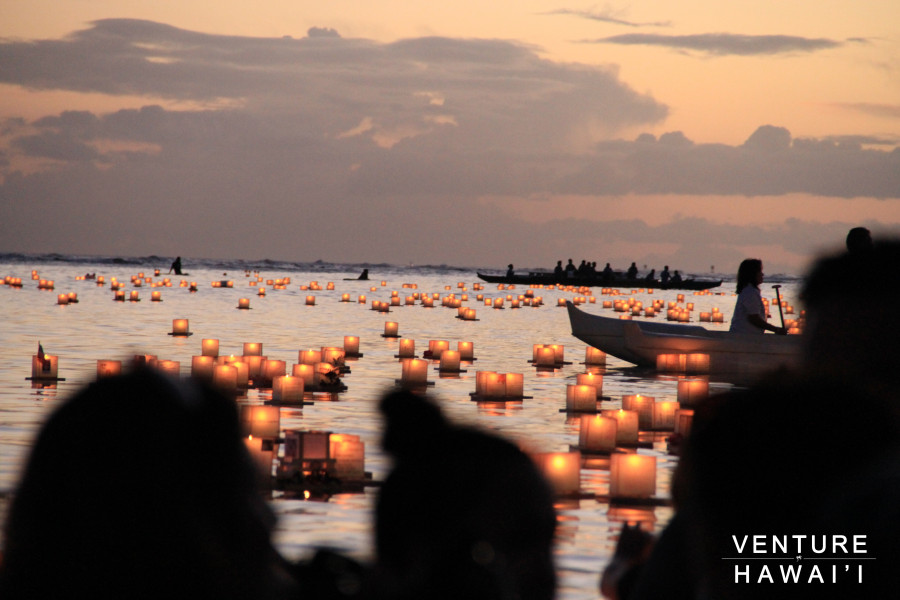 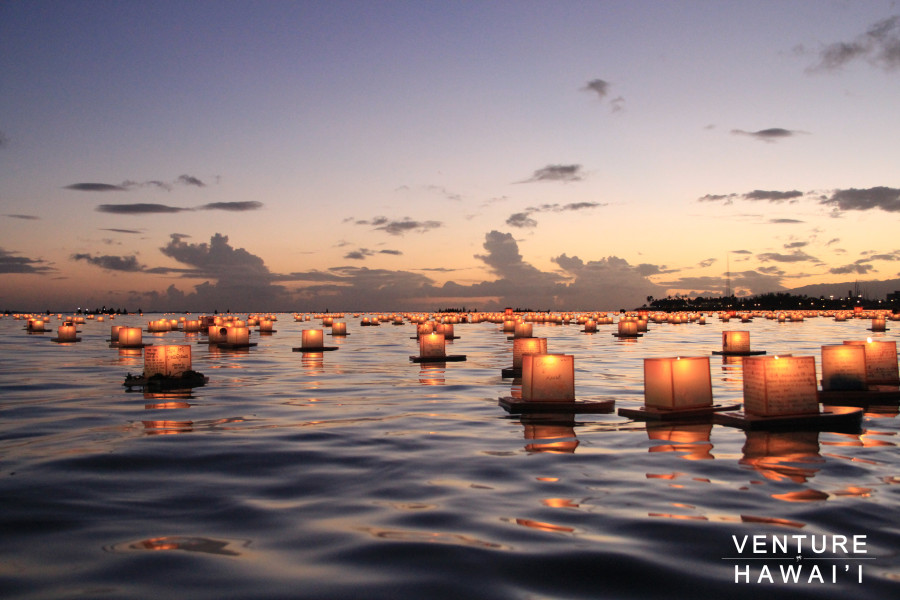 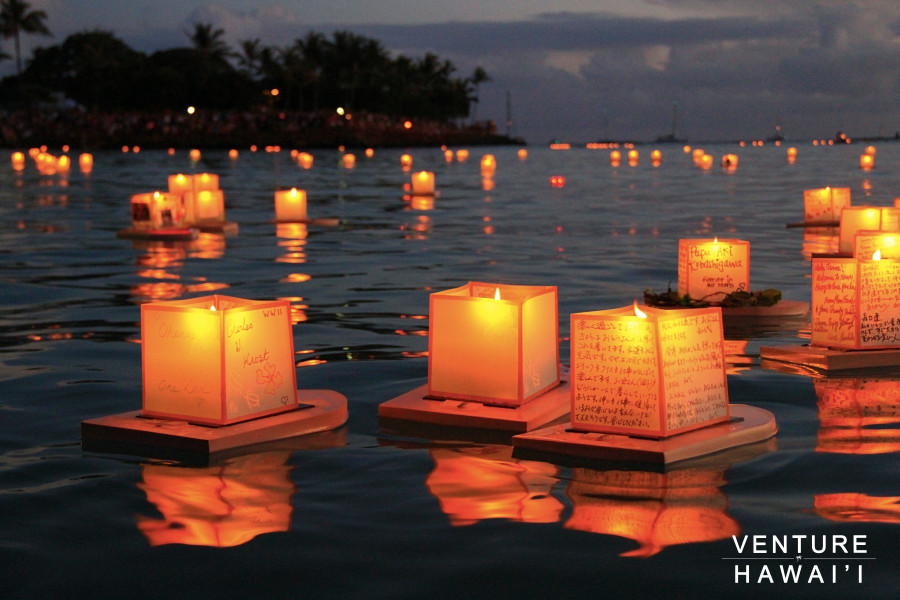 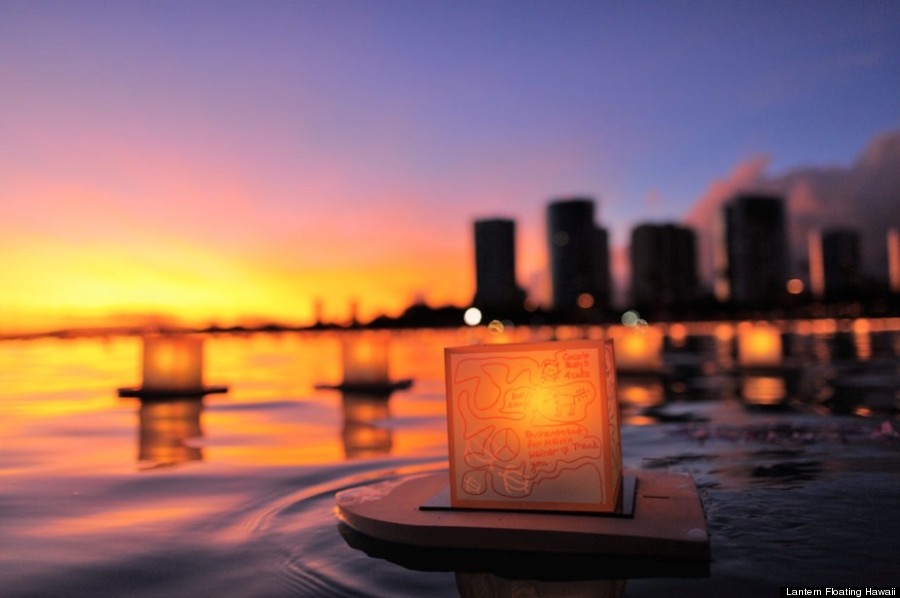 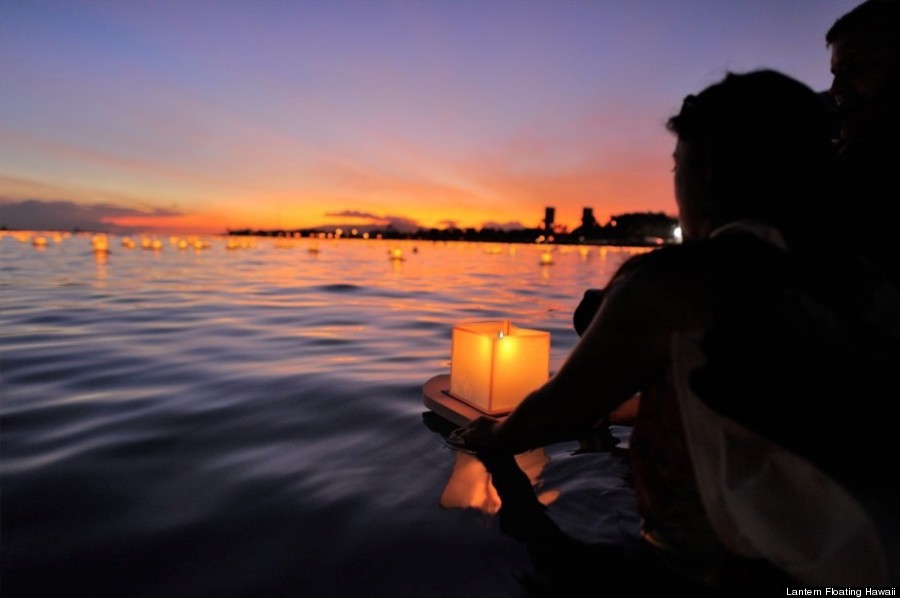 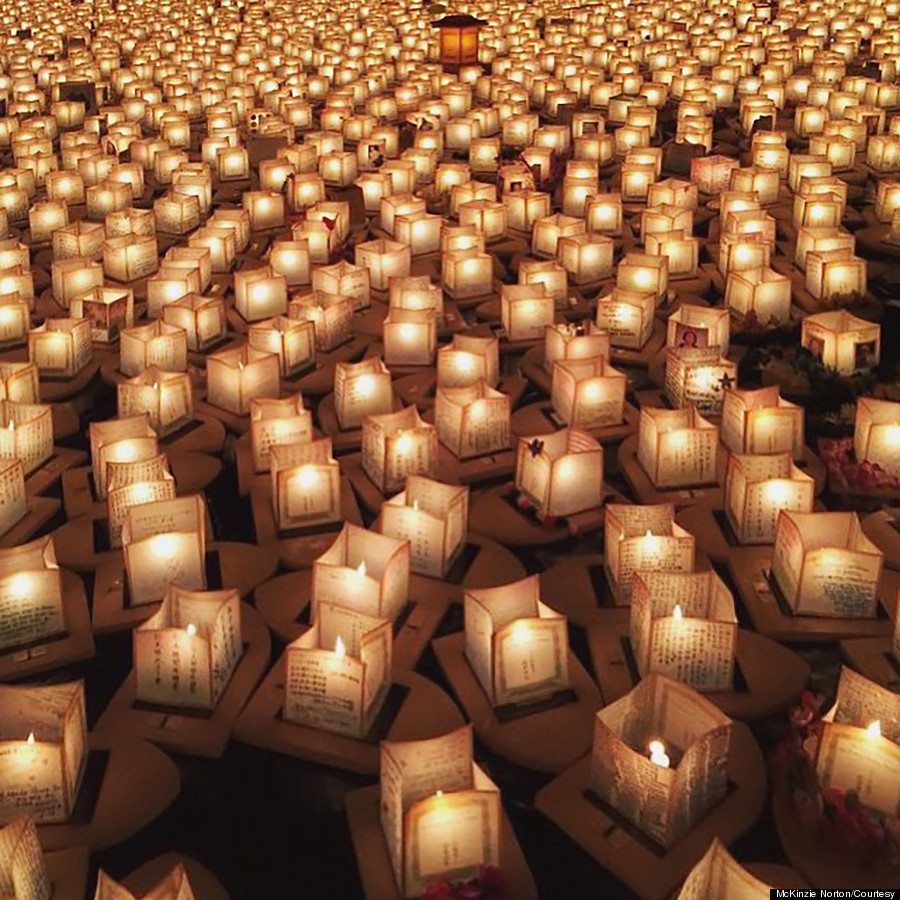 A photo posted by Dan McConnell (@djkmcconnell) on 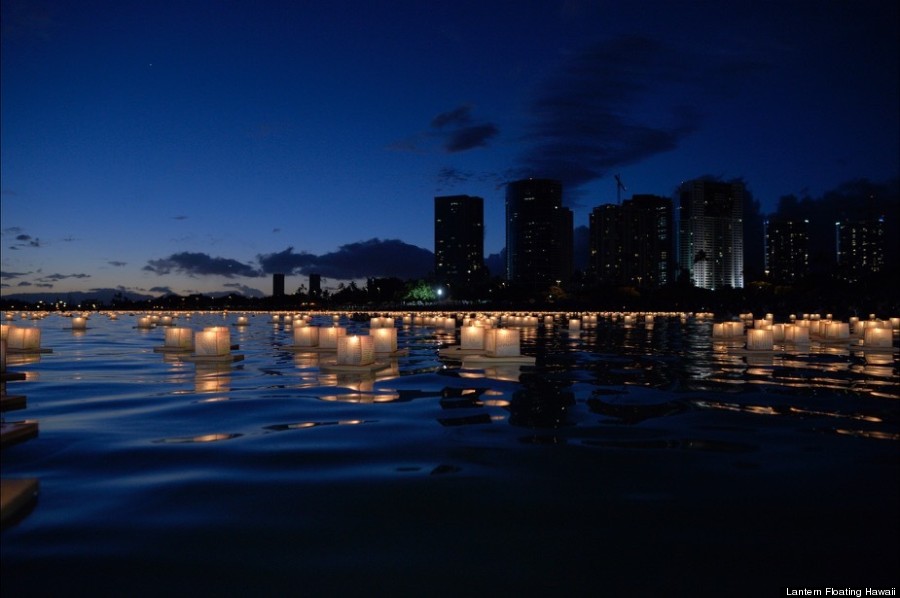 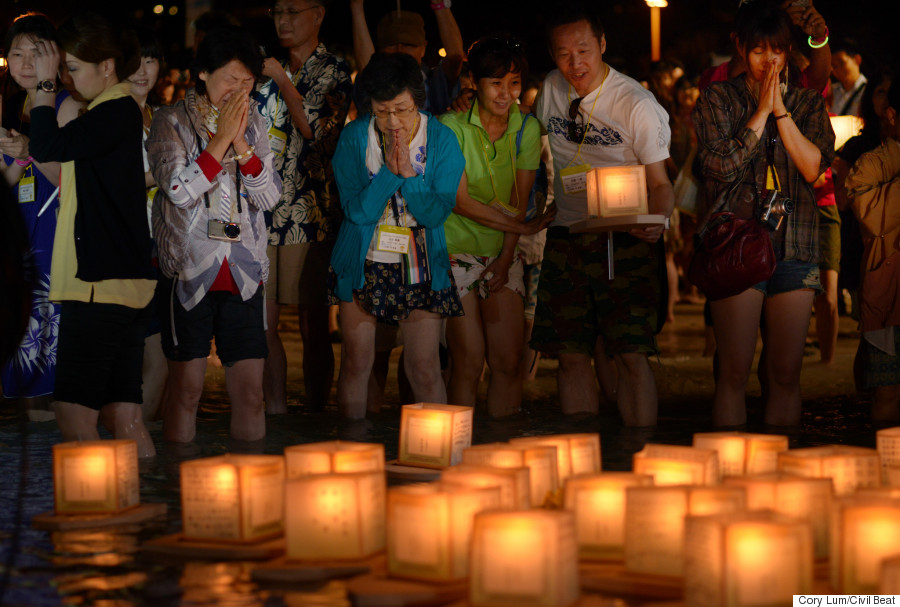 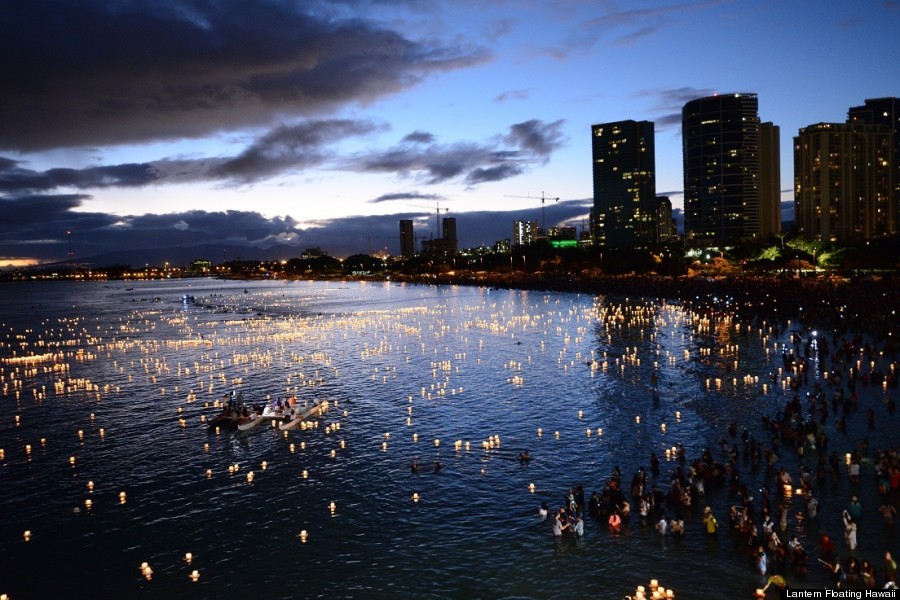 WikiMedia:
"You will never do anything in this world without courage. It is the greatest quality of the mind next to honor." -- Aristotle
WikiMedia:
"Memorial Day this year is especially important as we are reminded almost daily of the great sacrifices that the men and women of the armed services make to defend our way of life." -- Robin Hayes
WikiMedia:
"A man's country is not a certain area of land, of mountains, rivers and woods, it is a principle and patriotism is loyalty to that principle." -- George William Curtis
WikiMedia:
"True patriotism isn't cheap. It's about taking on a fair share of the burden of keeping America going." -- Robert Reich
WikiMedia:
"Guard against the impostures of pretended patriotism." - George Washington
Vietnam Veterans Memorial
WikiMedia:
"If we love our country, we should also love our countrymen." -- Ronald Reagan
Getty Images
"True patriotism hates injustice in its own land more than anywhere else." -- Clarence Darrow
WikiMedia:
"The highest patriotism is not a blind acceptance of official policy, but a love of one's country deep enough to call her to a higher plain." -- George McGovern
WikiMedia:
The greatest way to live with honor in this world is to be what we pretend to be." -- Socrates