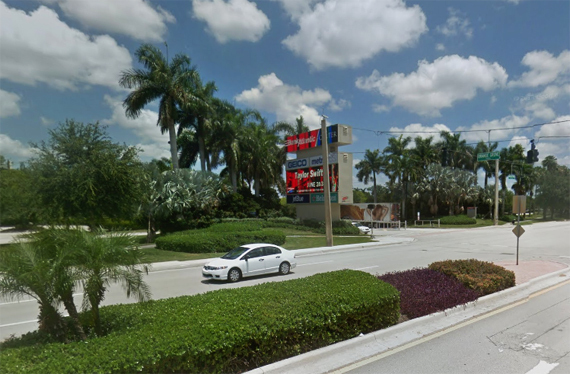 A Florida airline pilot who was outside with family in Sunrise exiting a Bruce Springsteen concert reported watching a "large, pulsating, bright white light" that changed shape and color and conducted maneuvers in the sky before moving away at "tremendous speed," according to May 3, 2014, testimony in Case 55981 from the Mutual UFO Network (MUFON) witness reporting database.

The witness identified himself as a current airline pilot with 34 years of experience based in Fort Lauderdale who is familiar with air traffic for the local area. Springsteen was in concert April 29, 2014, at the BB&C Center in Sunrise. The witness was exiting the concert about 11:25 p.m. on April 29.

"I know where airplanes should be and I know where they should not be if they have no intention of landing in KFLL on Runway 10L," the witness stated. "This object I saw was obviously not landing on 10L and should not have been in the final approach corridor."

"I approximate the object/orb/light to have been about 1500-2000 feet between the final approach fix NOVAE and PIONN. These GPS fixes are noted on the ILS 10L Approach Plate for KFLL. That would place it approximately 8-10 miles due west of KFLL on the 270 deg radial."

The witness noticed other people in the crowd looking at the object.

"As we were coming out the front doors with thousands of fans, I noticed a group of people pointing and staring in the southern sky. I looked up to see what they were watching and saw the following: An extremely bright, pulsating, round white light appeared to be slowly moving north toward the arena. I immediately assumed in was an aircraft on base leg getting ready to make a right turn to land at KFLL. The landing light, or what I thought was a landing light, was extremely bright. Thinking back it really was too bright to be an aircraft but I figured it could be."

The object then began to pulsate and seemed to change shape.

"It started pulsating from bright white to pulsating blue to red to back to blue, etc. It slowed and I thought it had begun a turn to the east to set up for landing but it appeared to stop in mid-air. The bright light then changed to a star pattern-like design, but the best I can describe it is appeared to be like a bright blue asterisk just like this *. At least three, maybe four but I believe three crossed lines of bright blue crossed lines, steady, not moving, stationary."

The witness tried to dismiss the light as a known object.

"Before the asterisk design appeared, I kept trying to dismiss this event as first, a jet aircraft inbound to KFLL from the south. But no noise could be heard and the landing lights were too bright for a jet. Then when it appeared to stop in mid-air I figured it to be a helicopter. But still no noise. Then when the star-asterisk (*) pattern appeared, I assumed maybe it to be a helicopter with advertising on the skids - but no written message or ad appeared, just the bright asterisk design."

The object then changed again before flying quickly away.

"Seconds later the asterisk image disappeared, but a small white orb/light stayed. It then made two or three extremely fast, zigzag flight maneuvers that I have never seen any worldly flying aircraft make. It then suddenly stopped and then shot straight up out of sight at an extreme rate of speed that I cannot explain and not have I ever seen an aircraft or helicopter do before. This whole incident only last about one minute from the time I saw other people watching something to the time it shot upwards to the stars and disappeared."

The object did not return and there were multiple witnesses to the event, including family members.

"The weather that evening was clear skies. No clouds that I can recall, Visibility was good to excellent, temperature in the low 80s. I could not make out any shape of the object. Only the bright pulsating light that changed colors and shape as described above."