The legislature’s package, approved by committees in both chambers, would devote $67 million to establish school “marshals” ― teachers and school staff trained to carry a concealed weapon.

The Florida bills also would raise the minimum age for purchasing a firearm in the state to 21 from 18, ban the sale of bump stocks that allow some semi-automatic rifles to fire as rapidly as an automatic, institute a three-day waiting period for purchasing a gun, and increase spending on school mental health resources.

....History shows that a school shooting lasts, on average, 3 minutes. It takes police & first responders approximately 5 to 8 minutes to get to site of crime. Highly trained, gun adept, teachers/coaches would solve the problem instantly, before police arrive. GREAT DETERRENT!

Scott has expressed opposition to arming teachers, but hasn’t said whether he’d approve arming other school staff or whether he supports the bills that advanced this week.

“We had coaches that ran to stand in front of their students with no gun,” county Sheriff Grady Judd said. “Why not give them a fighting chance?”

Other states may have provided inspiration for Trump’s suggestion. Texas already has its own marshal program, and allows school districts to choose whether to arm teachers.

A handful of other states, including South Dakota, Wyoming, Utah, Ohio and Oklahoma, have either voted similar programs into law or have lax concealed carry laws allowing teachers with permits to bring their own guns to school.

In Idaho, an individual school district launched a voluntary program training educators to use rifles owned by the district in the event of an active shooter situation. Mississippi amended a law this week to allow teachers with permits who undergo training to carry their weapons at school.

Public opinion appears split on the issue. According to a new HuffPost/YouGov poll, 45 percent of respondents who identify as white expressed at least some support for arming teachers. The figure stood at 30 percent for non-white respondents. Almost 70 percent of Republicans, and just 20 percent of Democrats, said they favored the idea. 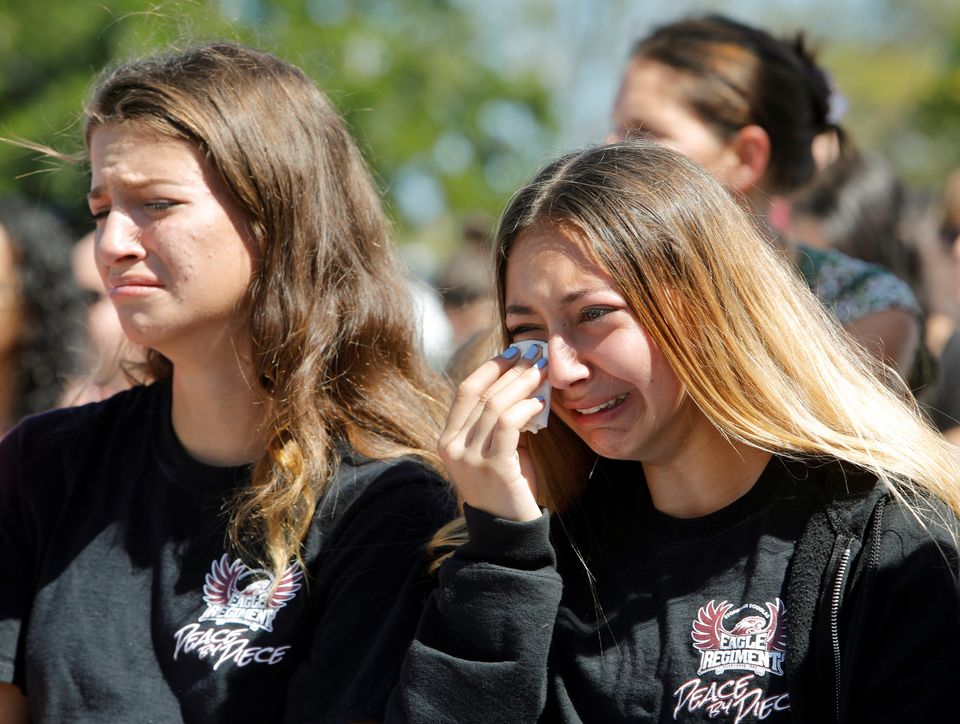