A Florida grandma in a bikini was arrested for drunk driving after she crashed into a parked car, police said.

Naples woman Patricia Ebel, 49, totaled her black BMW when she hit a Mustang parked at a red light, police told WINK on Friday. Her 10-year-old grandson was in the car with her, but was unharmed. The bikini-clad woman and the boy had just finished swimming at the pool.

The passenger in the Mustang was taken to the hospital, but did not have life-threatening injuries.

Ebel was charged with a DUI with a minor in the car and has been released on bail. 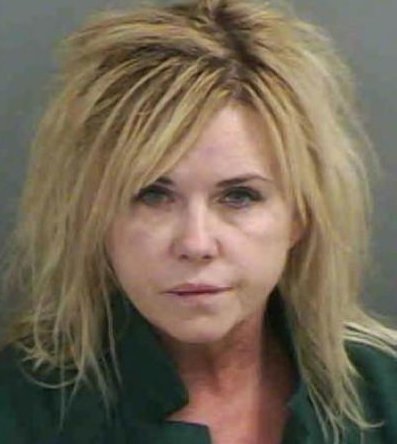