He can check that one off his bucket list.

Josh Green, a student at the University of Central Florida, was swimming in the ocean last Thursday when he felt something latch on to his leg. Our hero then did what any God-fearing American would: He gave that shark a good ol' freedom punch.

“I didn’t realize it was a shark until I punched it, thinking it was someone messing with me and then felt the face,” Green told his college newspaper, Knight News.

Green had to get 18 stitches in his foot, ankle and calf, according to the publication. A lifeguard told the student that the shark was most likely a black tip shark.

“When I hit it, my foot was sort of released and I just swam to shore as fast as possible," he said. "I limped out over to my friends and they brought me up to the lifeguard."

Green posted photos of his watery war wounds, which probably caused everyone to swoon over his bravery. He captioned the photos "sharkbait hoo haha." 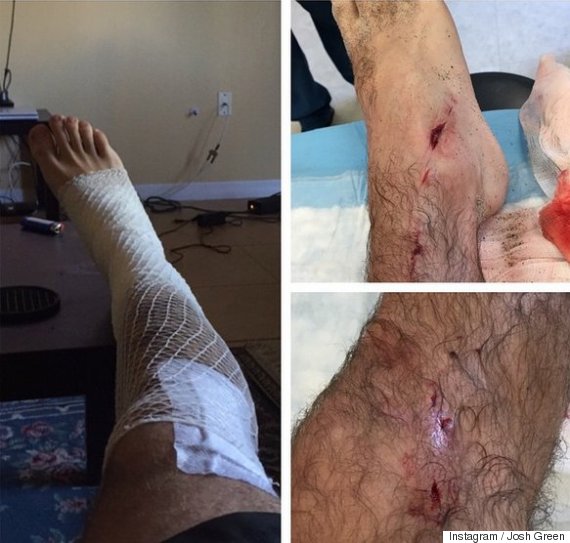