Two Florida men are facing hate-crime charges after they allegedly shot at and shouted racial slurs at two biracial teens who were walking past the men’s home.

Deputies in Lake County said that on March 17, James Reidnauer, 30, and Brent van Besien, 33, shot at a 16-year-old boy and his 12-year-old sister as they were walking home from a convenience store, according to WFTV.

The two suspects allegedly confronted the siblings and fired at least two shots ― one near the girl’s foot and one in the air ― and then shouted slurs at the kids.

The teens ran home to their mother, who called 911. Deputies said the kids were frightened but not hurt in the encounter, according to the Orlando Sentinel.

Investigators questioned Reidnauer and Van Besien, who said they thought the kids were two “meth heads” in their 20s or 30s who were trying to break into houses.

Both of the suspects denied using racial slurs, although Reidnauer admitted to firing a “warning shot.”

Officers found a casing from a handgun.

Reidnauer and Van Besien were booked into the Lake County Jail and charged with two counts of advanced hate-crime charges of aggravated assault with a firearm, according to Newsweek.

Jail records show that both men have been released. 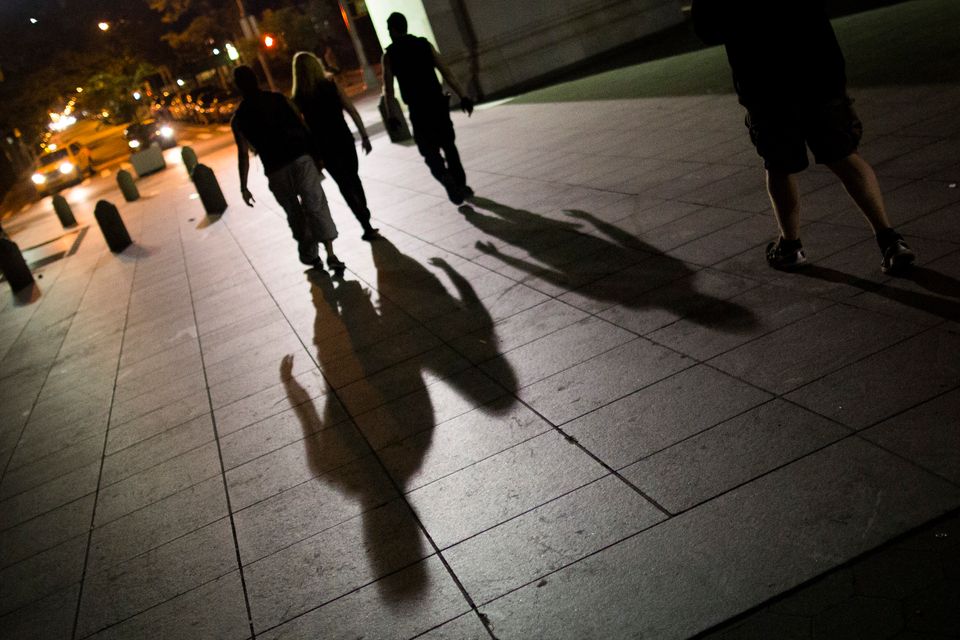 1 / 10
Members of the New York Initiative, a volunteer crime-busters group, patrol Washington Square park, Sunday, June 9, 2013, in New York. The crusaders belong to a seven-man, one-woman team whose goal is to try to defuse any budding conflicts before they turn violent. (AP Photo/John Minchillo)
AP