DAVIE, Fla. (AP) — Florida’s iconic palm trees are under attack from a fatal disease that turns them to dried crisps in months, with no chance for recovery once they become ill.

Spread by a rice-sized, plant-hopping insect, lethal bronzing has gone from a small infestation on Florida’s Gulf Coast to a nearly statewide problem in just over a decade. Tens of thousands of palm trees have died from the bacterial disease, and the pace of its spread is increasing, adding to environmental woes of a state already struggling to save its other arboreal icon, citrus trees, from two other diseases.

Florida’s official state tree — the tall, broad-leafed sabal palm — is especially susceptible and Florida nurseries, businesses and homeowners are taking a financial hit as they scrap infected palms. Some preventive measures can be taken, but once infected, uprooting the tree is the only practical solution.

“Getting this disease under control is essential because it has the potential to drastically modify our landscape,” said Brian Bahder, an entomologist who studies insect-borne plant diseases and is a leader in the state’s battle against lethal bronzing.

If nothing is done, Bahder said, “I don’t think all the palm trees will die, but the issue we see will get a lot worse before it gets better.”

Lethal bronzing, which experts say likely originated in Mexico, also is found in parts of Texas and throughout the Caribbean. Some worry it will migrate to California and Arizona, infecting date palms and damaging that fruit crop. The disease has already heavily damaged Jamaica’s coconut plantations, and Brazil is taking preventive measures to avoid invasion.

Coincidentally — but conveniently — lethal bronzing is attacking palms right outside Bahder’s office at the University of Florida’s agriculture research station near Fort Lauderdale. Some are dying, some are dead. This gives him a lab to test ideas and make presentations, so he is not removing infected trees as recommended.

“To understand the disease, I need to watch it spread and see what it is doing,” said Bahder, an assistant professor with UF.

Lethal bronzing’s first Florida appearance came near Tampa in 2006, but it’s now found from the Keys in the south to Jacksonville in the north. The disease is transmitted solely by the haplaxius crudus, a tiny winged insect sometimes called the American palm cixiid or, generically, a treehopper. These specific treehoppers (there are other kinds) inject the bacteria through their saliva when feasting on the sap from a palm’s leaves. Any palm cixiid that later feeds from the tree will pick up the infection and pass the bacteria to more palms.

Once inside a tree, the bacteria migrate to its base, multiplying until they clog the circulatory system — much like human arteries getting blocked by fat and cholesterol. The blockage makes it impossible for the tree’s cells to get sufficient nutrients and sugars, starving them. As an infected tree dies, its fronds and central spear leaf transform from green to a tell-tale shade of bronze as it succumbs in about six months. The disease doesn’t infect humans or animals.

Genetic testing shows lethal bronzing likely originated in Mexico’s Yucatan region. Bahder’s hypothesis is that 2005′s Hurricane Wilma, which tracked from the Yucatan to Florida, or a storm with a similar path carried infected treehoppers across the gulf to Tampa. Those insects infected area palms, which infected native treehoppers. The disease spread when winds blew infected bugs to new territories or they hitched rides on vehicles. Bahder said the palm cixiid is particularly attracted to white cars.

To check the spread, the state agriculture department regularly inspects palm nurseries and certifies those found free of the disease. If infected trees are discovered, they’re destroyed and the nursery’s remaining trees are quarantined for at least six weeks. Calls to about a dozen palm tree farms around the state weren’t returned — Bahder said it is a problem owners don’t like to discuss publicly, fearing it will hurt business.

Eric Muecke, Tampa’s urban forestry manager, said the city has had success containing the disease by keeping its palms healthy and surrounding its more susceptible palm varieties with trees that don’t attract the bacteria-spreading bugs.

“It’s not like it marches through a tree population — you don’t see one dead tree after another,” Muecke said. “It hops around; it’s pretty sporadic.”

Brent Gaffney, a Gainesville landscaper, said Bahder’s research is the state’s best hope for containing the disease, but only if he gets enough funding. Studies are underway on whether massive doses of antibiotics can save trees in the infection’s early stages.

After infected trees are removed, nearby palms need preventive antibiotic injections to halt the spread. Each injection costs $50 and loses effectiveness after three months: that makes injections before the disease is present too costly for most homeowners, businesses and municipal governments, Bahder said. Only high-end resorts that use mature palms to enhance ambience might consider injecting trees without a nearby infection, he said.

Lethal bronzing is sometimes called “Texas Phoenix palm decline” because it appeared in that state in the late 1970s, killing trees in the Rio Grande Valley around Brownsville. That state’s agriculture department says outbreaks today are infrequent and isolated. But Bahder said global warming is widening the threat.

“With increased human movement around the region and, especially, stronger weather patterns in regards to climate change, there are more possible routes for invasive insects,” Bahder said. 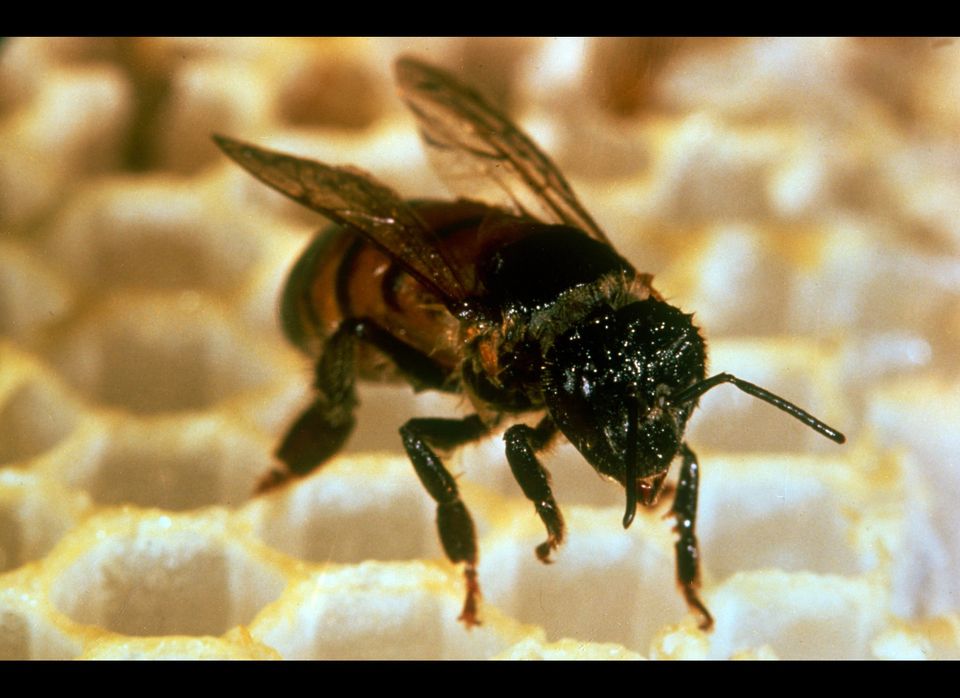 1 / 9
Africanized honeybee
In 1957 a <a href="http://entnemdept.ufl.edu/afbee/about_the_bee.shtml" target="_hplink">prominent scientist</a> imported African Honey Bees to his lab to breed them with native honey bees. A few bees escaped the lab, forming swarms that spread across South America and up into the southern United States. Now the "killer bees" have been <a href="http://entoplp.okstate.edu/ahb/" target="_hplink">confirmed</a> in Texas, Nevada, Arizona, California, and New Mexico. They are quick to defend themselves, and <a href="http://www.youtube.com/watch?v=d-7kKqgPEGs&feature=player_embedded#at=198" target="_hplink">have been known</a> to kill human and animals by inflicting 500 or more stings. They have also been known to chase someone for a quarter mile. If you encounter a swarm or disturb a nest the <a href="http://www.ars.usda.gov/Research/docs.htm?docid=11059" target="_hplink">USDA advises</a> you to RUN (their emphasis) and don’t stop running until you reach shelter or you’ve outrun them completely. Don’t jump in the water; they will wait for you to come up for air. Once you are in a safe place, pull out any stingers by scraping it out sideways with your nail or a credit card.
AP