For the first time ever, an uncollared Florida panther has been captured on camera moving her kittens to a new den in the 26,000-acre Florida Panther National Wildlife Refuge near Naples.

The images, snapped by the U.S. Fish and Wildlife Services' motion-triggered trail cameras, are a thrilling development for those working to save the endangered cats. A single population of 100-160 Florida panthers is all that's left of the subspecies, which once ranged throughout most of the southeastern United States but has been whittled to near-extinction by loss of habitat and human persecution.

Kevin Godsea, FWS's project leader of the SW Florida Gulf Coast Refuges, told HuffPost that the camera photographed the panther moving three different kittens over the course of 12 hours. Then, two months later, another camera in the area caught the group again, with all three youngsters following closely behind their mother.

"We don't get to see that that often," Godsea said, "and it's the first time it's ever been captured on film."

Godsea said researchers have known that Florida Panthers move their den sites for a variety of reasons, but it's impossible to know for sure why this momma cat made the decision. An inch of rain soaked the refuge the previous day, which might have prompted relocation to drier ground.

Sixty-one cameras have been set up so far throughout the refuge, monitoring not just panthers but prey densities of other wildlife including deer, hogs, bobcats, and bears. They also help USFWS researchers study management techniques, including the results of controlled burns, and help track those panthers outfitted with radio collars.

The work is crucial. Twenty-six of the panthers have died so far in 2012, making it one of the most deadly years on record according to the Florida Fish and Wildlife Conservation Commission (FWC). Sixteen of those deaths, including this adorable kitty, were caused by collisions with vehicles as development further encroaches into panther habitats.

According to the FWC’s Wildlife 2060 report, the single remaining population of panthers could lose 300,000 acres of roaming land by 2060, not helped by the fact that Gov. Rick Scott is bringing back a construction plan to build a highway corridor linking Orlando and Immokalee and scaling back on growth management laws that help wildlife.

While male panthers have ranged as far as central and northern Florida, officials have not documented a female in those areas since the 1970s, and in 1995 brought in 8 female pumas from Texas to help the refuge population stave off extinction and protect from problems caused by inbreeding. The offspring of those pumas are all considered Florida panthers, and officials have been tracking the group with transponder-equipped collars to study their movements and monitor threats and growth.

Fortunately, 40 panthers -- including 14 females -- have been born so far this year to collared panthers. Kittens born to uncollared mothers, like the three captured by the Naples cameras, are in addition to those newborns. 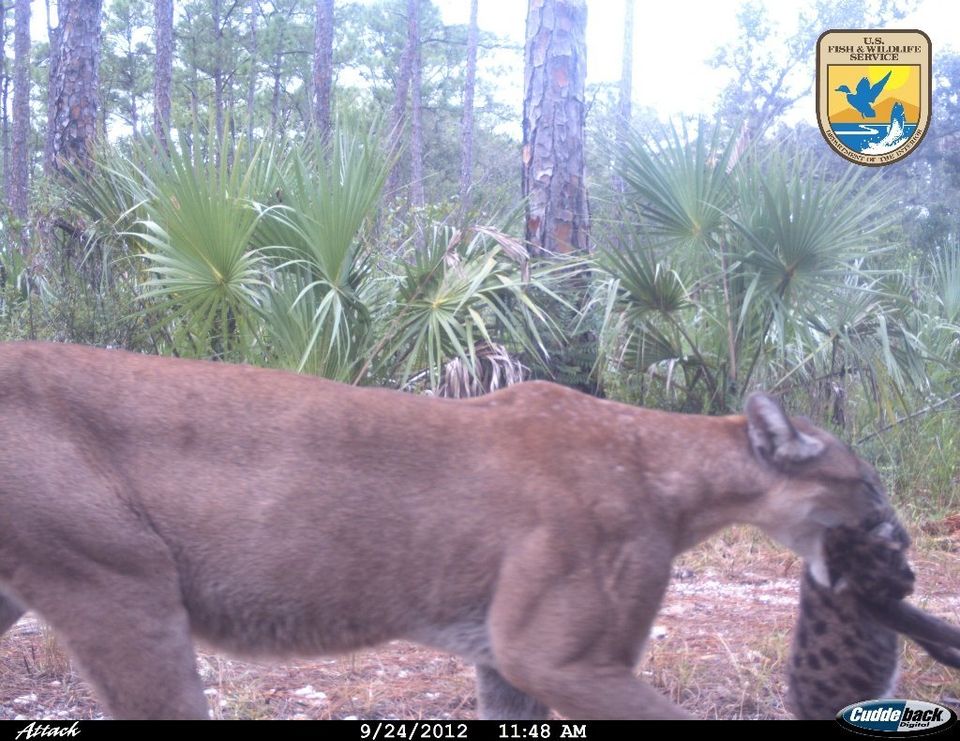 1 / 4
Captured on camera
Cameras installed in the Florida Panther National Wildlife Refuge captured an uncollared female panther moving three kittens to a new den. It was the first time such an even has been photographed. 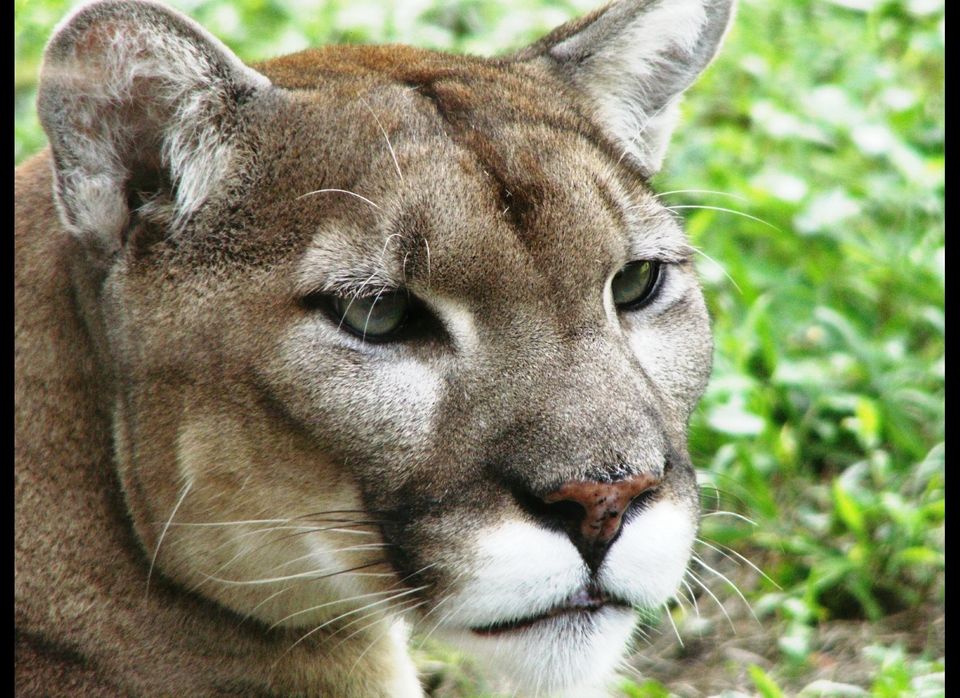