We have a sinking feeling this won't be the last time.

Another sinkhole has opened up in Florida, this time in the town of Holiday. At 10:45 a.m. on Monday, 63-year-old Anna Boi Jones noticed the tires on her Hyundai Accent sinking into the driveway cement. Minutes later, the car was found planted in a 10 foot by 10 foot hole in the ground, WTSP reported. 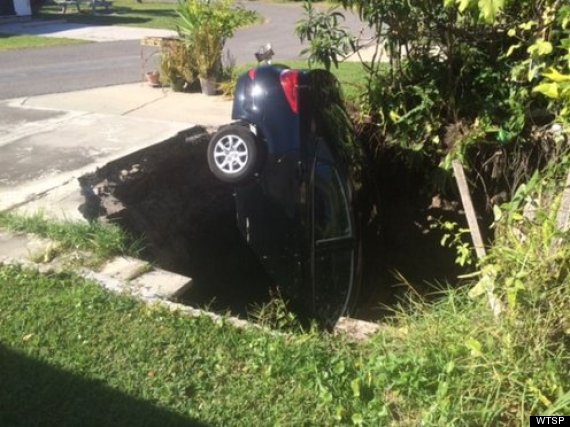 Geologists told the station that while the sinkhole doesn't appear to be getting wider, it is getting deeper. Florida's Emergency Management has evacuated a nearby home, and may evacuate five others in the area.

Florida is notorious for sinkholes, with more than 250 opening up last year alone, ABC reported. Seriously, there are a lot.

Sinkholes are commonly caused when water underneath the ground washes away limestone, causing the earth above to fall in.