MIAMI, March 17 (Reuters) - A legislative committee took a major step toward clarifying Florida's hotly debated 'stand your ground' self-defense law on Monday, approving some restrictions on its use and clarifying that the statute does not permit 'vigilantism' by neighborhood watch activists.

The compromise deal between supporters of the original 2005 statute and critics who want the law repealed, provides that no-one who initiates a violent confrontation may claim protection under the law.

It also requires police to set forth rules for neighborhood watch groups, specifically providing that patrol volunteers may only notify police about suspicious persons and not pursue or confront them.

The proposal resulted from the acquittal last year of George Zimmerman, a neighborhood watchman in central Florida who shot an unarmed black teenager, Trayvon Martin, to death. Zimmerman did not claim pre-trial immunity from prosecution under the 'stand your ground' self-defense clause, but the law allowing use of deadly force in situations of reasonable fear of injury was read to the jury in final instructions, creating confusion in the minds of some jurors.

"It is about protecting innocent people. The law is not intended to punish you for fighting back."

A House criminal justice panel has already rejected outright repeal of the law. The compromise was worked out between state Senator David Simmons, a Republican from Altamonte Springs who wrote the 2005 statute, and Senator Chris Smith, a Fort Lauderdale Democrat who wants the law repealed.

Simmons and Smith worked with prosecutors, public defenders and police agencies to tighten the law in response to the public furor over the Zimmerman verdict, which included a 31-day sit-in at the State Capitol last summer by a group called "Dream Defenders."

The new proposal also clarifies that a person shooting in self-defense will not be immune from civil suits by any innocent bystanders who are hurt. It also shifts the burden of proof from the defense to the prosecution in pre-trial hearings on use of the 'stand your ground' defense.

The bill spells out that guidelines issued by county sheriffs and city police must provide that crime-watch participants are barred "from confronting or attempting to apprehend a person suspected of improper or unlawful activity."

The volunteers could, however, intervene to rescue a person in danger or call out to warn off an assailant.

In the Trayvon Martin case, Zimmerman left his vehicle against the advice of a police dispatcher and pursued the youth, who was walking from a convenience store on a rainy night to the home where he staying in a gated community.

The Florida law more recently came under attack in the trial of Michael Dunn, who killed north Florida teenager Jordan Davis in a confrontation over loud rap music blasting from a car Davis and three other young black men were sitting in at a Jacksonville gas station.

Dunn, who said he thought he saw a shotgun or rifle barrel in the car, was convicted of three counts of attempted murder but his jury was unable to decide the murder count.

The Senate bill also provides a statement of "legislative intent," stating that the stand your ground law "is not intended to encourage vigilantism or acts of revenge, authorize the initiation of a confrontation as a pretext to respond with deadly force, or negate a duty to retreat for persons engaged in unlawful mutual combat."

The package now goes to the Senate Community Affairs Committee, then to the Rules Committee for scheduling of floor debate but the backing of the NRA gives it a strong chance of success. (Editing by David Adams and James Dalgleish) 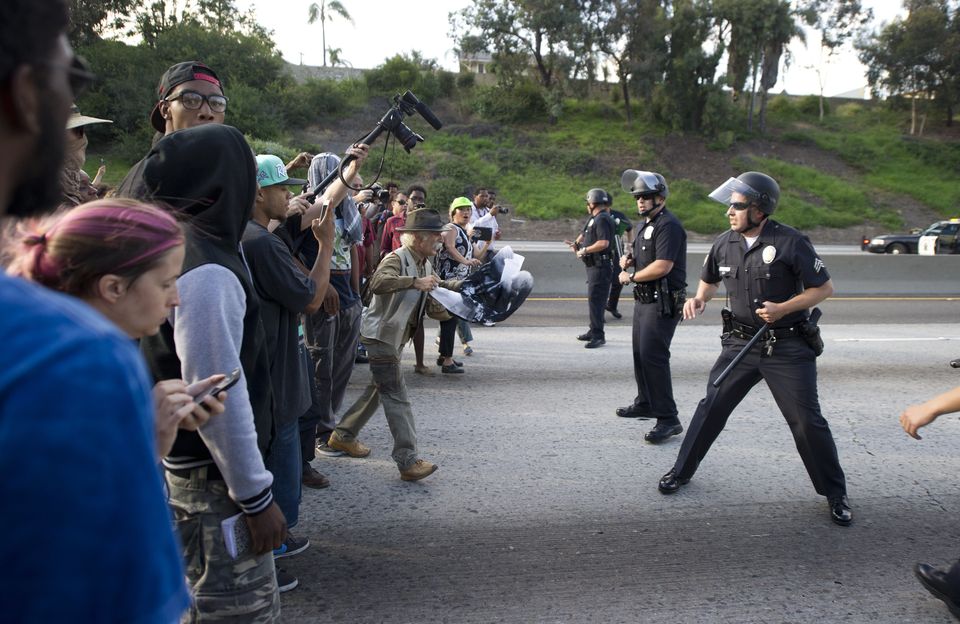