The indignities didn't stop for Florida State after the clock struck zero at the Rose Bowl. After being demolished by Oregon in a College Football Playoff semifinal, the defending national champion Seminoles drew criticism from ESPN commentator Kirk Herbstreit for an apparent lack of sportsmanship.

As noted by Herbstreit and his broadcast partner Chris Fowler, many Florida State players went directly to their locker room after the final whistle without shaking hands with Oregon players.

"That's disappointing that 70 percent of the Florida State team is in the locker room," Herbstreit said after Oregon's 59-20 win on Thursday. "It's easy to go across when you win a game to shake hands. You lose a game after 29 games and you can't come over and shake a hand of an Oregon player and tell him, 'Congratulations?'" 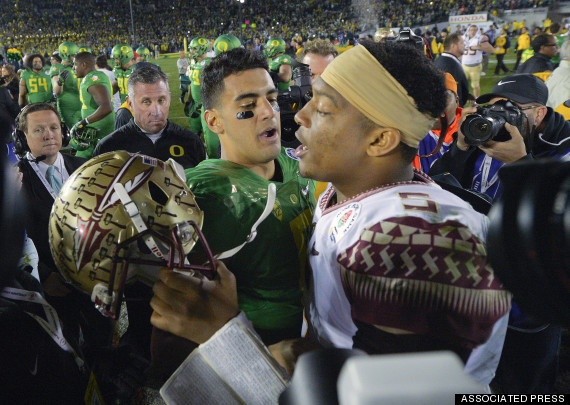 A day later, Herbstreit stood by his criticism of those FSU players who went straight to the locker room after the game.

I don't care if they were asked to leave the field-after any game you go across the field & shake hands-Jameis did, Jimbo did, R. Greene did