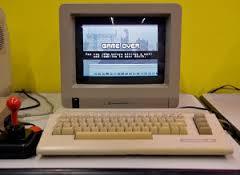 Standardized testing has been driving American education for over a decade, and even as the discussion and debate over the continued role of standardized testing in the long-overdue reauthorization of the Elementary and Secondary Education Act (ESEA) is in full swing, states nationwide are facing yet another round of the time, money, and manpower drain incurred by testing, testing, testing.

And even as former Florida Governor Jeb Bush "casually" decides he will go for that 2016 Oval Office position after all, the state in which he supposedly performed miracles of public education transformation is facing its 2014-15 go-around of testing, testing, testing.

That brings us to a very interesting video on the January 21, 2015, hearings of Florida's Senate Education PreK-12 Committee regarding Florida's technological readiness for their state assessments. At minute 31:22, Senator Bill Monfort states that the state's passing a law regarding technology does not mean districts can meet the demands of the law. At minute 33:41, Monfort asks Deputy Commissioner of Innovation Ron Nieto whether districts are currently technologically ready for state assessments; Nieto says that he will know that information in mid-February, but that "based on information that they certified, it appears that they should be ready."

Monfort replies, "If the answer is no, what's our plan?"

Nieto is silent for seven seconds. He then replies, "We'll determine that when we get that answer. I don't have an answer to that, sir."

At minute 34:10, Senator Don Gaetz begins asking questions. Here is the bomb he drops at minute 35:26:

I represent some rural districts as well as some medium-sized districts, and I asked a couple of superintendents if they would close the door, pull down the blinds, and tell me whether they're really ready, and they said they weren't. And I said, "Well, how did you handle that certification you had to sign?" And they said, "Well, we crossed our fingers because we were basically told if we didn't sign it, we would be held up to ridicule and probably punishment. But we're really not ready, and we expect there to be problems in the administration of the statewide assessment."

So, let me return to a question that Senator Monfort asked: Do we have any backup, paper-and-pencil backup, or any other kind of backup that we can use if we have a problem that is either systemic in nature or is district-specific in nature, or is specific even to a school? What do we do if we do have a problem of that nature? [Emphasis added.]

Nieto responds that the only pencil-and-paper tests are for special needs students; that technical glitches happen and that that is what the IT folks are for.

But you testified a few minutes ago that in some districts, the IT officer is a bus driver. And I like bus drivers, but that was your characterization. So, are you prepared to stick with your contention that then we have people in the districts capable, prepared, skilled, prepared in all ways to deal with problems I described? (Problems included needing to reboot a computer that froze up.) [Emphasis added.]

Nieto replied that he has worked with those rural school districts Gaetz described, and that "people really rally around everybody in the district when it come to this kind of support, and they have never failed to this point" and that he "can't imagine them backing down now."

So. The rural districts in which some Florida superintendents admitted signing a paper stating "technological readiness" while knowing that their districts are not ready will somehow "rally around" and produce the "support" necessary to pull off computerized state testing in Florida that begins full force in early March 2015 for grades 8 through 11 in English language arts (ELA) (writing component) and continues in April and May 2015 for grades 5 through 11 in ELA and grades 5 though 8 in math.

Just a reminder that Florida was once the fiscal agent for Partnership for Assessment of Readiness for College and Careers (PARCC), but it gave up that role in November 2013 at the urging of Florida Governor Rick Scott, who communicated to the Florida State Board of Education in September 2013 that he wanted Florida out of PARCC.

I suspect that Florida is not alone in either having officials bend to top-down bullying to falsify technological readiness for testing or in having questionable assistance with trying to pull off its role in the America-As-Global-Competitive testing farce.

It is beyond time to kill the federally-mandated testing beast.

Schneider is a southern Louisiana native, career teacher, trained researcher, and author of the ed reform whistle blower, A Chronicle of Echoes: Who's Who In the Implosion of American Public Education